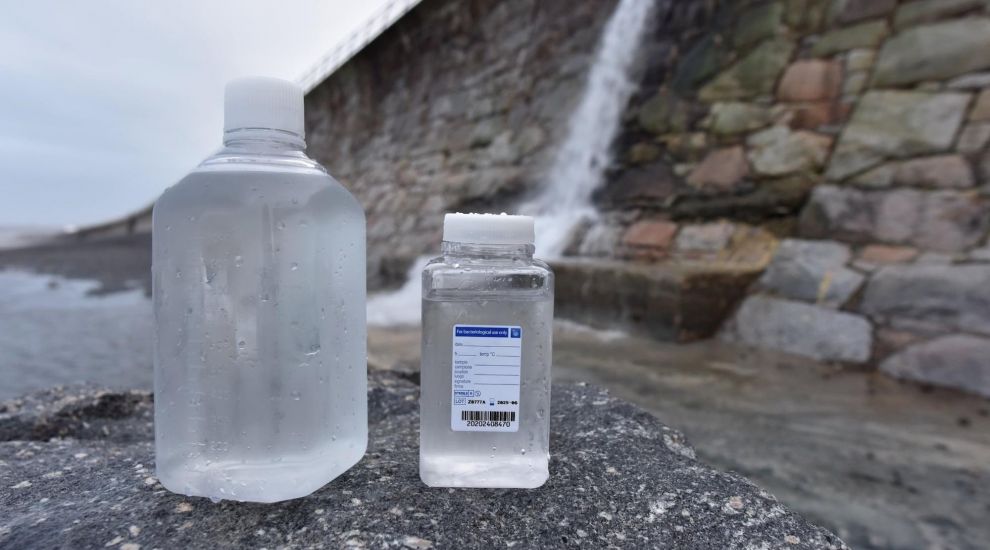 Surfing’s governing body in Jersey has sent water samples for testing after beach users voiced concern about the cleanliness of an outflow in St. Ouen’s Bay.

Water is pouring out of a pipe in the sea wall at Le Port due to recent heavy rain. Its flow is so great that a groyne has recently been built to direct it down the beach and out to sea.

David Ferguson, President of the Channel Islands Surfing Federation, said he had collected the water from the outflow and taken it to the States Analyst, who will test it for bacteria and metals.

Video: Construction of the new groyne earlier this week.

“We are doing this out of a duty of care to all beach users, as well as concern and curiosity of what might be in the water,” he said.

“Hopefully, it will put people’s minds at rest but at least we will have the data, which we will share it with other organisations, including Save Our Shoreline, who have long campaigned for cleaner water.” 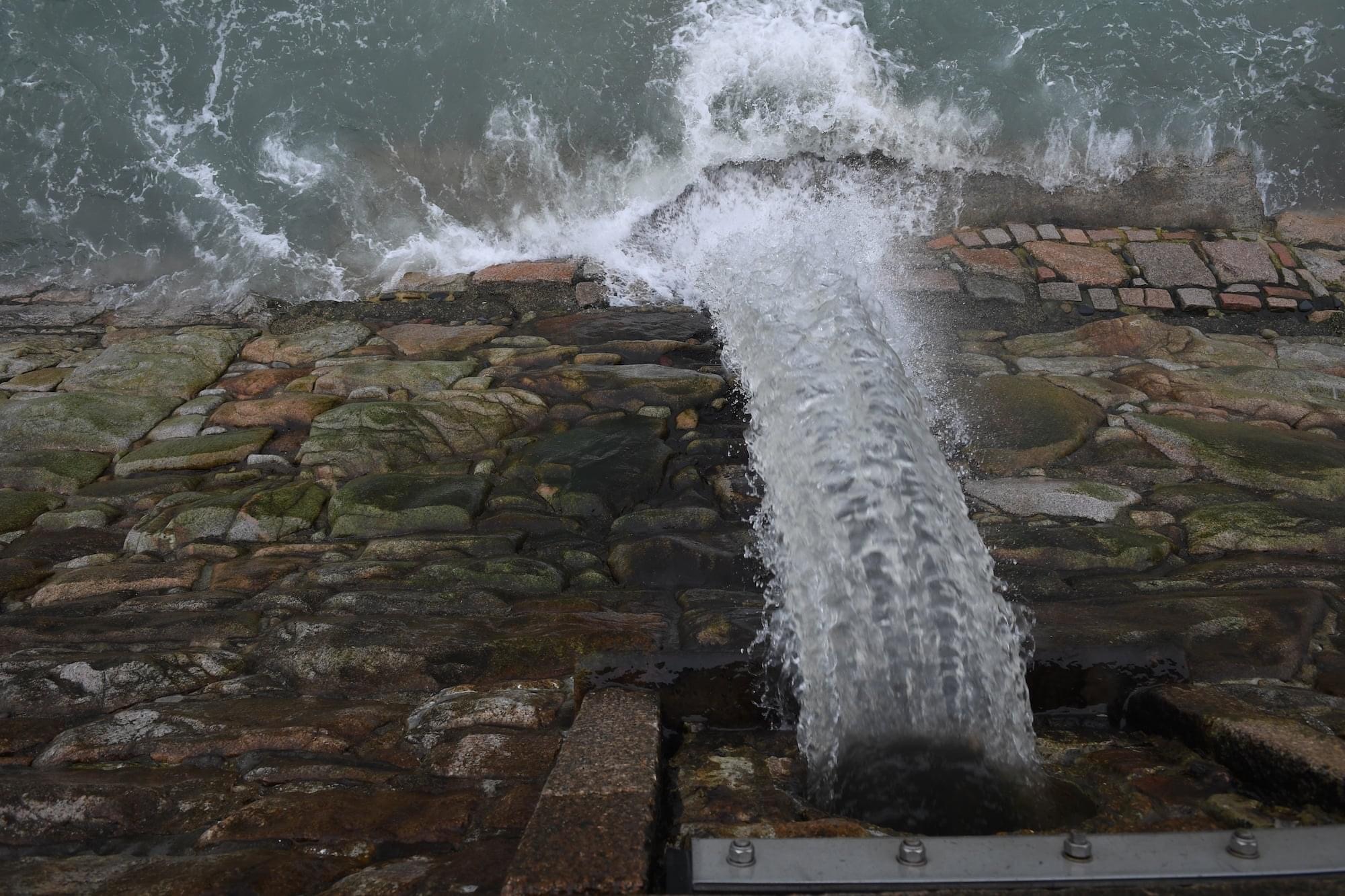 Pictured: The outflow at Le Port, which is pouring at the moment due to the recent rain.

Recently, the pipe has been flowing strongly because the culvert that feeds it is taking water from the sand quarry on the other side of the Five Mile Road, in addition to water flowing down Jubilee Hill and other streams in its catchment.

A spokesperson for Simon Sand and Gravel, which runs the quarry - which includes a large expanse of water - said that the company abstracted water from the quarry into the culvert to prevent flooding only when absolutely necessary, and it it had all the required licences and permits from the Government to do so.

“Naturally, the St. Ouen’s Bay aquifer percolates its way through the sand and out to the beach and when we get higher than normal rainfall, as we have this winter, it becomes necessary to assist this natural process to prevent flooding,” they said.

“This aquifer is the same body of water that is found in St. Ouen’s Pond and the National Trust also controls the pond level by using a culvert through the sea wall that exits out on the beach.”

The spokesperson added that it was entirely possible that the tests that the CISF had sent for analysis would contain some contaminants.

“A culvert’s main function is to capture surface rainwater that falls on the road and surrounding land to direct it out to sea. Pesticides washed off fields, oils from roads and many other contaminants will probably be present in the water.” 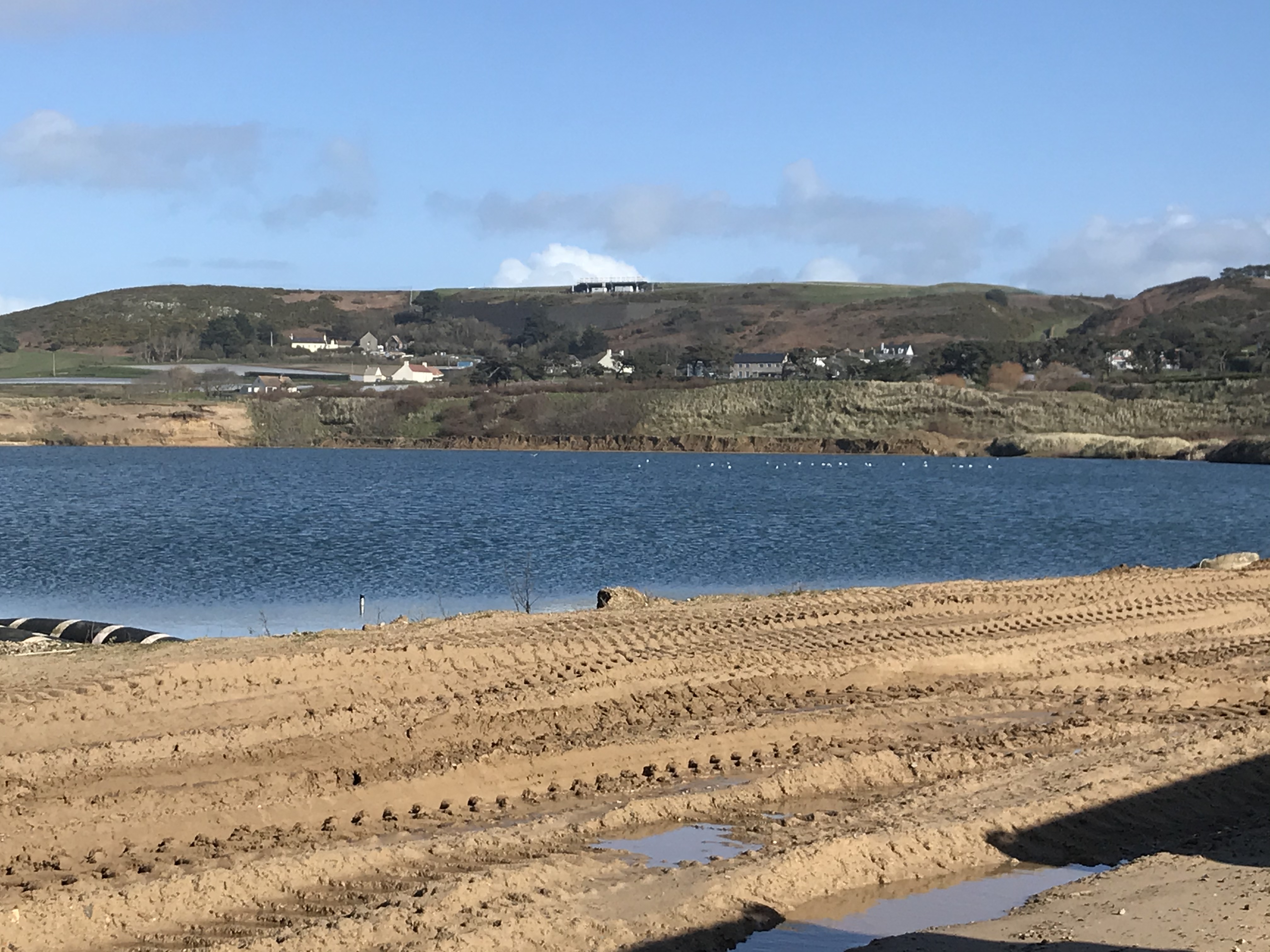 Pictured: The Simon Sand and Gravel quarry has filled up with water so the excess is being diverted into St. Ouen’s Bay to allow sand to be extracted.

The spokesperson added that it was an established fact that the water in the sandpit also contained high levels of PFOS, a man-made and now-banned chemical that was an ingredient in firefighting foam sprayed at the Airport.

As previously reported by Express, a number of residents in the area strongly believe that PFOS has been a cause of illness in humans and animals.

However, the Government says there is no evidence that PFOS is harmful to human health. The States Analyst is not testing for this chemical from the CISF samples.

The sand quarry spokesperson also explained why large boulders have recently been positioned in a line on the beach at the base of the outfall. 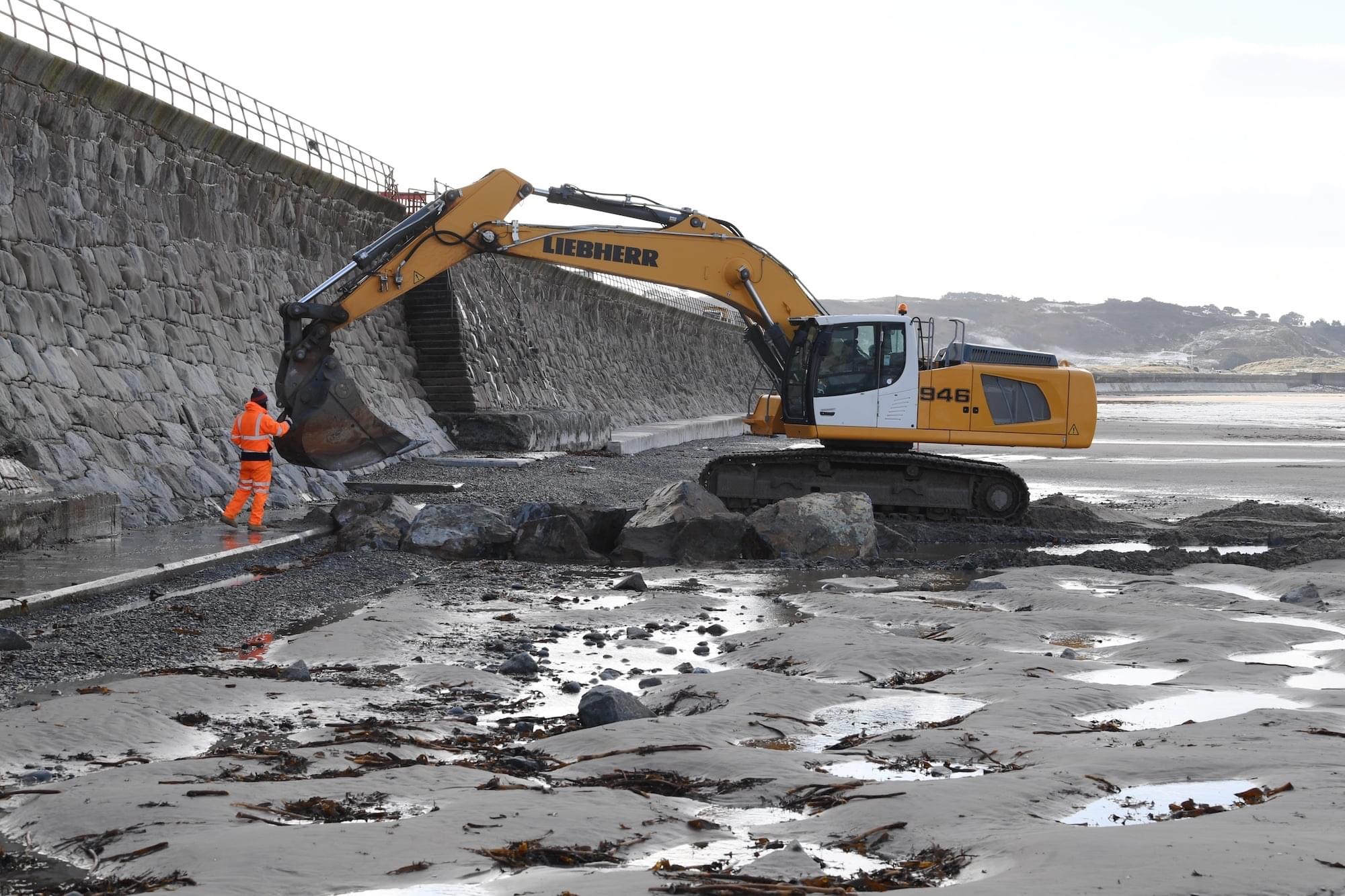 Pictured: An Infrastructure team constructs a groyne to direct the water from the outflow towards the sea.

“The positioning of the groyne was a collaboration between us and the Department of Infrastructure and serves three purposes: it directs the water down the beach and away from the sea wall, it provides protection to the exposed underpinning of the sea wall in front of El Tico; and it allows the quarry to maintain sand products to the construction industry.

“The cost of the rocks from Ronez quarry and their transportation was covered by Simon Sands and Gravel and the groyne was built by the coastal protection unit at Infrastructure, who will also continue to manage the situation.”

The spokesperson added that water from the outfall had not been responsible for a recent large hole appearing close to El Tico. This, they said, had been caused by the normal shifting of beach sand, combined with currents, rips and winter swells pounding the sea wall.

St. Ouen outfall water found to be safe after testing

“Stay safe if you swim on Christmas Day”