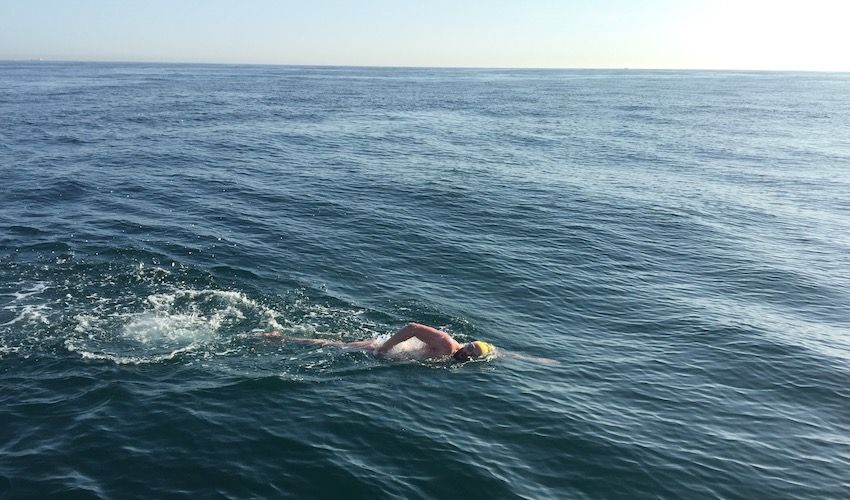 A 29-year-old Jerseyman has braved chilly waters, "ridiculous" tan lines and jellyfish stings in a swim across the English Channel in memory of his father-in-law, who passed away due to a brain tumour.

Alex Begg’s efforts – which included a very early wake up call on the day of his swim last week – have so far helped raise almost £20,000 for the Brian Cross Memorial Trust and the Brain Tumour Charity.

Born and raised in Jersey, Alex learned how to swim at a young age with “celebrated swimmer” Sally Minty-Gravett, who also helped him fill in his application form for his Channel swim attempt. He then went on to compete with the Jersey Swimming Club, under the coaching of Bill Davies.

After focusing on other sports for a while, Alex says he rediscovered his love for swimming in his mid-20s and started challenging himself to do longer distances.

While last week was his first attempt at swimming the Channel, Alex is no stranger to open water swimming. In his youth, he regularly took part in the Castle to Harbour and Green Island to Havre des Pas swims.

In more recent years, Alex, who is now living in the UK, has been swimming in the Lake District with his father and slowly increasing the distance at every swim. But earlier this year, he decided to set himself a new challenge: swimming the English Channel.

“I like setting myself challenges,” he explained. “It was my way of mixing my love for the sea and my love of a challenge. The English Channel is also the iconic and ultimate swimming challenge.” 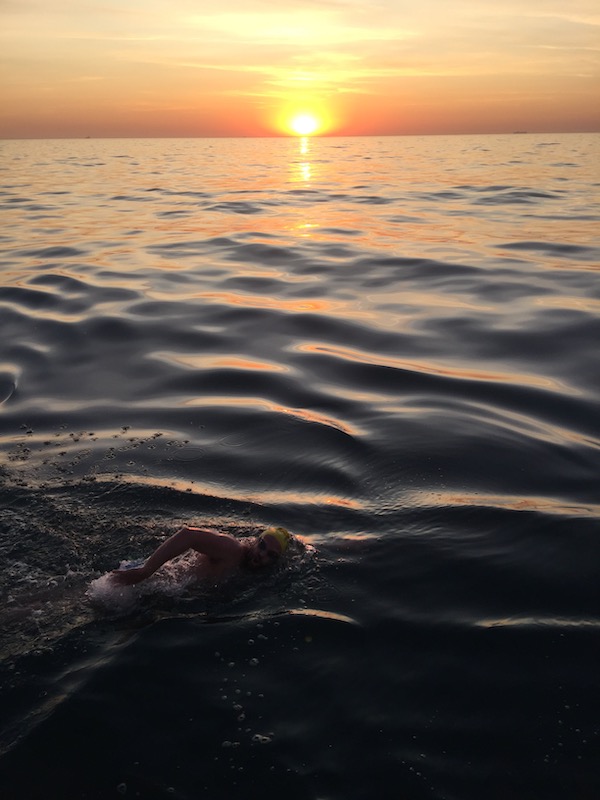 Alex trained for many months for the swim, starting early on by doing swims around different parts of the island with Sally. “I have done an awful lot of swimming this year, it’s been incredibly physically demanding,” he said.

“In January, February, I started doing 25 to 35km a week, which adds up to eight or nine hours in the pool, which is obviously around full-time work. It leaves very little space for anything else, it’s been really, really tough.”

In April, Alex started getting in the sea to acclimatise to “cooler water”.

“I was slowly building up my tolerance to stay in quite cold temperatures for a long period of time.” 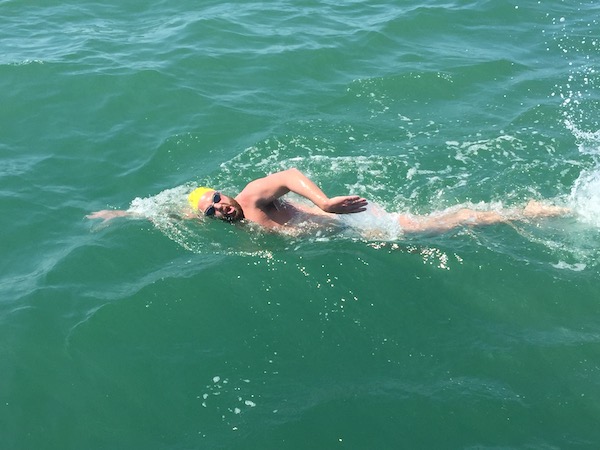 “You need to keep everything in perspective, because one degree makes a big difference,” Alex said. “If you swim for 10 or 15 minutes and it’s 10 degrees, you need to remember that the next time it will be a little bit warmer."

The swimmer said he also put on “a little bit of weight” to make his body more capable of withstanding a long swim in cold water.

All his efforts proved valuable when he set off for his swim at 01:30 on 23 July.

“It was a midnight alarm and you are there trying to put sun cream on and eating your breakfast,” Alex said, adding that the sun cream didn’t prevent him from getting “a ridiculous tan line” which still persists to this day on his forehead. 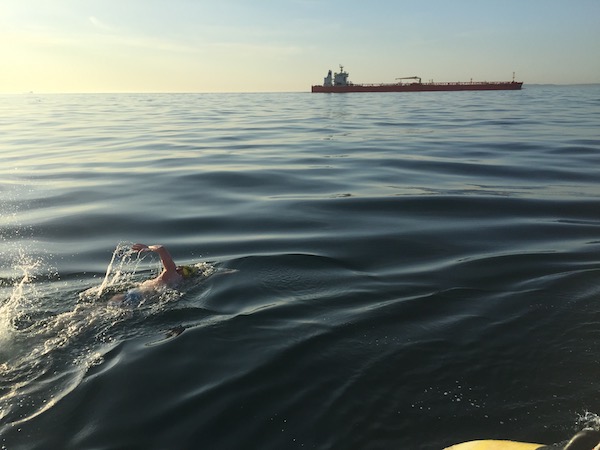 A beautiful sunrise luckily lifted his spirits after a few hours in darkness and Alex says he was really pleased to complete and also very happy to land on the right part of the coast, which saved him a couple of extra hours swimming. The swim wasn't without difficulty, however. “I got stung a lot by jellyfish, which was not very nice,” Alex admitted.

He completed the swim in exactly 11 hours, just 40 minutes more than the record held by islander behind Richard Flambard in 1989 of 10 hours 20 minutes.

As hard as the training and the actual swim was, Alex says he was “really motivated for a cause” - raising funds for charity in memory of Brian Cross, the father of his wife, Rosie.

Brian died 14 years ago in his early 60s due to a brain tumour. 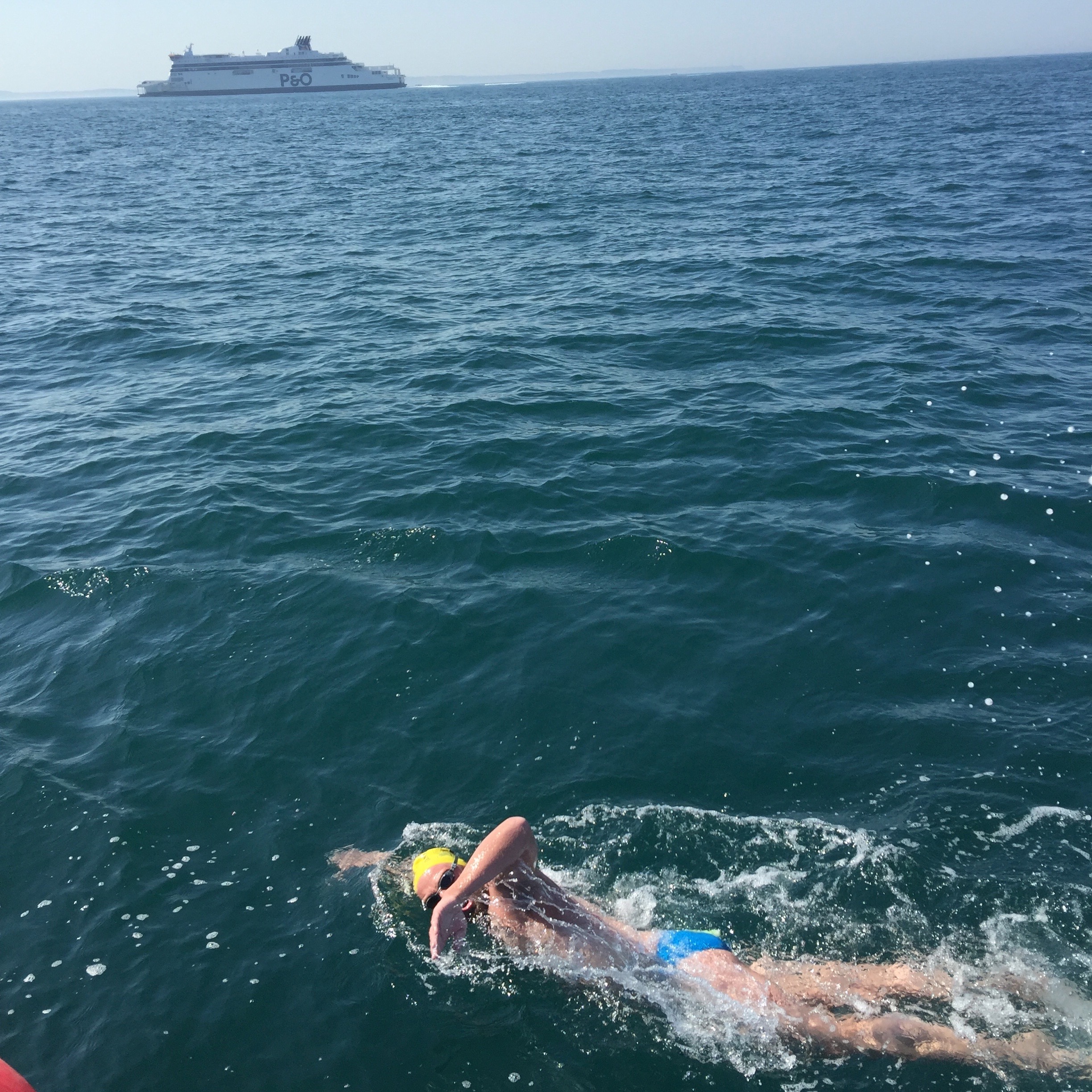 Pictured: Alex completed the swim in memory of his father-in-law.

The family has since set up the Brian Cross Memorial Trust to raise awareness and vital funds for research into brain tumours, as well as support different projects around the UK. “I was really keen to play my part to something for that cause,” Alex said.

“The statistics that really stick with me is that brain tumour is the biggest cancer killer of children and adults under 40 but it receives only 1% of funding for research. It is not only a cause close to my heart, but also an underfunded area that is capable of improving a lot.”

Thanks to an “incredibly generous” matched donation up to £10,000, Alex is very close to reaching his £20,000 fundraising target. At the time of writing, he is nearing the £9,000 mark on his fundraising page.