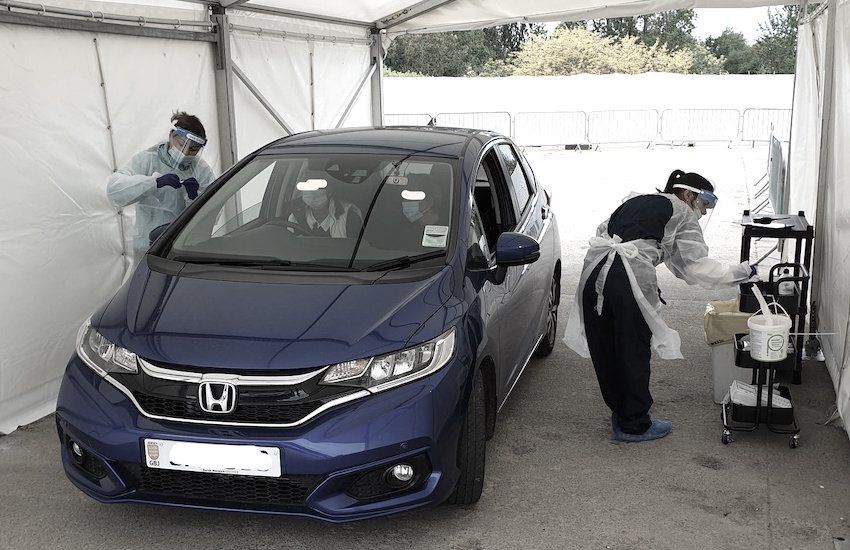 The Tamba-based drive-through antibody testing facility will be closing down tomorrow after six weeks in operation and over 1,400 tests, with the company behind it saying it has run “its natural course."

Orchid Care Services was offering pinprick blood tests to islanders at a cost of £74.95 to adults, and £50 to frontline workers, before reducing their prices two weeks ago.

News of the launch in May was first shared on Facebook by 'Ruffs Kitchens' - a page initially sharing the work of a charity founded by Tamba entrepreneur Jonathan Ruff, but which has since been used to promote sales of PPE items.

However, Orchid's Managing Director James Ahier told Express that Mr Ruff was not a partner in the venture, which it's claimed took £75,000 to set up, and did not have any financial interest in it.

Despite its short life, the facility encountered a fair share of controversy. Within hours of the facility launching, Government officials warned islanders to be "extremely cautious before giving their blood in a setting that we cannot verify meets clinical standards for care".

Express then revealed the Information Commissioner Paul Vane would be looking into the private facility to review its medical information handling processes,

Then Trading Standards - a body tasked with ensuring products and services comply with consumer rights laws – launched their own investigation.

Pictured: Deputy Richard Renouf should be bringing forward plans for the regulation of testing facilities by 1 July.

His proposals were adopted by the Assembly just two weeks ago at the same time the Health Minister revealed some of the details of his regulation plans – which are due to be published on Wednesday, the day after the facility’s closes.

He also proposed a separate piece of legislation giving powers to the Medical Officer for Health to publish standards for private testing facilities and allowing Health Officers to inspect all aspects of testing to ensure standards are adhered to.

If a provider does not adhere to the standards, the officers would be able to make recommendations. If the breaches are too serious, the Health Minister will be able to ask the Chief Minister to revoke a business’ licence or make them cease all work immediately.

Orchid Care Services announced they would be shutting down the facility on 25 June in a post published on their Facebook page, stating the move was due to a lack of demand.

“It has been a very busy six weeks for us at our drive through testing centre,” the post read.

“The time has now come for us to close its doors. We truly appreciate the great feedback received and support shown by the public with this project, amid the initial unexpected backlash from some media channels and government.

“We are pleased that the drive through has run its natural course, however we cannot keep it open without demand for this service, as costs are incurred daily.”

The news comes just three weeks after LV Pharmacy launched an antibody testing programme in pharmacies, saying it would enable islanders to get tested for covid-19 antibodies in a clinical setting.

Orchid Care Services said they will now focus on testing in the workplace and in islanders’ homes.