Teachers’ strike to close all but two States schools 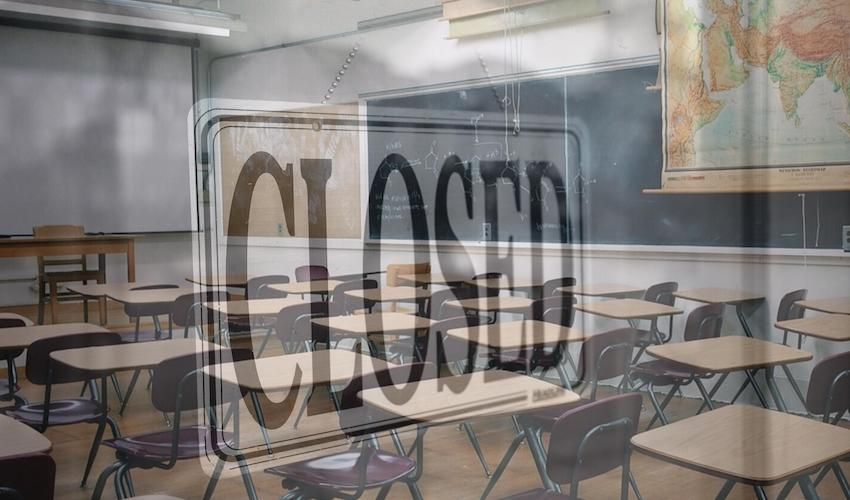 Teachers’ strike to close all but two States schools

Nearly all of Jersey’s States schools, including Victoria College and JCG, will be closed on Tuesday due to the second round of teacher strike action, as hundreds retaliate to the embittered row over pay - just two will remain open.

With the exception of La Moye and St. John’s, all of the island’s schools – including Highlands College – that have been affected by the government's pay offer will be closed or partially closed due to Jersey’s biggest teaching union going on strike to protest the unresolved pay dispute.

Members of NASUWT voted overwhelmingly to reject the latest pay offer made to them by the States after negotiations failed to resolve the ongoing dispute.

Headteachers have now reviewed their plans to see whether or not they can safely open their schools, and only two primary schools are going to remain fully open on the day of the strike.

The government has issued tables detailing how each of Jersey’s schools are going to be affected. 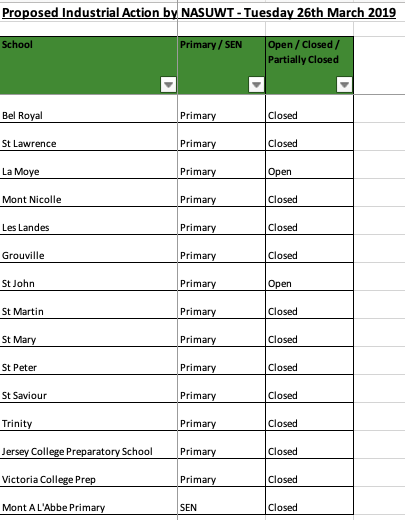 Pictured: All primary schools are closed due to the strike action except two.

La Moye and St. John’s School have reportedly very few NASUWT members employed and so the decision has been taken that school management will be able to cover absences.

Facilities at several secondary schools and Highlands College will remain open if those with exams want to go in for revision or private study.

Pictured: Secondary schools will all be closed or partially closed due to the strike action.

All schools which are closing will also remain open as workplaces for teaching staff who are not going on strike as well as for staff from other pay groups who are not engaging in industrial action.

This news comes as the States face a fresh debate on Deputy Geoff Southern’s proposition to raid government coffers to supplement the pay deals offered to public sector staff on the same day that hundreds of teaching staff will be going on strike.

This renewed bid has prompted harsh words to fly between politicians who sit on the States Employment Board (SEB) defending their pay offer and a senior civil service union representative accusing them of "spin" in the form of open letters to States Members ahead of the vote.

Schools have written to parents and carers to inform them of the plans for next week.

Fully private schools, which didn't come under the government pay offer, will not be affected.