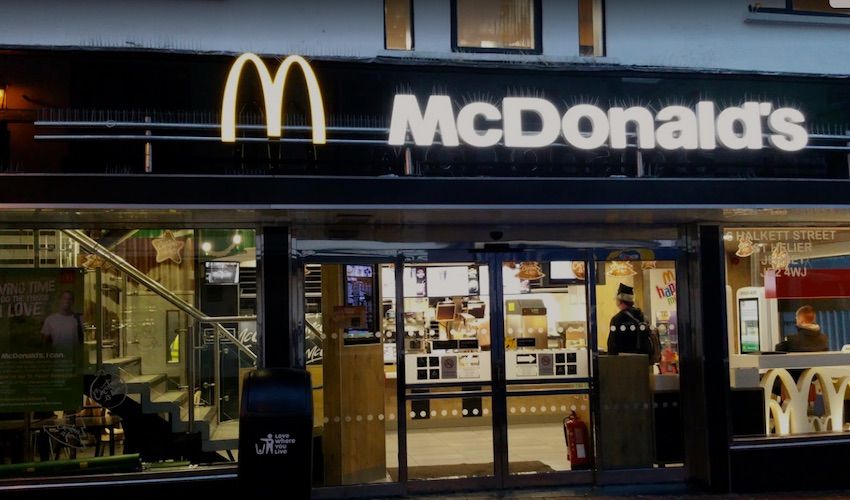 A teenage boy was knocked unconscious and had to be taken to A&E for treatment following a fight outside McDonalds, Police have said in an appeal for witnesses.

The altercation happened around 18:40 on Monday.

The 17-year-old, who was described as being of “slender build and wearing a dark-coloured sweater and grey jogging bottoms”, was knocked unconscious during the brawl.

Pictured: The fight happened in Hilgrove Street, near McDonalds.

He also suffered a cut to his right eyebrow, leading him to be taken to the hospital’s Emergency Department for treatment.

Police said they believed the person who caused the injuries was known to the teen, and are urging the public to get in touch if they have more information.

Anyone who witnessed the event or may be able to identify those involved can call Police on 612612 or make an anonymous report via Crimestoppers’ online form.