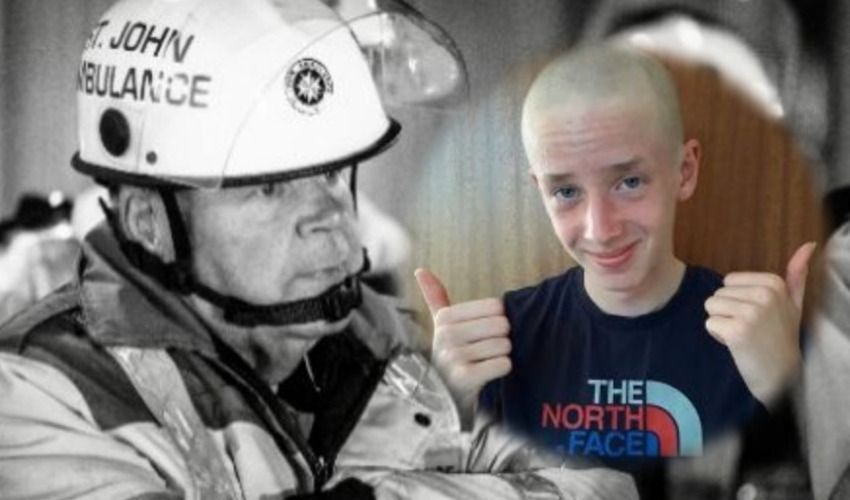 A Jersey teen has raised £400 for a local stroke charity by shaving his curly blonde locks in memory of a devoted local first aider, with whom he spent hours volunteering since the age of five.

Peter Lozach, who spent 500 hours annually helping the injured at events, and training others in basic medical treatment over a 17-year period at St. John Ambulance and then Normandy Rescue, passed away last month following a stroke.

Having lost two of his aunts and his grandmother to stroke, Mr Lozach's passing "brought everything back" from Adam Gavey.

It was for that reason the 14-year-old came up with a quirky idea to raise money for the Stroke Association. 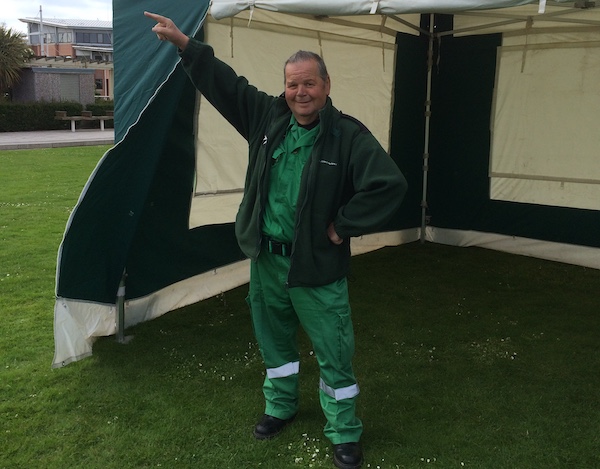 Pictured: "There was always laughter" when Mr Lozach was volunteering at an event.

Adam first met Mr Lozach when he was “quite small” upon joining St. John Ambulance where his mother, Catherine, and most of his family also volunteered. “It is quite enjoyable to help people and it’s a good place to make friends,” Adam said of his volunteering experience.

Adam also volunteered with Mr Lozach at Normandy Rescue and remembers him as a “nice guy.”

“I used to do lots of first aid training with him and go out on duties with him,” the teenager wrote on his fundraising page. “He was always very kind to me and happy to answer my questions and show me how equipment worked.”

Video: Adam getting his head shaved.

To support the Stroke Association, Adam decided to shave off his thick curly hair.

“I wanted to raise money and I wanted to do something quite big. I wanted to help, and I decided to cut my hair. It is the first time my hair is so short. I shaved it off at St. John Ambulance and had to keep a hat on so [my head] wouldn’t get sun burnt.

“It feels more meaningful; it will last with me for a while. The Stroke Association is a good cause, so it was very worth it.” 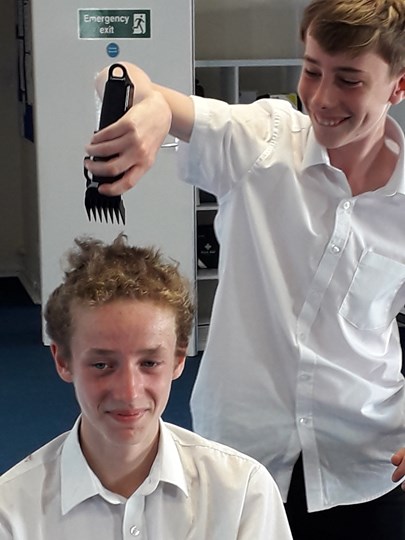 Pictured: Adam said it is the first time his hair is so short.

St. John Ambulance were impressed by Adam's dedication, saying that the young man "demonstrated a great way of raising money for charity and keeping the values of SJA."

While his new hairstyle - which has so far smashed its £250 target to raise £400 for the Stroke Association - might not be to every parents' taste, Adam's mum said she couldn't possibly have turned down his fundraising idea.

"I think it suits him,” Catherine said. “I am so proud of my son for doing that.” 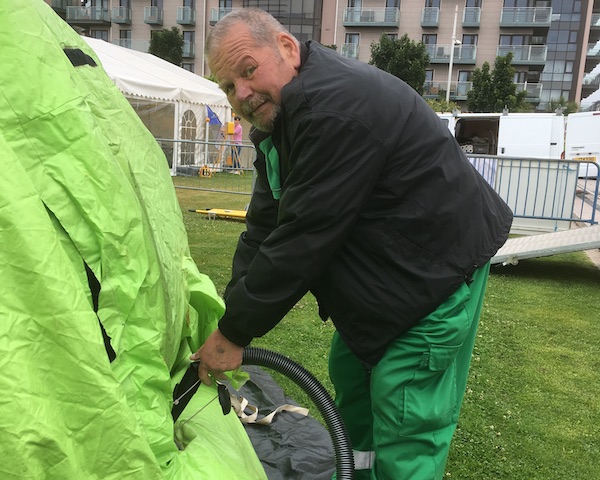 Pictured: Peter Lozach is remembered by many as a great trainer and "lovely" man.

Speaking of Mr Lozach, she added: “Peter was always there to do all the duties or training up on Wednesdays. He was a lovely bloke, always happy to help you. It was a very sad loss.”

Dozens of volunteers from both St. John Ambulance and Normandy Rescue paid tribute to Peter after his death, describing him as a gentleman, as well as "a great man, [with] a world of knowledge he was always happy to share", and "a great trainer and community spirited man."

You can make a donation to Adam's JustGiving page by clicking here.