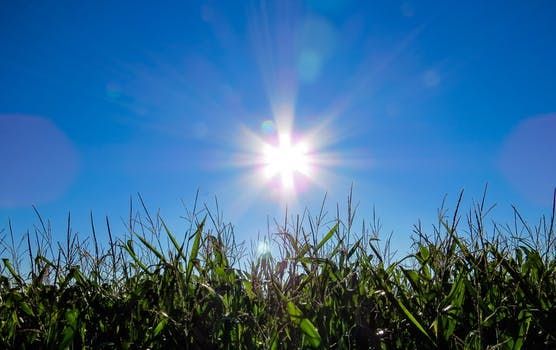 April may be known for its showers, but it seems the month will be remembered for its summer-like temperatures in 2018, as islanders are set to enjoy almost record-breaking heat.

Jersey Met are forecasting 24 degrees on Wednesday, which is 11 degrees higher than the average temperature for 18th April.

If thermometers reach higher than forecast, we could see a new record for 18 April which currently stands at 24.8 degrees recorded in 1945.

Duty Forecaster, Sharon Merren explained the warmer than normal weather is due to a “deep area of low pressure over the Atlantic, which is building a ridge of high pressure over Europe. The southerly wind today will turn south easterly, bringing warmer temperatures from the continent.”

It may come as quite a shock to islanders, who were wrapped up for 15 degrees only a week ago. But the heatwave won’t last as the winds are forecast to turn variable, dropping the weather down to around 21 or 22 degrees for the rest of the week.  Mrs Merren says the change in wind direction will bring the “mist and fog over the Channel, which will cool things down.”

Pictured: Jersey Met have forecast 24 degrees tomorrow, which is 11 degrees higher than the average temperature for 18 April.

So islanders may be digging out their summer wardrobe for the hottest day since 29 August 2017, when the mercury tipped 25 degrees.

Jersey Met strongly advise people not to be caught out by the UV 6 rays, and to check sun protection and sun exposure information under the UV index information in the weather section on the gov.je website.