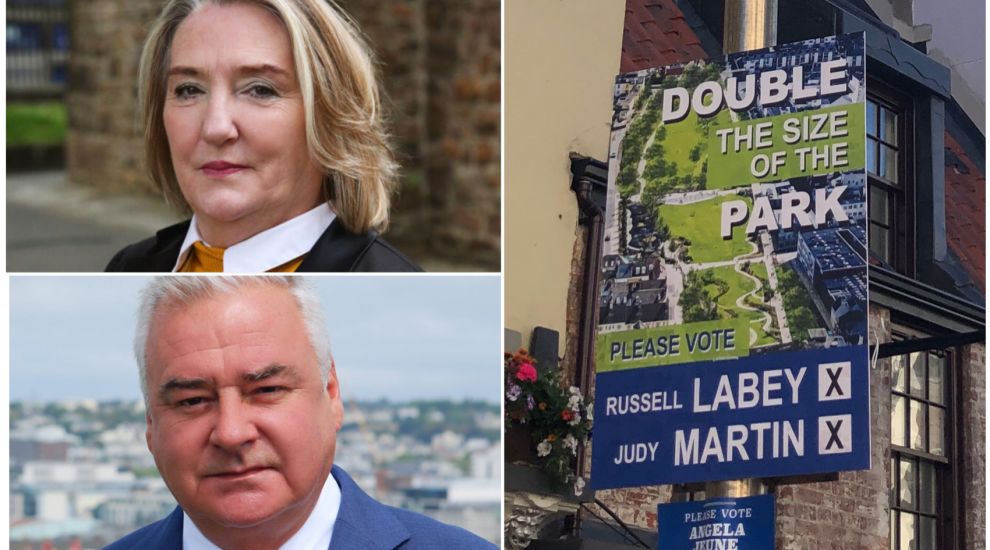 A pledge to work together to double the size of Millennium Town Park was not enough to keep the longest serving female Deputy and the Housing Minister safe.

Judy Martin was first elected to the States Assembly as Deputy of St. Helier No. 1 in the year 2000, while Russell Labey joined in 2014.

In 2018, the pair successfully returned to the States Assembly alongside running mate Scott Wickenden. They had told voters that they worked well together representing the area.

The trio all went on to take up Ministerial roles in Senator Le Fondré’s government – Deputy Martin as Social Security Minister from the start, while Deputy Labey and Deputy Wickenden took responsibility for Housing and Education respectively towards the end of the term.

Deputy Martin and Wickenden were among the original backers of the Jersey Alliance Party, which fired up in 2021, but ultimately decided that she would not run under their banner in the 2022 election.

In fact, Deputy Wickenden decided not to run at all, stating that he wished to return to the private sector to work.

Deputy Labey decided to run once more, however, and the pair teamed up again.

In campaign literature, they spoke of their joint work and together made a pledge to push for the expansion of Milennium Park.

This was not, however, enough to pull them through.

Some have speculated that voters may have punished Deputy Labey for his work as former Chair of the Privileges and Procedures Committee, which oversaw the electoral reforms that scrapped the island-wide mandate with Senators and saw nine districts created.

Both were in the area of the Post Horn as results came in last night, but neither wished to be interviewed or photographed at the time.

Among Deputy Martin's key achievements as Social Security Minister were introducing six weeks of paid parental leave for all working parents, increasing Social Security/Long-Term Care caps, and securing free GP surgery visits for children in Income Support families up to the age of 17.

Deputy Labey, meanwhile, had asked voters to allow him to continue the work he had started as Housing Minister, which included setting up a Rent Tribunal.

Those in bold were elected: