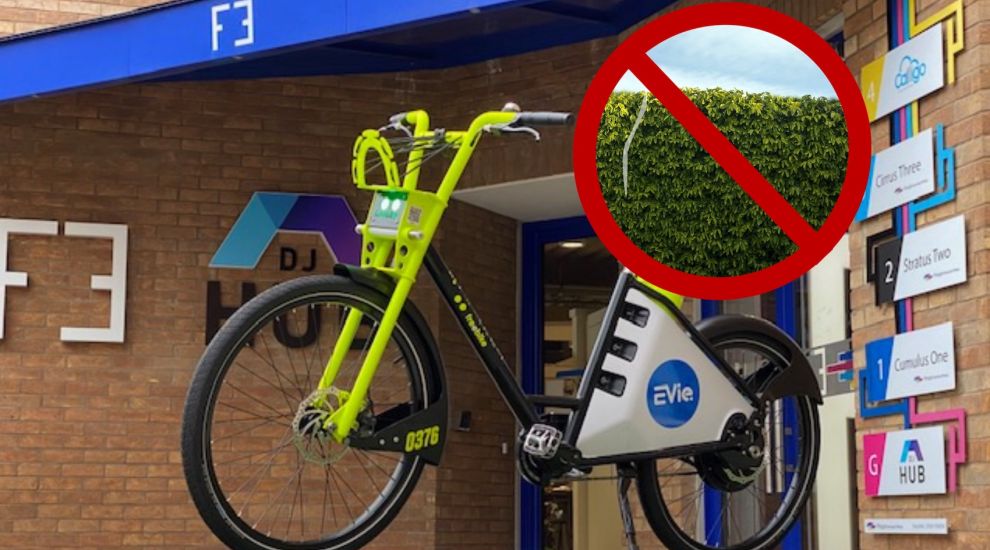 Cyclists of EVieBikes are being asked to keep the e-bikes on the road and out of the hedges, following reports of damage and "disrespectful" behaviour.

Last month, the company emailed users "to remind everyone to abide by the laws of the island and of the road."

“The behaviour of a few people is threatening to ruin the enjoyment of the many," they warned.

"Please note, we have agreed to assist the Police with criminal investigations involving EVieBikes."

Pictured: EVieBike has said it would assist police in investigations if needed.

Director of EVieBike, Gavin Breeze, explained why it had been necessary to issue the reminder.

“One of the sad realities is that once the bikes are hired we are not in control of what riders do on the bikes, and we have heard anecdotes of people not behaving necessarily as you or I might, that’s not helpful and it’s not helpful to the general public," he told Express.

“One of the problems with having a shared vehicle is that simply do not treat them in the same way they treat their own bike or car. We’ve been subjected to some significant damage on the bikes and leaving them in places that are disrespectful for neighbours - hedgerows, streets.”

However, he added that while they cannot directly prevent people behaving that way and leaving the bikes, the company “sends teams out beginning at 05:00 in the morning to mop them all up” and are constantly encouraging people to abide by the law of the island.

He also said that if Police were pressing charges and needed names, EVieBike would be willing to co-operate.

Posted by Keith Marsh on Sep 18th, 2020
Seems a massive shame that, as always, the few are spoiling it for everyone ~ perhaps a large deposit might make a difference.
To place a comment please login Login »