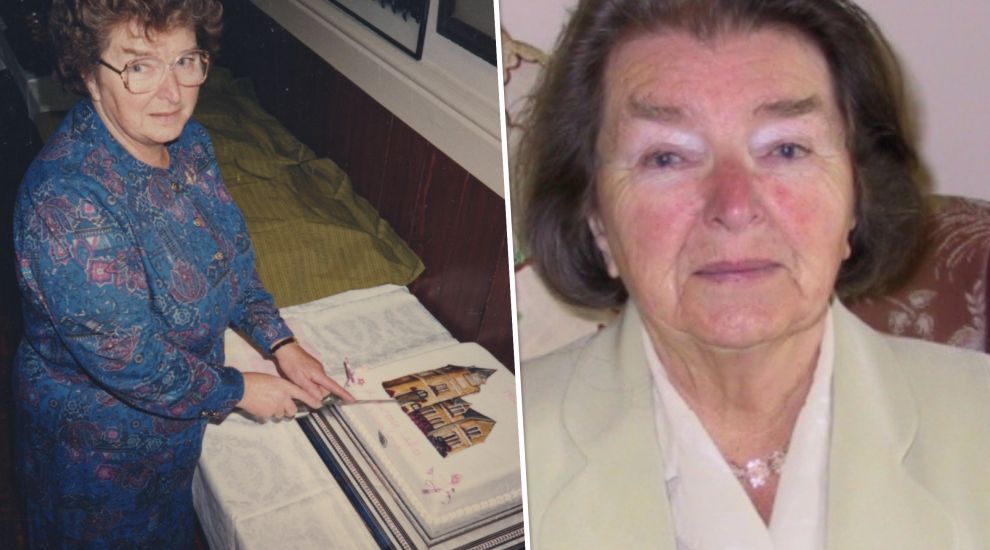 Jersey's first female Constable has today been remembered as a forthright and community-conscious "trail-blazer", who left a lasting impact on the island's education system, after she passed away aged 93.

Iris Le Feuvre MBE, who died on Tuesday, was a much-loved and respected political and community leader.

She will not only be remembered for being the first ‘mother’ of a parish but also presiding over the Education Committee at a time of important change.

He said: “It is with sadness that I have learnt of the passing of a former States Member, Iris Le Feuvre MBE. Mrs Le Feuvre was the Island’s first female Connétable and served the island for 19 years, first as a Deputy for St Lawrence from December 1978 and then as Connétable of that Parish from June 1984 until her retirement in February 2000.

“During that time she was an active member of the Assembly and served on a variety of Committees, but it was as Education President that she will be best remembered and it was during her tenure that the new Haute Vallée School was built to replace d’Hautrée. 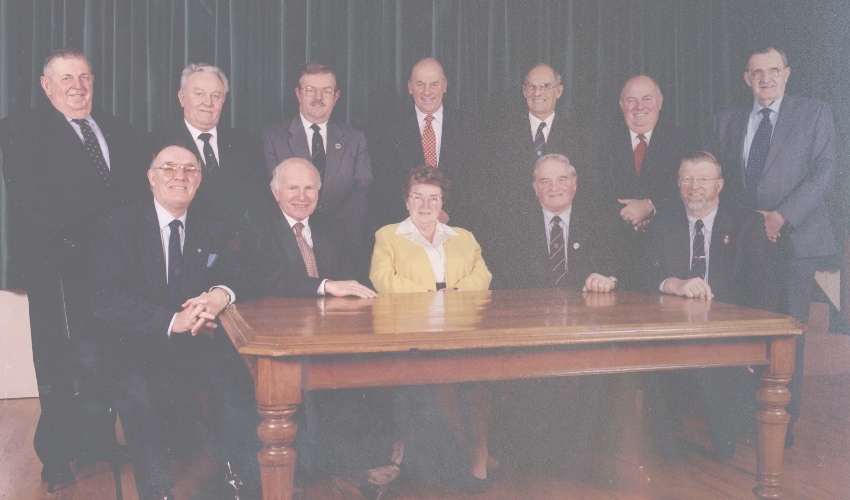 “A full tribute will be paid to Mrs Le Feuvre when the States Assembly meets after the summer recess, but I wish today to extend my sincere condolences to her family on behalf of the Assembly.”

"She set an example"

“She was the first woman to hold the office of Connétable and was well known as a long-serving and dedicated President of the Education Committee. She set an example which many of us are still seeking to follow today."

I was very sad to hear of the passing of Iris Le Feuvre MBE. The first female Connétable and dedicated President of the Education Committee, her legacy is shown in the generation of women she inspired to stand for election & take leadership roles in Jersey. A great public servant pic.twitter.com/3gliK2y2fM

She continued: “Iris was a long-standing, forthright and respected representative of St. Lawrence and I know maintained an acute interest in parish and island life right up until her passing.

“Iris was part of the unique Occupation generation and possessed the characteristics typical of that time - independence of thought, determination and compassion.

"Jersey is fortunate to have benefited from her many years of service and our community is diminished by her loss.

“I send my condolences, thoughts and best wishes to all her family and many friends at this sad and difficult time.”

Current St. Lawrence Constable Deidre Mezbourian – the parish’s second 'mother' – said that Mrs Le Feuvre had been a “trailblazer” who was known and respected for her forthright views.

“She didn’t mince her words and people saw great value in that,” she said. “You knew where you stood with Iris and that often meant that things got done.” 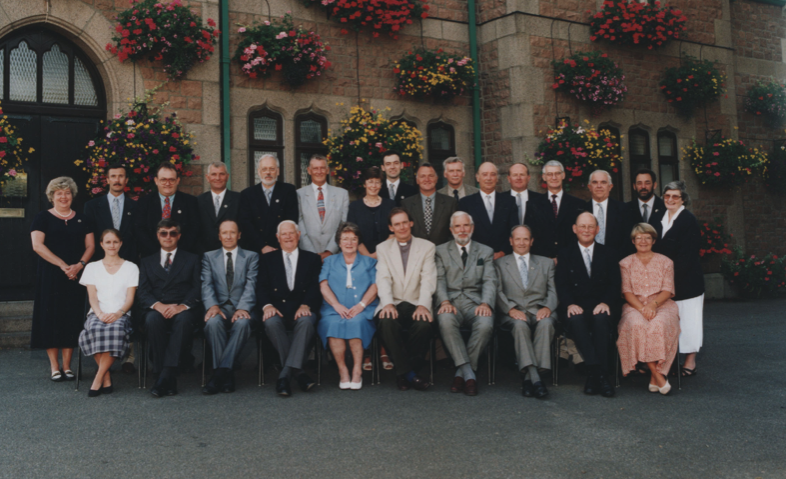 Constable Mezbourian added that Mrs Le Feuvre had been hugely supportive when she first joined the St. Lawrence Honorary Police in 1999 and then became a Deputy in 2005.

"Everyone in St. Lawrence who knew her will feel sadness today"

“Everyone in St. Lawrence who knew her will feel sadness today because she united the parish behind her when she became Constable,” she said.

“Perhaps her most enduring parish legacy was the founding of the St. Lawrence Ladies' Action Group, which celebrated its 40th anniversary last year and is still going strong.

“She was also behind the building of our sheltered housing, which allows our older parishioners to live independently and remains a key part of parish life.”

Constable Mezbourian added that Mrs Le Feuvre had not only been matriarch of the parish but also the Le Feuvre family, and she expressed sympathy to Mrs Le Feuvre’s sons Andrew, James and Peter, and their families.

St. Lawrence representative and Economic Development Minister Kirsten Morel said he was "devastated" to hear of the former Constable's passing.

"Iris played an enormous role in my life for which I'll always be grateful. I'll miss her enormously and send all of my love to her family," he said.

Iris was a superb Connétable of St Lawrence, she was President of the Education Committee in the late 80s and early 90s and broke down barriers to women in politics. She'll be missed by so many islanders, particularly in St Lawrence.

"Iris was a superb Connétable of St. Lawrence, she was President of the Education Committee in the late 80s and early 90s and broke down barriers to women in politics. She'll be missed by so many islanders, particularly in St. Lawrence."

"Her strong sense of community... remained a constant"

This morning, the family paid their own tribute to Mrs Le Feuvre.

We are saddened to hear of the loss of Iris Le Feuvre. She was hugely influential in the building of our current school and our library bears her name. RIP https://t.co/ch09S0C7MW

"Iris Le Feuvre passed away peacefully on 2 August, surrounded by her loving family, in her 94th year," they said.

"Her strong sense of community and commitment to public service remained a constant throughout a very full and active life.

"First elected as Deputy for St. Lawrence in 1978, she went on to make history on 6 June 1984 when she achieved a landslide victory to become Jersey’s first woman Constable.

"During her five terms as 'Madame Le Connétable' she brought many improvements to St. Lawrence, including the development of sheltered accommodation in the heart of the parish." 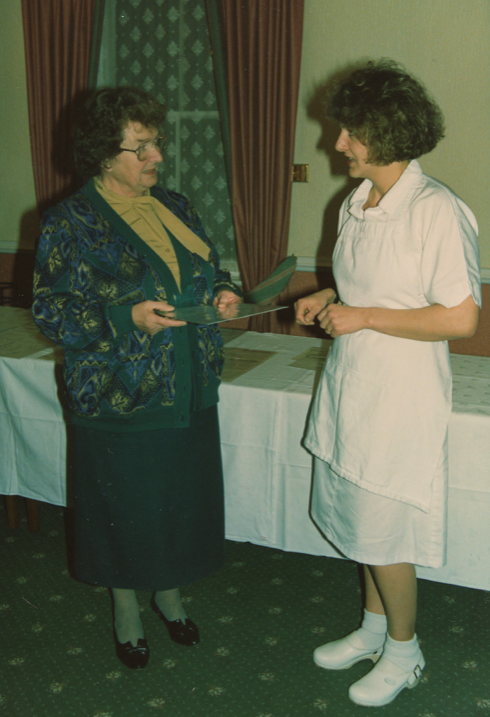 They continued: "Her contribution to Jersey extended beyond her parish community, driven by her passion for improving the lives of Islanders particularly young people and women.

"This informed many of her greatest achievements as President of the Education Committee. This included the building of the new Haute Vallée School; the reconstruction of Rouge Bouillon primary school following a devastating fire; and the provision of many new nursery units attached to Island primary schools, an investment in early years provision that enabled mothers to choose to remain active in the workforce.

"After her retirement from the States Assembly in 2000, she was honoured to be awarded an MBE by Her Majesty The Queen for her services to the community, which included the establishment of Communicare, Vice President of the National Trust, Chair of the Jersey Child Care Trust and Chair of the Committee for the Eradication of Poverty – among many other roles."

However, they added: "But perhaps her greatest passion was for her family.

"She was a warm and fun-loving wife, mother, grandmother and great grandmother. A proud Jersey woman who will be much missed, and an inspiration to all who knew her."

Posted by IanSmith97 on Aug 3rd, 2022
Dealt with her as President of the Defence Committee, straight as a die and a wonderful lady.
Posted by Jon Jon on Aug 3rd, 2022
A lovely lady, true to her words ,good politician who really had the Island to heart and Islanders,something that's lost now in politicians.
To place a comment please login Login »