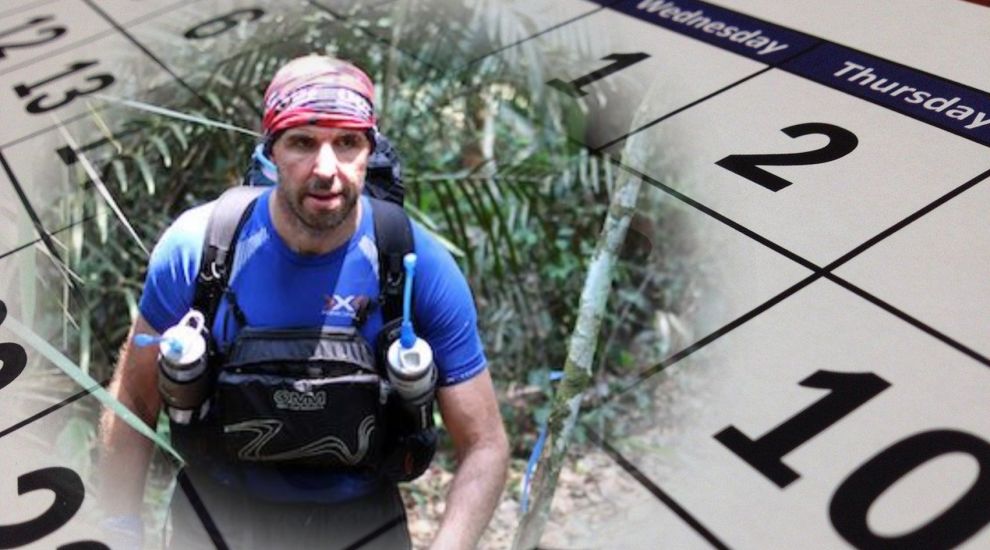 An islander who raised thousands towing a car more than 26 miles has set himself a new fundraising mega-challenge: running the equivalent number of miles of every day in May.

By the end of the month, Pete Wright will have run 496 miles in just 31 days.

The ultra-runner's latest feat is part of the 'Freedom Challenge' in aid of Macmillan Jersey and Mind Jersey, for which Pete's friends Wendy Trehiou and Linda Breen are also raising money by collectively swimming around the island.

Together, the trio hope to inspire others to "enjoy the great outdoors", while also helping the two local causes.

Neither Pete nor Wendy are strangers to physical challenges. Pete has been competing in ultra-marathons since 2013 and last November, he pulled a car in a harness, non-stop, for the distance of a marathon in just over 13 hours.

Meanwhile, Wendy is a long-distance swimmer, who became the first woman to complete a double channel crossing in 2013. In 2018, she also completed a Guernsey to Jersey swim in 16 hours and 46 minutes. 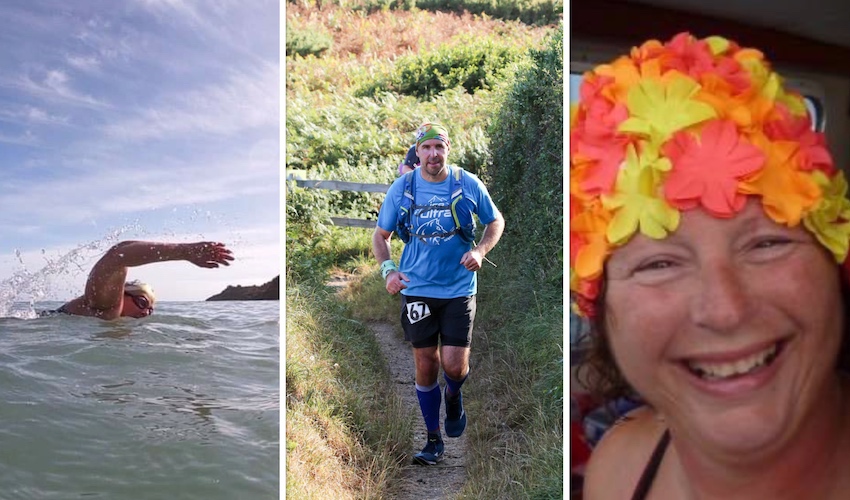 It was her who came up with the idea of a ‘Freedom’ themed challenge during the month of May to “celebrate our freedom” with Liberation 75 approaching and lockdown restrictions being eased.

While she decided to swim the same distance as an around the island swim with Linda, Pete decided to tackle a 31-day consecutive running challenge.

“Wendy has done the challenge on the swimming front and me on the running front,” Pete said.

Every day of May, Pete has been running the equivalent of the respective date in miles. On Sunday, he will run for 31 miles, making a total of 496 miles.

He was inspired to do so by fellow ultra-runner Mark Cockbain of Cockbain Events, who challenged runners to a cumulative challenger during lockdown.

Pete, along with a few hundred other people, took up the challenge and have been sharing their daily runs on a Facebook group.

Pete himself says he is still surprised to be going so far along in the month.

“It started out as a bit of a challenge, I had not been running for a while,” he explained.

“Mark said we would rediscover my love for running and I have certainly done so.

“But I never thought I would get there. I thought that by 17 or 18 May that would have been enough for me but now that I am in the home strait, it’s kind of a stubborn determination to finish.

“There is no time limit to do it, Mark says you can run it or walk it. I have been trying to challenge myself to run.”

Although he is used to challenge himself physically, Pete says he is starting to feel a bit tired.

“Sleeping is quite hard, I am having to get up quite early due to the heat,” he said. “I took the week off work as the runs were getting longer and I wanted to spend time with my children during half term.

“I try to get out of the door before 05:00, I think it’s a sensible move given how hot it’s been. It’s really getting harder.

“Unless I get seriously injured, I’ll be finishing. Now, it’s just about getting one foot in front of the other.” 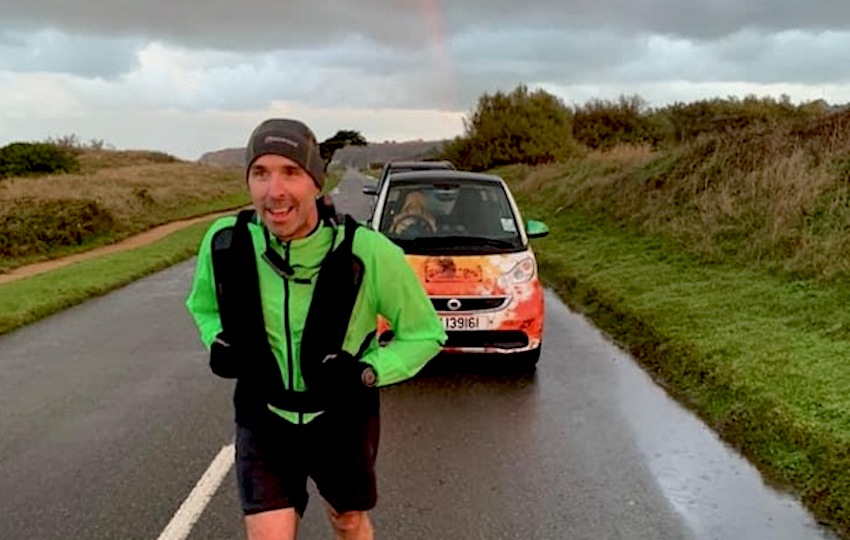 Pictured: Last year, Pete pulled a car in a harness, non-stop, for the distance of a marathon in just over 13 hours.

Wendy and Pete hope that by taking their challenges to the extreme, they will inspire the general public to “enjoy the great outdoors”, while supporting the "worthy" causes of Macmillan and Mind.

Pete is a long-time supporter of the cancer charity. His car-pulling marathon was part of 12 endurance challenges he took in a bid to raise funds for Macmillan Jersey after a close family member was diagnosed with cancer.

With many islanders facing increased worries and anxieties due to lockdown and the pandemic, Wendy and Pete also wanted to support the work of Mind Jersey.

With only a few days left in the month, there is still time to donate to the trio’s fundraising pages… or join their Freedom challenge.

Shanty pop-up at the Weighbridge