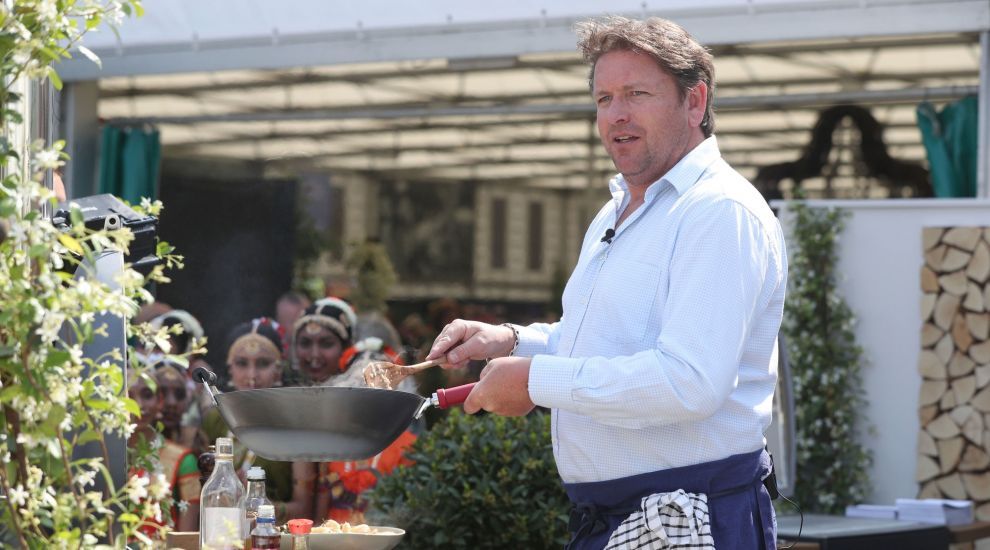 Jersey and Guernsey are to feature in celebrity chef James Martin's new TV series, which follows him on a culinary road trip across the British Isles.

James Martin's ‘Islands to Highlands’ premiered yesterday on ITV and will air Monday to Friday at 14:00 over the next four weeks.

The series follows a book of the same name, which was released in March and aims to celebrated “the unique food of the British Isles”.

Pictured: ‘Islands to Highlands’ will air Monday to Friday at 14:00 over the next four weeks.

Each episode will see the TV chef visiting a different place, taking advantage of the very best ingredients the country has to offer and meeting the local producers and chefs who are putting Great Britain firmly on the gastronomic map of the world.

This will include cheesy Welsh rarebit with bacon and cockles in northern Wales to hoisin duck on the island of St Martin’s, as well as lobster and steak with haggis butter in Skye.

Jersey and Guernsey will each have an episode of their own to air later this month, with the latter showcasing caramelised rice pudding with strawberries and griddled peaches.

Video: The first episode of the new series featured a trip to the Scilly Isles.

Jersey-based chef Mark Jordan will be the guest chef on both Channel Islands episodes.

Mr Jordan said that in the Jersey episode - which will air on Thursday 9 April, viewers will get to see him and Mr Martin "riding monkey bikes around Jersey and visiting food producers".

The Guernsey episode, airing the following day, will see the pair riding bikes again "discovering this time our neighbouring island of Guernsey".

"It will be a fun island. Stay home, stay safe and enjoy the show!" Mr Jordan added.

The series will also follow Mr Martin on his travels to the Isle of Man, Shetland, the Peak District, Yorkshire Dales, Wales and Skye.

"James Martin’s Islands to Highlands is the culinary journey that takes you right to the edges of Britain and celebrates its wealth of culinary offerings, with recipes from the series and exclusive photography from behind the scenes on James’s extraordinary food trip," ITV said.

The series started yesterday with Mr Martin flying off to the Scilly Isles in southwest England where he met fellow chef Galton Blackiston.