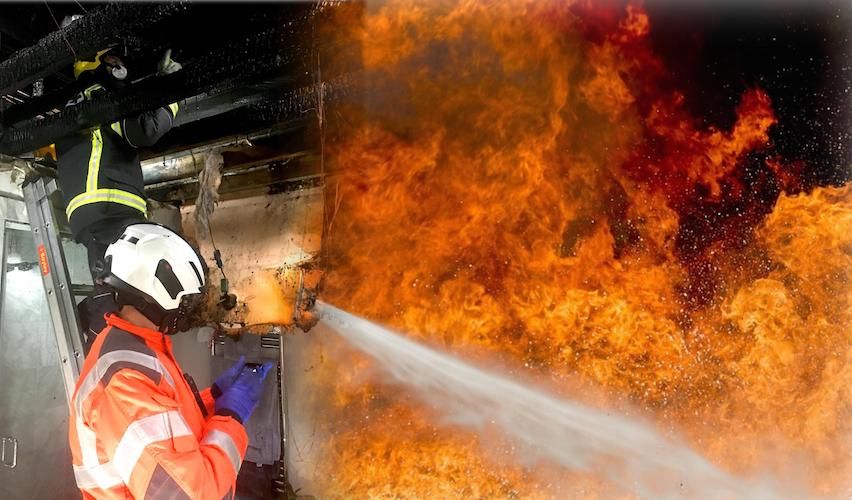 Two islanders had a lucky escape as fire tore through the bathroom and roof of their St. Peter home this morning, believed to be caused by electrical problems.

Fire and Rescue Service officials rushed to the Old Beaumont Hill property after receiving a call at 08:24 this morning, arriving to smoke rising from the roof tiles and popping noises coming from inside.

Two firefighters wearing breathing equipment entered with a hose jet, extinguishing the main fire in the first floor bathroom, which had extended into the roof space above.

We are currently dealing with a property fire on Le Vieux Beaumont requiring the road to be closed. The public are kindly asked to find an alternative route while we deal with this incident. pic.twitter.com/FR3QSE6drP

Two more teams of firefighters were then sent in to help cut away plasterboard and any other materials getting in the way of them fully extinguishing the fire.

In total, the operation lasted four-and-a-half hours, including cutting back areas damaged by the fire and damping down.

Incident update: the fire has now been extinguished. 14 firefighters battled the blaze which started in the roof space of a domestic property extensively damaging the upper floors. No one was hurt during the incident and the road is expected to open within the next hour

Fire officials described the upper floors as "extensively damaged" by fire and smoke that had travelled through the home in the aftermath of their efforts.

They said that initial investigations suggested that the blaze may have originated in the property's electrics.