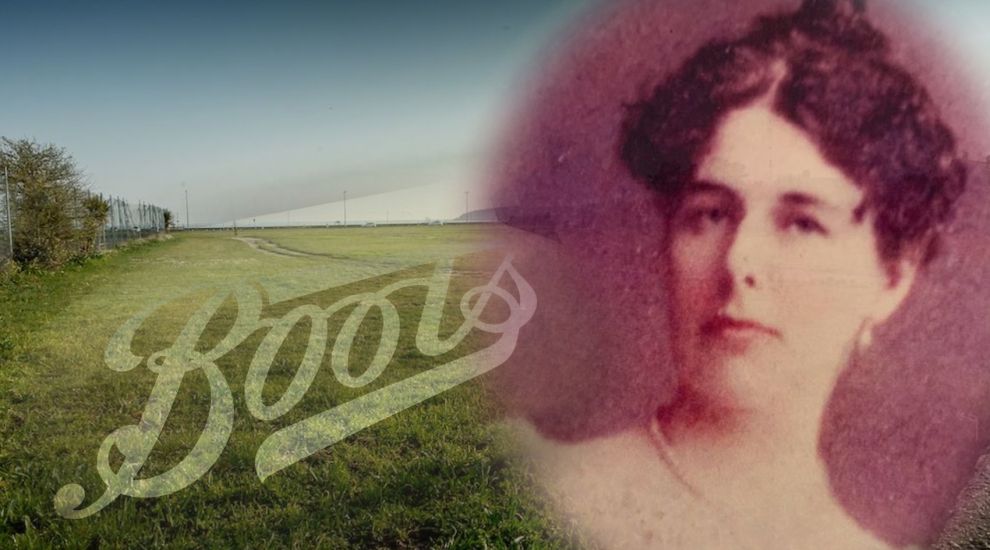 As a new field hospital gets ready to open on land once owned by Jersey-born philanthropist Florence Boot… the great-granddaughter of the key figure in the Boots retail empire is urging the island’s wealthiest residents to take inspiration from her and contribute to efforts to combat covid-19.

The appeal came from Emma Houston – one of eleven cousins related to the founders of Boots – who believes the island’s new Nightingale facility should be called the ‘Florence’ hospital in tribute to both Florence Nightingale and her “inspirational” relative.

Due to officially open on Monday, the 180-bed facility was put in place to ensure the island has sufficient bed capacity to deal with any spike in covid-19 patients.

But it wouldn’t have been possible to place it at Millbrook – a location deemed to be just the right shape, size and distance from the hospital – had it not been for Florence Boot.

She married Jesse Boot – heir to the Boots throne – whom she met while he was holidaying in Jersey in the 1800s. 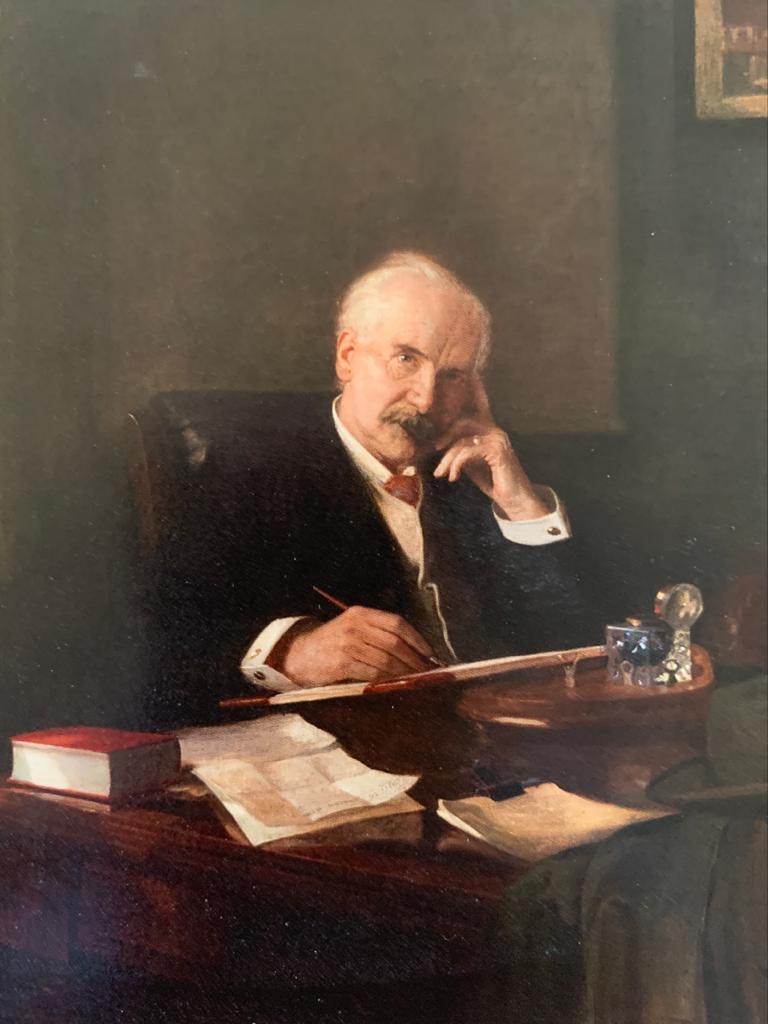 She instantly became involved in the business, expanding the product lines beyond mere medical items into cosmetics, silver goods and framing, and even setting up a library service.

But beyond lending her merchandising expertise to the brand, Florence helped transform it into a champion of workers’ rights by launching a breakfast service and social clubs, laying the foundations for today’s corporate wellbeing initiatives, and philanthropy.

Despite Boots’ national success, the pair never renounced their connection to Jersey, retiring on the island and engaging in many projects for the public good. 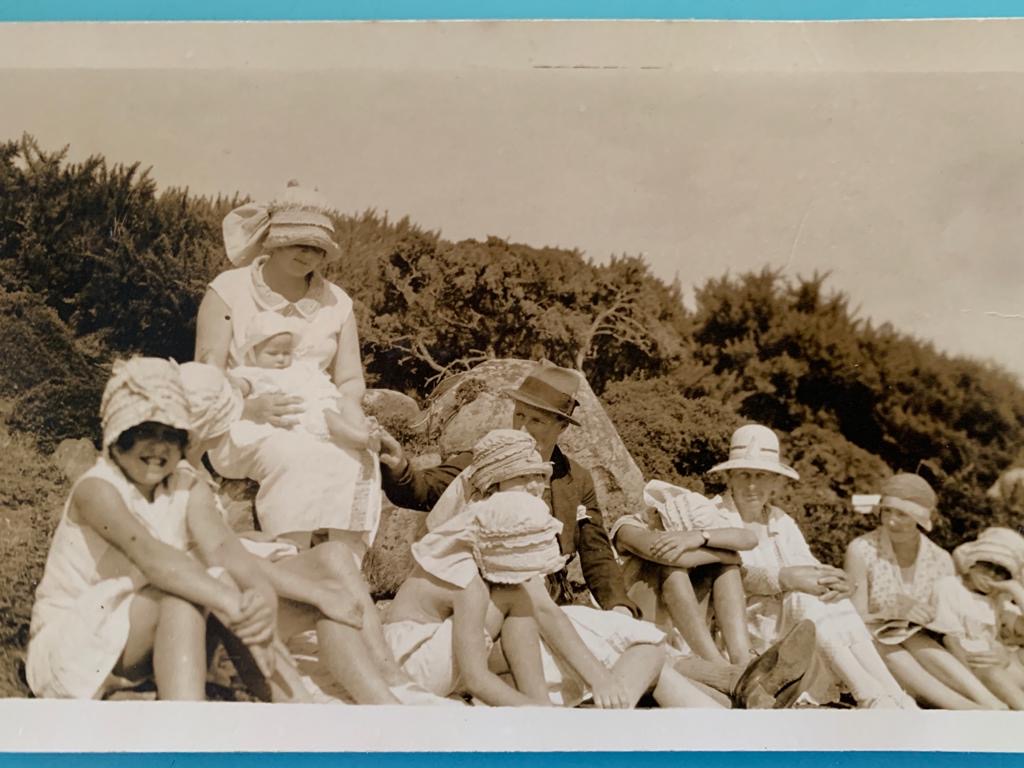 Among their key contributions were the donations of land for exercise and wellbeing, including sites at Beauport Bay, Coronation Park, and the adjoining Millbrook Playing Field.

More than half a century after her passing, the land is jointly looked after by a group of first cousins, who inherited it from their mothers – Florence and Jesse’s grandchildren.

Although a prime site, in line with the Boot pair’s wishes, the field has remained as a green space for decades – that is, until the family were approached by the government early last month. 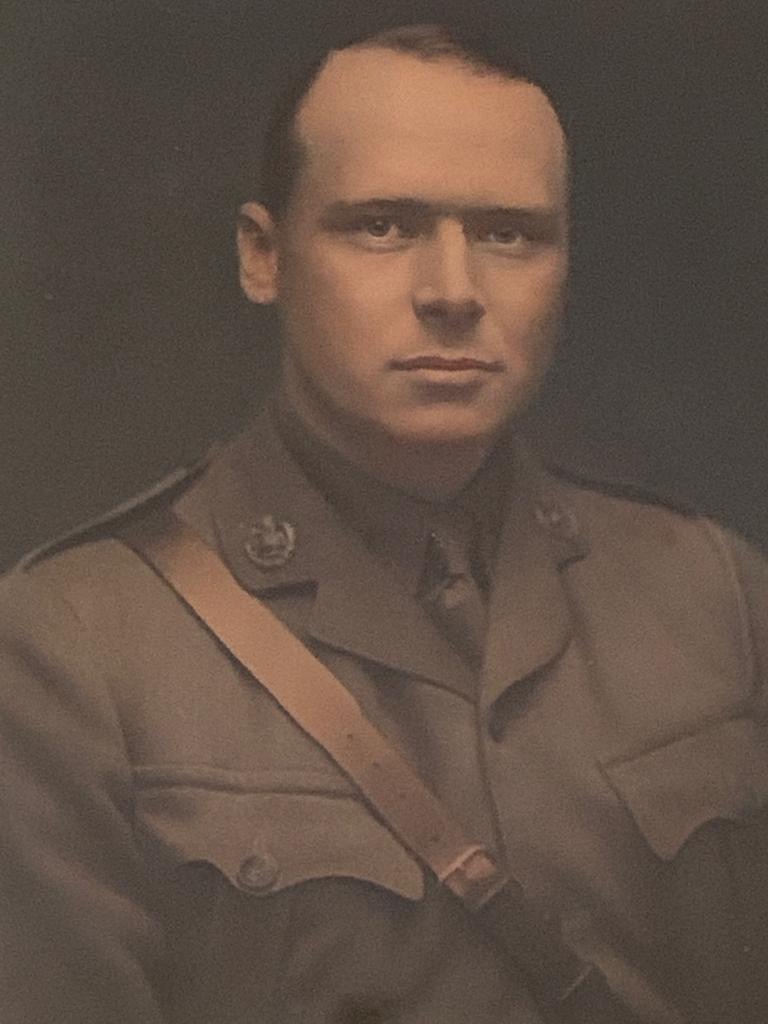 Pictured: Florence and Jesse’s son (Emma’s grandfather), John (Jack) Boot, who became Chairman of the company and is credited with the five-day working week.

“Unanimously, we said this is a wonderful idea. It will be put to really good use,” Emma Houston - great-granddaughter of Jesse and Florence, and granddaughter to John Boot, who became Boots’ chairman - told Express.

“I felt very strongly that the two Florences – Florence Boot and Florence Nightingale – would definitely be cheering from above!”

The use of the land, which is expected to be occupied by the hospital for at least four months, was granted on the condition that it would be returned back to its normal state. 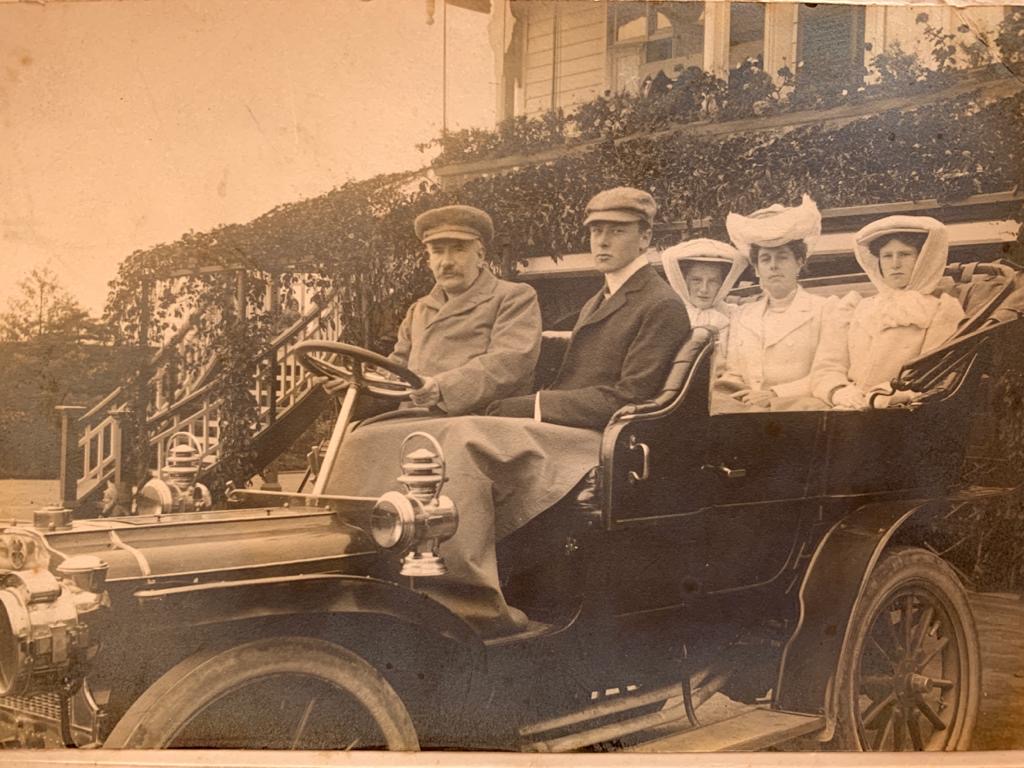 Pictured: A car load of Boots – Jesse driving, with Jack behind him, Florence in the middle at the back, with daughters Margery and Dorothy either side.

“I think most of us would like it to remain as a green space, as green space is terribly important,” Emma explained.

Emma says she visits the island often – staying for around three weeks every summer in normal times – as part of a habit started as a child.

“I’ve probably spent every summer of my life there… My immediate family, we’ve been going there every summer for five or six generations. If the weather’s nice, we spend the days on the beach. We love St. Ouen and we love Beauport. We love being by the sea, we love the Glass Church. It’s the most beautiful island." 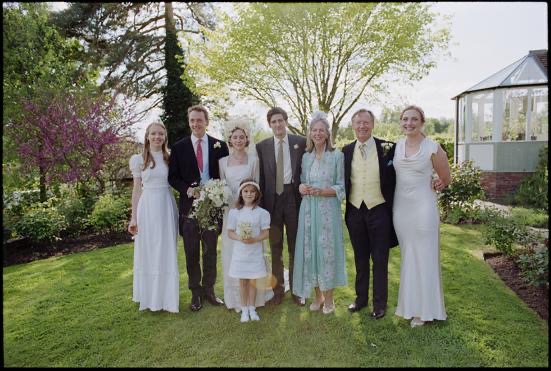 Pictured: Emma Houston (centre) at the wedding of her daughter, Florence, who was named after her “inspirational” relative.

Although she refuses to take any credit for allowing the field hospital to be built there, Emma says she sees it as one small way to give back to the island that means so much to her family.

Moreover, she’s delighted by the “fitting” fact the hospital’s construction fits with Jesse and Florence’s ethos to ensure everyone – regardless of background or conditions – can have the best quality healthcare possible.

“[With Boots], their main idea was to provide healthcare for those who wouldn’t be able to buy it and to help the poor communities. Jesse had grown up in the slums of Nottingham and seen death and awful lives all around him.

“They had really nothing, and they couldn’t afford any medicine. He was determined to change that, and that he did,” she explained.

“Hopefully [Jersey] won’t need [the field hospital]. I haven’t heard that it’s very bad there, but it’s much better to be prepared.” 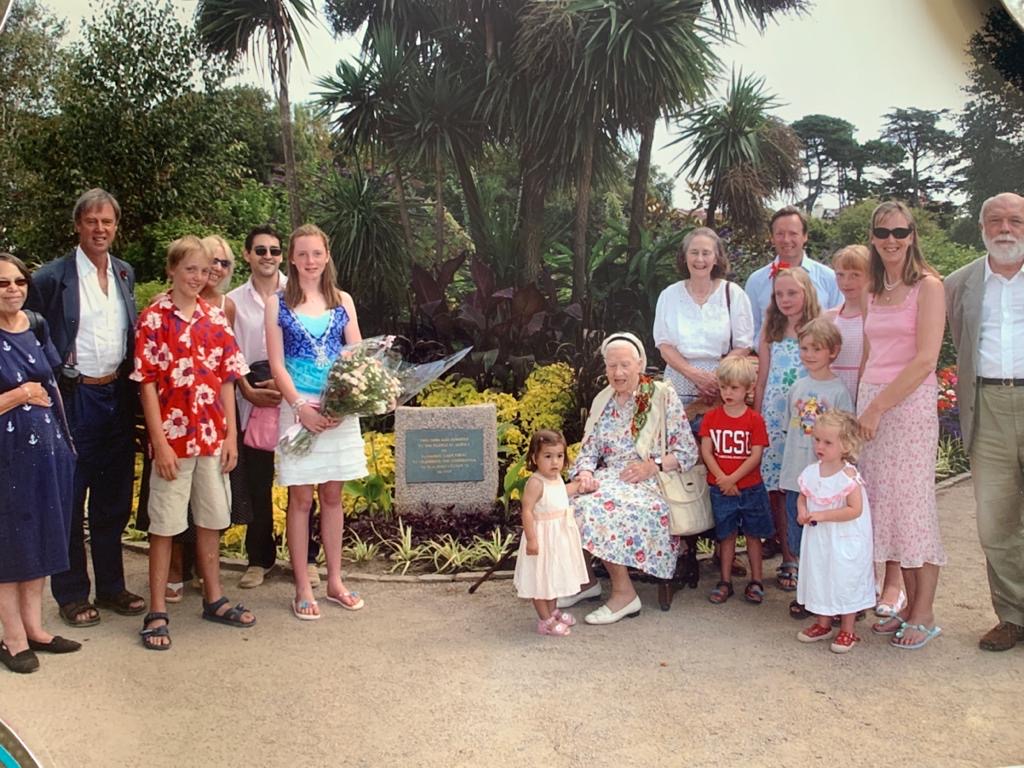 Pictured: Emma and her family help unveil a plaque in Jersey, thanking Florence and Jesse Boot for their gift of Coronation Park.

Emma, who has named one of her daughters Florence, also hopes that the location will help remind islanders of her ancestors’ great respect and care for frontline workers.

Indeed, Florence Boot was a champion of the idea that a ‘healthy worker is a happy worker’.

She was responsible for setting up a scheme that saw Boots employees fed with a hearty breakfast and cup of cocoa before the day ahead to ensure that the largely female workforce had enough energy to complete their tasks.

Following her relatives' philosophy, Emma’s daughter Elsie, who now works at Boots, has been involved in a scheme with beauty brand No7 to give beauty products to nurses and other health staff. 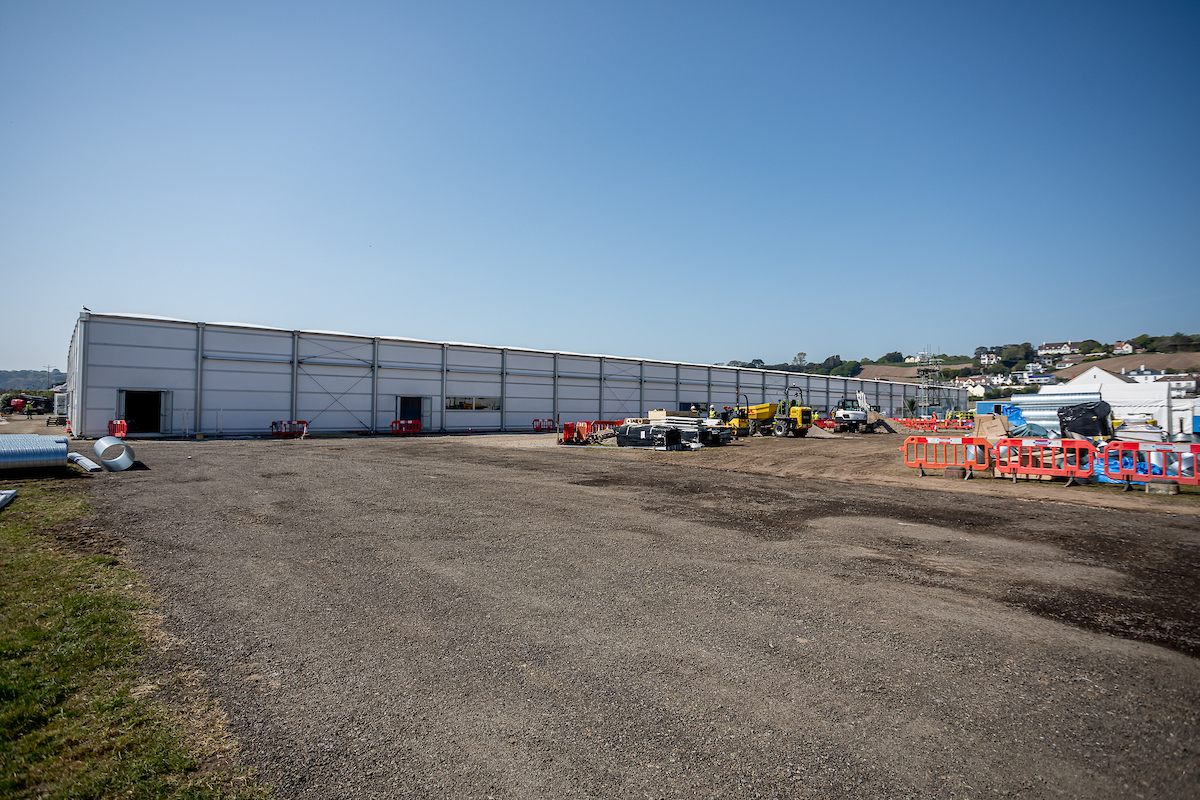 Pictured: The Nightingale Hospital will officially be opened next Monday.

“These poor nurses who are working with the corona patients. With their face masks and everything, when they’ve done a long shift, their faces are sort of scarred from being pressed upon their faces the whole time and somebody said, ‘Why aren’t all these beauty firms giving free creams to help with their skincare?’”

Emma says her favourite quote from Jesse was one given in a speech on his 77th birthday paying tribute to those who work tirelessly and selflessly to support others - something she hopes others will take into their hearts: “May you hold aloft the standard of your vocation, looking upon it not merely as a means of gaining a livelihood, but also enabling you to perform a high duty to mankind.”

Pictured: A look inside the field hospital.

While the field hospital has been dubbed a 'Nightingale' facility after nurse Florence Nightingale, a champion of pre-fabricated health premises, some islanders – including Senator Philip Ozouf in a tweet 'favourited' by more than 60 people – have called for its name to also recognise Florence Boot.

Emma says she’s behind the 'Florence Hospital' idea, and hopes that, if approved by the government, the name will lead others to follow in the footsteps of the two great women in their response to the health crisis - particularly the most privileged in society.

Why not name it after our Florence? https://t.co/vMAUrqFXlh

She commented: “The more money they made, the more they gave away... Jesse and Florence were a remarkable and a unique couple.

TIMELINE: Moments in the life of a very special Jersey girl…

1863 – Florence Rowe is born at 5 Grove Place (now 101 Halkett Place) to a bookseller and stationers.

1886 – Florence Rowe and Jesse Boot get married in the Town Church, after meeting and falling in love when Jesse visited Jersey on holiday during a period of ill health. Florence immediately takes an interest in the business, introducing new product lines, such as beauty, and staff welfare initiatives.

1892 – A flagship department store, with an exterior heavily influenced by Florence, launches in Nottingham.

1909 – Florence becomes ‘Lady Florence Boot’ after her husband is knighted.

1920 – Florence founds the Boots Day Continuation School in Nottingham to help those who had left school in order to work to continue their education. In the same year, the Boot pair retire and move to Jersey, becoming involved in projects to benefit the island.

1923 – The 'FB Cottages' - named after Florence - are completed on land leased from the States. The couple were inspired to build the cottages after Jesse expressed distaste for the “slums in St. Helier” and vowed to create quality housing for islanders.

1928 – Jesse Boot gifts the land that eventually becomes FB Fields – again, named after Florence – for the recreational enjoyment of all islanders.

1929 – Jesse receives a peerage, and the pair become Lord and Lady Trent.

1934 – St. Matthew’s Church becomes the Glass Church after Florence decides to rebuild it in her husband’s memory. The distinctive Lalique panels bring the church global acclaim.

2016 – A plaque is unveiled at Florence’s birthplace in St. Helier.

Posted by Jon Jon on May 7th, 2020
Who really cares what the name of this make up hospital is called,islanders are still dumbfounded why it was built in the first place unless the government is keeping secrets and this island will be overwhelmed with coved 19.
To place a comment please login Login »