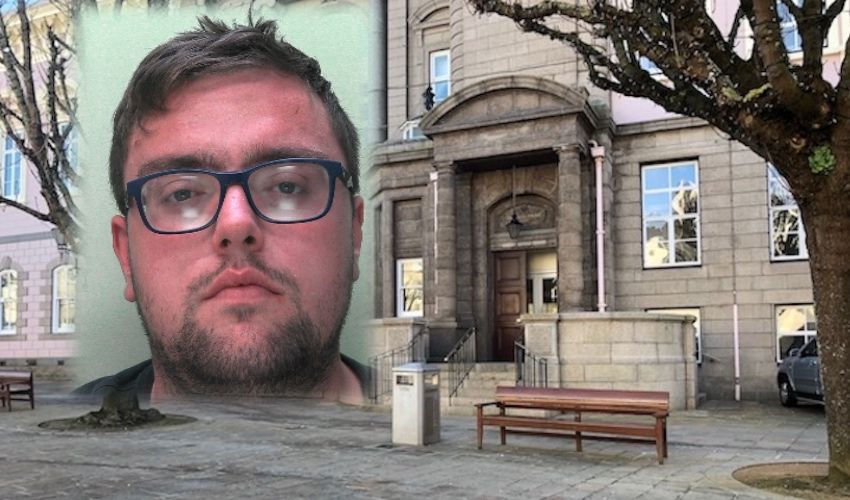 A 25-year-old man who was the minder for more than £22,000-worth of criminal money has been sent to prison for two years.

Samuel Shea Davies was sentenced in the Royal Court on Friday having previously pleaded guilty to charges of money laundering and possessing Class A and C drugs on 9 May last year.

Setting out the facts of the case, Crown Advocate Sam Brown said that police officers had been called to the flat of Davies’s ex-partner in St Clement, where they found two rucksacks outside the property belonging to him.

In one of them, they found bags containing £22,610 in cash, as well as scales with power residue on them. Inside, they also found pots containing small quantities of the Class A and C drugs LSD, dimethyltryptamie and Gabapentin.

Davies was unemployed at the time and had no legitimate sources of income.

Addressing the more serious money laundering charge, Advocate Brown said: “This was a very large amount of cash. There is no reason why he had it and it must have been derived from criminal conduct.

“Being the custodian of such a large amount of money, he was clearly a trusted and important party to whatever antecedent activity was generating those proceeds.

“His role was essential to the functioning of that criminal process.”

Defending, Advocate Julia-Anne Dix argued that these charges should have been dealt with by the Court when Davies was sentenced for other offences committed on the same day last May, including a breach of the peace and resisting arrest.

In July, he was sentenced to 11 months in custody for them, but at the time, Advocate Dix said, he had been told that he would not face any more charges.

However, in January, the laundering and possession charges had been presented to him while in prison.

The lawyer argued that the Court needed to take into account the “inexplicable and excessive delay in bringing this case to court”.

She added that the offences had been committed during a “chaotic period” in Davies’s life.

“He accepts that he was a drug user but he was not involved in the supply of drugs,” she said. “There is no evidence that the money belonged to him or linked to any criminal activity he had undertaken.”

“He was the minder and he fully accepts responsibility in this role; there was no active or sophisticated involvement in laundering of criminal proceeds.”

She added: “He also accepts that he suspected the money came from criminal conduct. This possibly involved drugs but did not know and did not delve further to find out - he had no choice but to look after it.”

Advocate Dix said that Davies had been recently diagnosed with PTSD, which made him particularly vulnerable. He was now abstinent and addressing the issues behind his past substance misuse, she added, before proposing an 18-month probation order as an alternative to custody.

Passing sentence, Commissioner Julian Clyde-Smith, who was sitting with Jurats Jane Ronge and Steven Austin-Vautier, said that the Court accepted Davies’s limited role of holding the money, and there was no evidence to suggest he was involved in the “predicate offences”.

However, he added that money laundering was a serious crime and this case was too serious for the Court to give a non-custodial sentence.