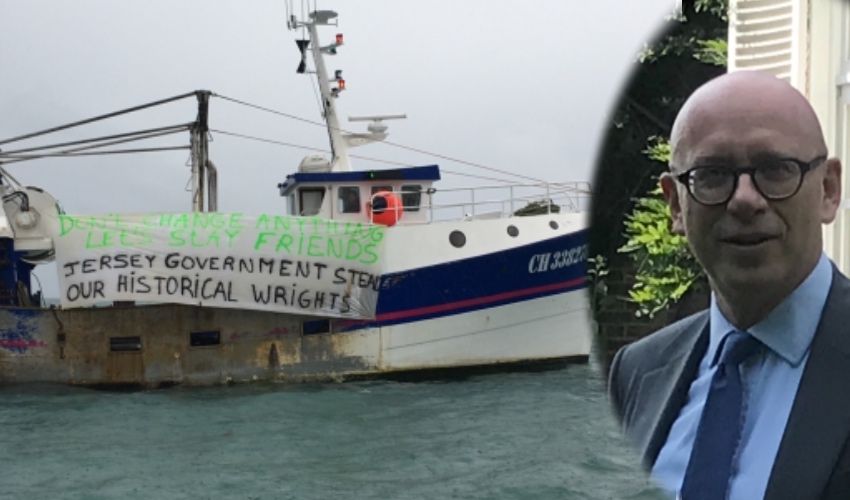 The fishing dispute with France will be settled in September if everyone follows the clear terms of the agreement, as Jersey has done, according to the UK politician with responsibility for London’s relationship with the Island.

Lord (David) Wolfson of Tregedar QC became a minister in the Ministry of Justice last December and visited the Island for the first time in that role yesterday.

“The reason I am here is very simple: the UK-Jersey relationship is one that we absolutely value, and we want to put the time into it,” he said.

“I took over the role in the middle of the pandemic; we couldn’t meet physically and we have had lots of meetings online but it is very good to come to meet people. We have discussed a whole range of issues apart from fishing, including international trade, Covid, and other work that Jersey and the UK can do together.

“I wanted to take time out of the diary to come here to meet people and to underline the importance of the relationship.”

But with May’s harbour protest still fresh in the minds of many, and with the licensing of French boats still unresolved, fishing matters obviously formed a significant part of the subject matter.

Lord Wolfson took a trip to the Ecrehous on Thursday afternoon on the Island’s fisheries protection vessel, Norman Le Brocq.

The issue of Norman and Breton boats’ access to Jersey’s territorial waters has been a significant source of friction between the Island and France - and their larger negotiating partners, the UK and EU - since the former left the latter in January.

With a deadline for information about the ‘nature and extent’ of past fishing activity by French boats - in order to be licensed to fish in Jersey’s waters - ending on 31 June, the Government extended its ‘amnesty’ last month until the end of September.

After this time, unlicensed boats will be unable to fish within 12 miles of the Island. 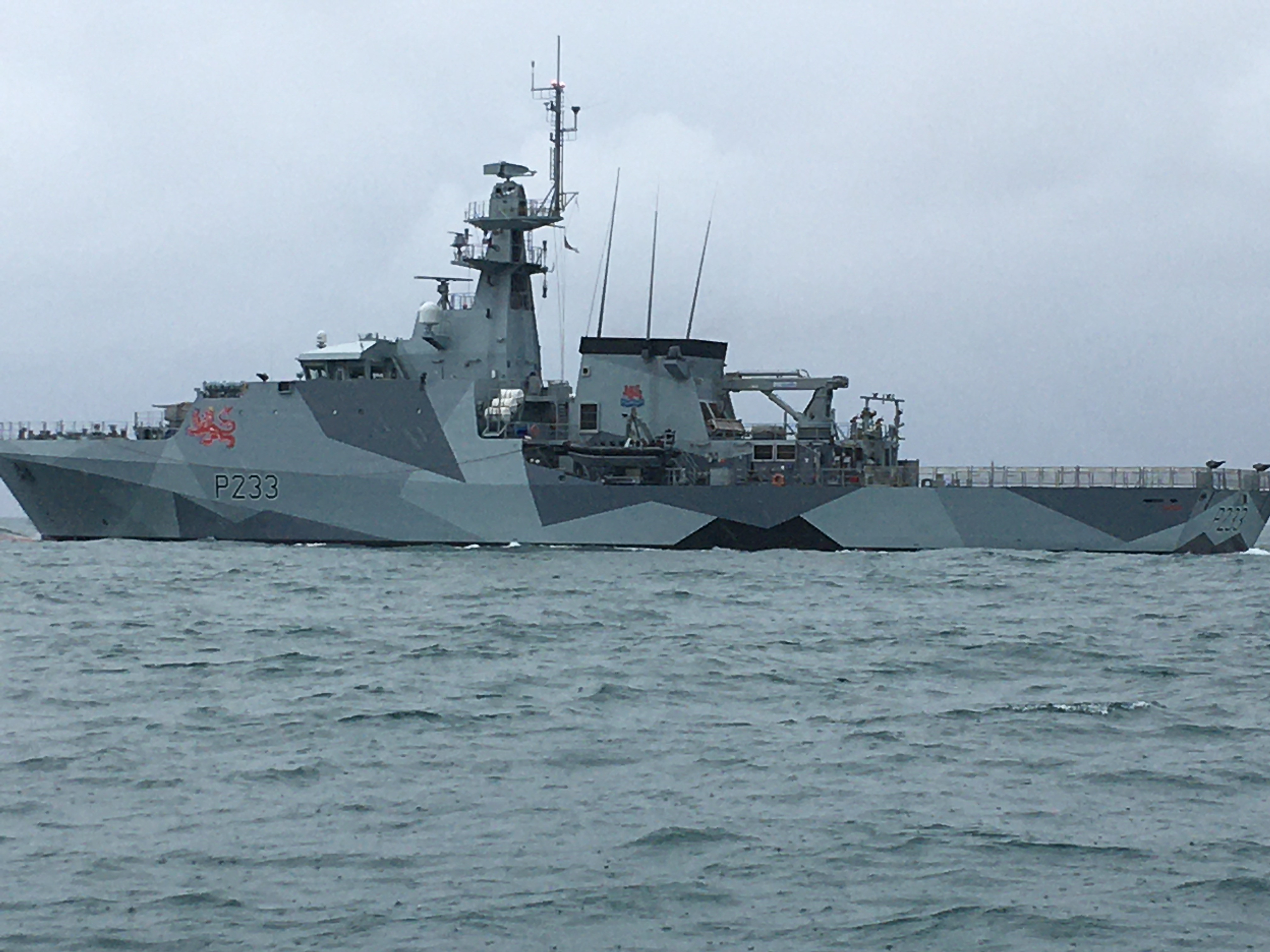 Pictured: The UK dispatched two Royal Navy warships to the Island in May to ’monitor’ a protest by French fishermen.

Asked if he thought there could be another flare up in October like there had been in May, when the first transition period ended, Lord Wolfson said: “We have an agreement. I am a lawyer, and we generally work on the basis that people will abide by their agreements.

“I cannot control what particular French politicians say, nor how they say it. What I and the UK Government can do is two things: first of all, we can point to the fact that we have an agreement and what we’re interested in - and the Government here is interested in - is implementing that agreement, and translating words of the page to facts on the ground, or facts on the sea.”

The Minister also gave his support to the structure of the agreement, which means that information submitted by French fishermen just 20 km away, and any formal communication they wish to have, has to travel via Paris, Brussels and London before it reaches Jersey.

In May, politicians in Jersey argued that one of the causes of the dispute had been the circuitous route that messages and information had to travel along.

Lord Wolfson also downplayed the significance of the UK adding a ‘permissive extent clause’ to its Fisheries Bill last year, which gave it the right to extend legislation to Jersey without the Island’s consent.

At the time, External Relations Minister Ian Gorst said it was “unwanted and completely unnecessary” and that there was “no reason” to extend parts of the UK to Jersey.

Asked why the ‘PEC’ had been included when the UK-Jersey relationship appeared to be good, Lord Wolfson said: “Permissive extent clauses are always discussed with the relevant entity.

“They are used when the UK feels that, pursuant to its constitutional obligations, a PEC is appropriate.

“And I would not say the relationship between Jersey and the UK was just “good” because that is to significantly underestimate the nature of the relationship; I would use words like ‘excellent’, ‘extremely good’ and ‘very close’.

“From the UK’s perspective, we have to make sure we are in a position to fulfill our constitutional responsibilities, and sometimes that requires us to put in a PEC but it bears no indication on the nature or the quality of the relationship.

“I would want the world-leading offshore financial services industry here to flourish; and it does flourish,” he said.

“Not only does it provide employment but it also gives Jersey a very interesting dual perspective: on the one hand you have an Island of about 100,000 people with a very strong sense of local community charity and services, with people looking out for other people.

“On the other hand, you have an island with an absolutely global outlook, which is due to the financial services industry.

“To have both of those at the same time is remarkable. You may not see it here because you are used to it, but to have both is really unusual.”

Posted by Roy Dean on Jul 26th, 2021
Any French politicians...Ministers...French fishermen...should address any issues to Paris then onward to the EU
Jersey should be looking into landing fish in Jersey then adding content...then Marketing around the World...as Norway does
Norway exports to 94 countries
Jersey should protect it's EEZ...for the future
To place a comment please login Login »