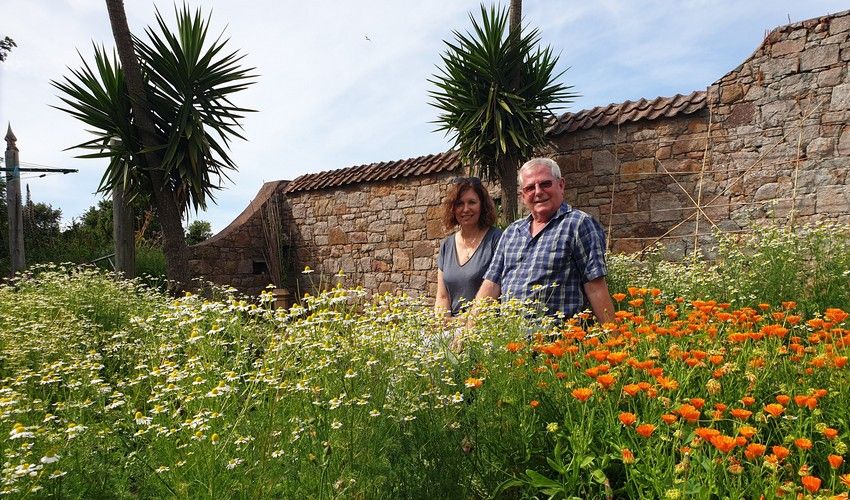 A local couple have transformed the garden of their St. Peter home into an aromatic paradise where 40 different types of herbs and plants grow to be handpicked and transformed into a wide range of Genuine Jersey products.

It all started as a hobby four years ago with a pot with four different herbs the couple was “so proud” to be able to grow.

Born in France, Christine grew up surrounded by herbal teas, called “tisanes” and culinary herbs. “I have always been into herbal teas,” she explained. “I grew up with herbal teas at home for whatever reason it was, whether it was during winter or after a meal. I always loved ‘herbes de provence’ and we started making our own and added some things to it.”

“At first we were trying to make something we couldn’t find here, a superior product for ourselves,” John adds. He retired last year after 35 years as a vet at New Era Veterinary Hospital and has since been dedicated his time to the garden. “I put down my syringes and picked up my secateurs, so to speak,” he jokes.

Christine first started making tisanes – a mix of oregano, basil and thyme was her favourite at the time - and a mix of culinary herbs. When herbs started to grow more and more, the couple started giving them to family and friends. The feedback was so good that last year they decided to start selling the fruit of their labour of love.

“It’s grown more and more and out of hand,” Christine says. “It’s sort of snowballed.” 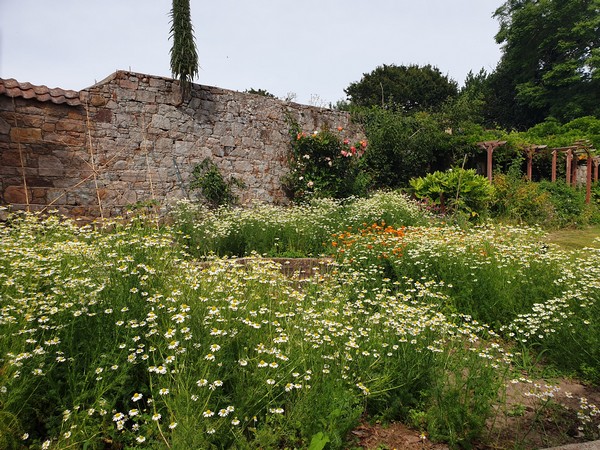 Pictured: 40 different herbs grow in the garden in St. Peter.

Now the couple grows 40 different herbs, from rosemary, mint and thyme, as well as passion flowers, calendula, chamomile and rare varieties of basil. They also make use of whatever grows in their garden, including brambles, nettles and wild rosehip, which makes a really soothing infusion and is full of vitamin C. “Everything in the garden is being used,” John says.

“Even the brambles, nettles and raspberry leaves that we would get rid of, we now keep until they are ready to be picked up,” adds Christine.” 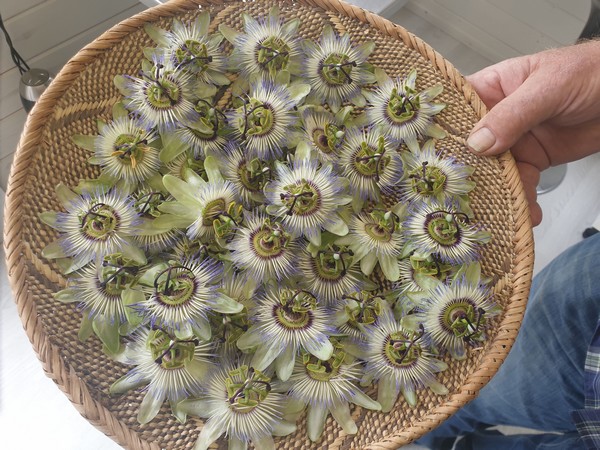 Pictured: Passion fruit flowers are one of the many kinds the couple grows.

All the herbs are grown organically with no fertiliser in the couple’s garden in St. Peter and carefully picked and processed by Christine and John.

Handpicking they say ensures that the plants are collected at the right time ensuring the best flavour. “That’s what I love about it,” Christine explains. “You pick it when it’s absolutely right. If it was done by a machine some flowers would be picked too early and some too late.

“For chamomile you would think you have to pick it when it’s pretty but it’s actually when the petals are almost all gone. That’s when you get the maximum flavour. It’s been a learning curve, it was a trial of error at the beginning.” 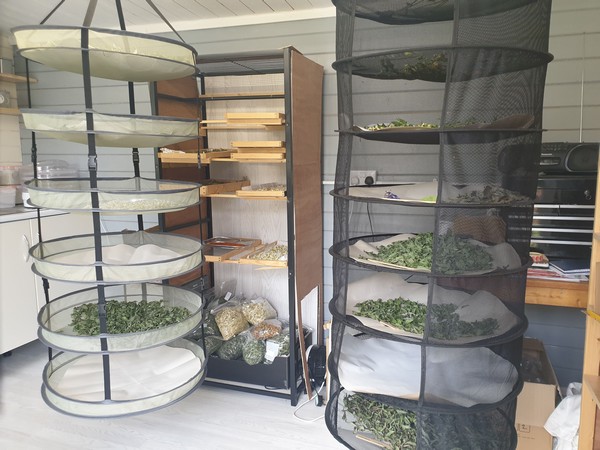 Pictured: The drying racks for the herbs are set up in a shed in the garden.

The herbs dry in the shed which the couple has set up with drying racks, storage for the tea bags and an operating table turned into a working table. The drying process takes two to three days and then comes the packaging.

Christine and John fill their own tea bags – up to 120 in an hour – and create their own culinary mix of herbs, as well as cooking salts and coarse salts with “sel de Guérande.”

John is also working on a balm made out of calendula and chamomile oil mixed with coconut oil and beeswax. Customers can also make their own tea blends by picking their own combination. “It’s amazing how you get a totally different, brand new flavour with different things. There are thousands of combinations,” John says. 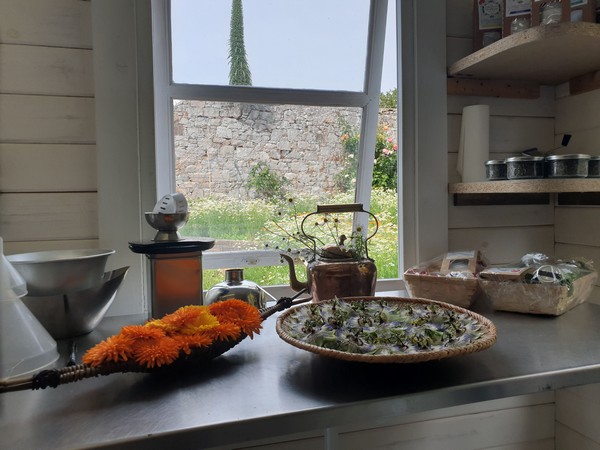 Pictured: A former operating table has been turned into a working space in the shed.

As a vet, John always try and find uses for the plants that are beneficial to people, or animals, and has been looking for those that can help calm the mind. He is also always on the look for the best flavours – “the  traditional 'officionalis' varieties give the best results - and the best seeds, which he sources from specialists in the UK.

Looking at the chamomile seeds, which are as fine as grains of sand, he says: “It never ceases to amaze me that tiny seeds could grow into this.” 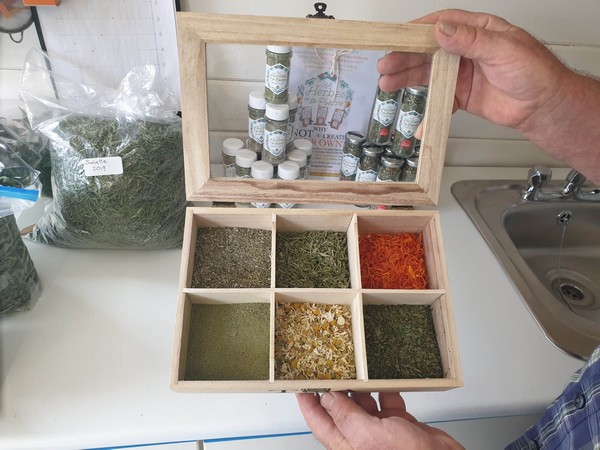 Pictured: A selection of the herbs Christine and John grow.

While they admit their hobby is time consuming – they can’t go away at the summer as it is high season for the herbs - Christine and John wouldn’t change it for the world. They also have plans to continue to grow the range and after hitting their first market earlier this year, they should return to more.

“We do it because we love it,” Christine says. “As a teacher there’s nothing better than coming here and picking camomile. It’s a lovely thing to do after work. It’s become a bit of a passion!”

“Every time we spend money, it’s as if we’re casting a vote”