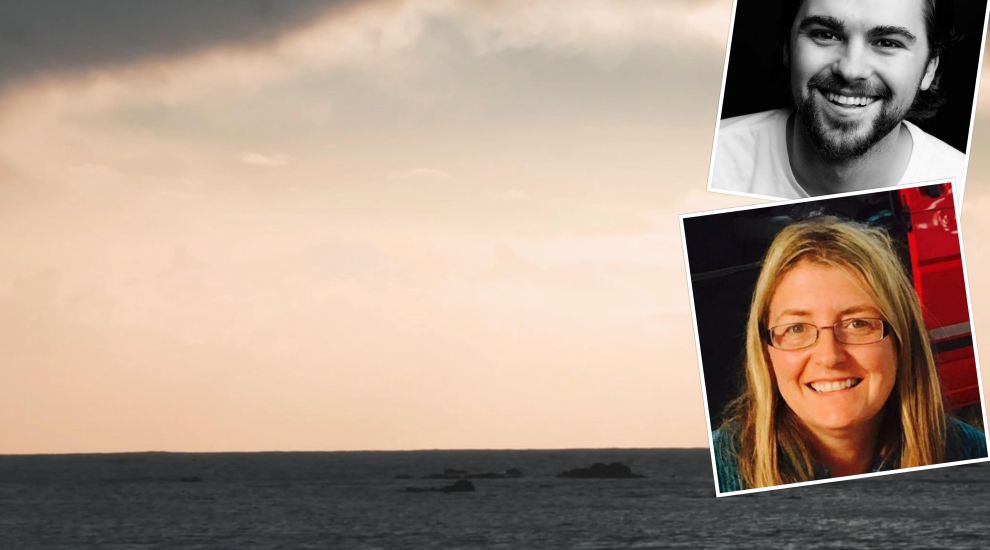 Local filmmaker Will Robinson and eco-warrior Sheena Brockie have released a 15-minute long documentary on a plastic-free lifestyle, in a bid to convince fellow islanders to join in the efforts to achieve ‘Plastic Free Coastline’ status for Jersey.

What was meant to be a short documentary on Sheena's efforts to live a zero-waste lifestyle has grown into something bigger, "that involves us all" said Will.

A filmmaker by trade, whose day job includes making "all sorts of films" for Submarine Creative and the Observatory, Will would like to become a documentary-maker.

When he spoke to friends asking for potential stories to film, one of them recommended Sheena. While trying to live waste-free for a year, a feat that proved more difficult than she thought, Sheena encouraged fellow islanders to ask shops to drop plastic packaging and convinced bars and restaurants to bin plastic strawsfor good. Earlier this year, after collection 1,630 bits of rubbish in 700m of sand, she drew people's attention to the amount of waste washing up on Jersey's beaches and partnered with LiGrab some bags and gloves and help make the beaches cleanerttlefeet Environment for a beach clean.

Pictured: Will Robinson followed Sheena Brockie on one of her beach cleans for the documentary. (Will Robinson)

Intrigued by her zero-waste attitude, Will got in touch with Sheena, who agreed to be filmed for a short documentary. Will told Express: "I was interested by her story and I wanted to understand how she does it. I spent a few hours at her house and we had a conversation about it. I was blown away by how passionate she was!"

A three-hour conversation was reduced to eight minutes for the purpose of the documentary. The short film, however, had to be extended, as the Plastic Free Jersey campaign was launched 10 days after filming started. Will explained: "Sheena told me something was happening but she couldn't say exactly what it was - she wasn't really allowed to tell me what was going on.

"She invited me to the press launch and it was quite funny to see how things grew from being about Sheena's story to something that involves us all. I think it rounded off the story perfectly. It is the perfect ending as it ends on a high and positive note by showing progress is being made." 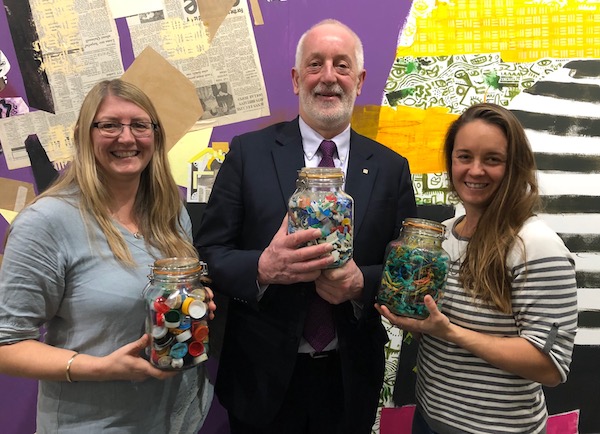 Pictured: Sheen Brockie (left) with the Environment Minister Steve Luce and Linzi Hawkin, from SUP Kids, who both feature in the documentary.

Sheena added: "The timing of filming was perfect. We were able to show the launch of Plastic Free Jersey and include the Minister for the Environment. His department, and the Department for Infrastructure have been phenomenal in their support for me. I think it's a phenomenal idea! It's not about the government telling you what you need to do. It's about what we can do as a small community group, how we can all connect together and share work together."

The 15-minute long documentary features scenic shots of Jersey, from Noirmont Point to St. Aubin's Harbour in a bid to show islanders what needs to be preserved. Both Will and Sheena hope that 'Our Plastic Free Island' will help convince islanders it's time to change their habits. Will said: "We hope it will raise awareness. The second part helps say that we can actually do something to make sure Jersey become a case study in change. I hope people see it and decide to try and get involved."

Pictured: The documentary includes scenic shots of Jersey. (Will Robinson)

For Sheena, the important thing is for people to realise that people have a choice of what they can do. She said: "It doesn't have to be hard work. If anyone changes one thing, it will make a huge difference. There is already a difference now with everything that has been happening. The Lovin' Spoonful has run out of reusable coffee mugs for example because there is such a high demand. After Christmas, people realised they had to do something, and more and more realise that everyday.  In six months, there will be a vast difference. If hope that if we lead by example, then more people will do the same as it really is the right thing to do."

As Linzi Hawkin, area representative for Surfers against Sewage, says in the documentary: "If you imagine you turn on all the taps in your house, your house very soon will be flooding. So you can go and grab a mop and start mopping the floor and that would start to improve things but ultimately you need to find a way to fix the taps."