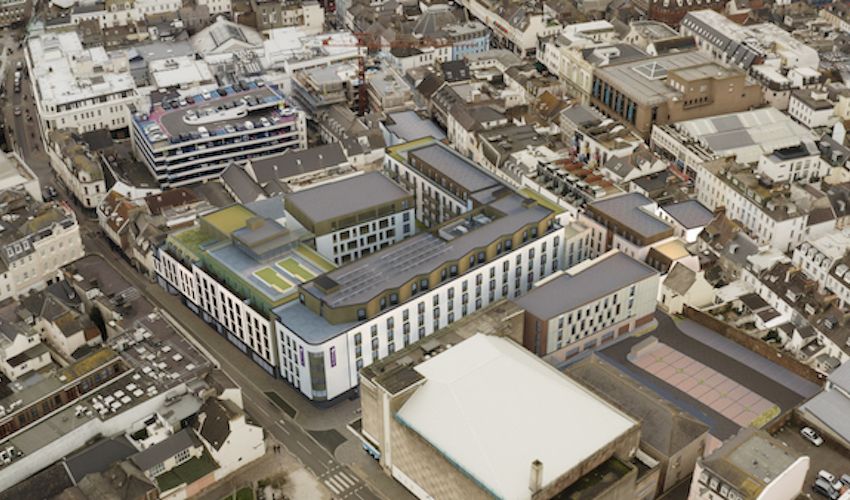 Visit Jersey have thrown their weight behind £70million plans to “regenerate” two acres of dilapidated land in the north of town with a new Premier Inn, 145 apartments, and a restaurant, bar and shops.

Both Visit Jersey’s CEO and Chairman have endorsed the plans put forward by local property investment company Le Masurier, who say their bid to revive Bath Street will plough £1.6million into the economy through visitor spend alone, while also creating around 35 new jobs in hospitality and over 70 in construction.

Le Masurier partnered with Premier Inn shortly last May, entering into an Agreement to Lease with Whitbread - the chain’s parent company - to bring a second hotel to Jersey following the positive response to the first premises opened in Charing Cross.

Video: A walk-through of the site proposed for development.

As well as offering a boost to tourism, Le Masurier's Managing Director Brian McCarthy said the plans also aim to achieve the wider objective of “bringing to life” various areas of town, making the Central Market “central again” and driving footfall to retailers, who have complained of difficulties attracting customers as increasing numbers go online, by improving the accessibility and attractiveness of town.

The plans for the ambitious development, which will sit alongside the Freedom Centre (formerly the Odeon cinema), were revealed earlier this month and presented in a public exhibition last week. 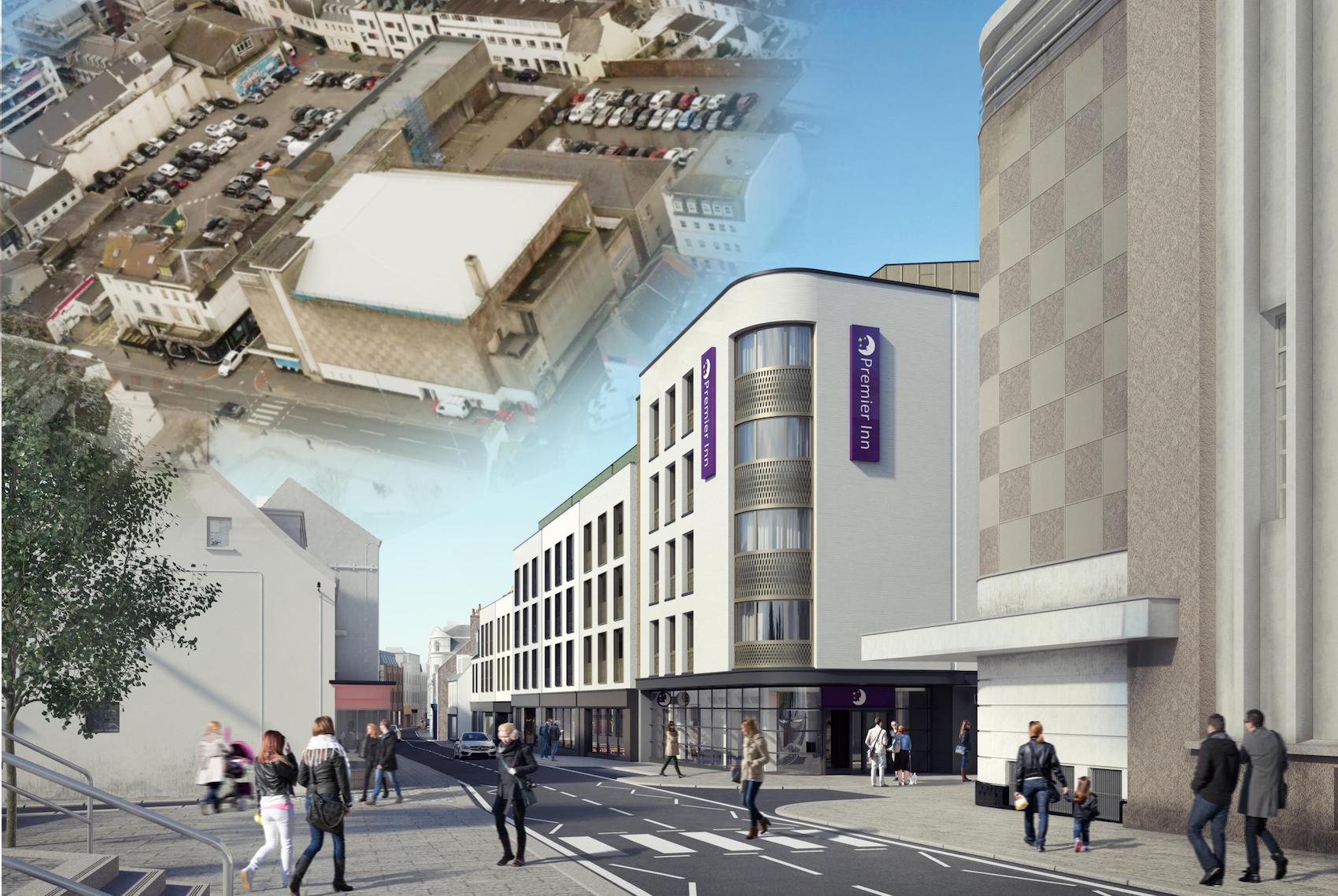 Pictured: What the proposed development, which sits next to the former Odeon cinema, will look like, if approved.

“St. Helier needs it; the island needs it,” Mr Keen added. “It’s really fantastic to see something finally happening for this area. To see Premier Inn follow their recent investment with yet another hotel is a great confidence boost to the island.”

Mr Beecham described the mixed use of the area – with housing and a new Premier Inn - as “an exciting opportunity” for the redevelopment of this part of town, adding that it will be benefit not only islanders but also visitors.

The new hotel would represent about 2% or 3% of the bed stock in the island, which Mr Beecham described as “a significant improvement”, especially as more visitors come to the island each year. 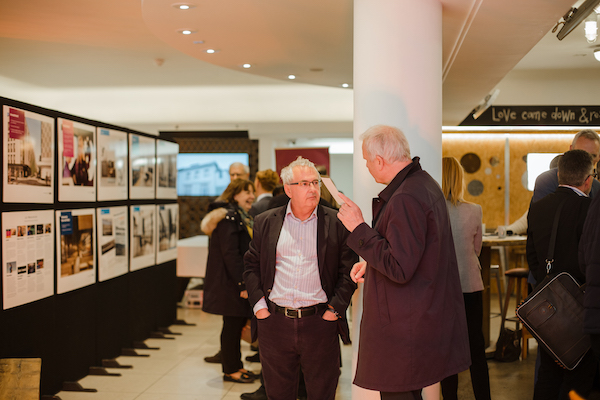 Pictured: Kevin Keen and Keith Beecham at the public exhibition for the plans.

“We are seeing growth year-on-year - we had 3% growth in visitors to Jersey last year - so we do need to keep continuing to grow our hospitality stock,” he explained. “This is a really positive sign. It’s a thumbs up for Jersey from a big international brand.”

Following the public exhibition, Mr McCarthy described the feedback from the 200-plus islanders that visited as “very encouraging".

“The public feedback has been overwhelmingly positive. From our survey responses – and the residents and business people I’ve spoken to – the public have praised how the development will regenerate this part of town at no cost to the taxpayer,” he said.

Video: An explanation of the proposed development.

Among those praising the proposed development was local resident, Trish Irving, who said a complete redevelopment of the area was “desperately needed”.

“To have a second Premier Inn in the town as well is a marvellous thing and I hope that the planners are going to accept it and let us move forward,” she added. “The buildings around here have become very dilapidated and are way past their sell-by-date and we need to modernise.”

Priscilla Ferrier, another islander who went to take a look at the plans, commented: “It’s just beautiful and will bring a bit of sparkle back into Bath Street. I love the walk through to the library and that’s going to be great for kids from all the schools; being able to walk from Millennium Park in a safer environment. I’m all for it.” 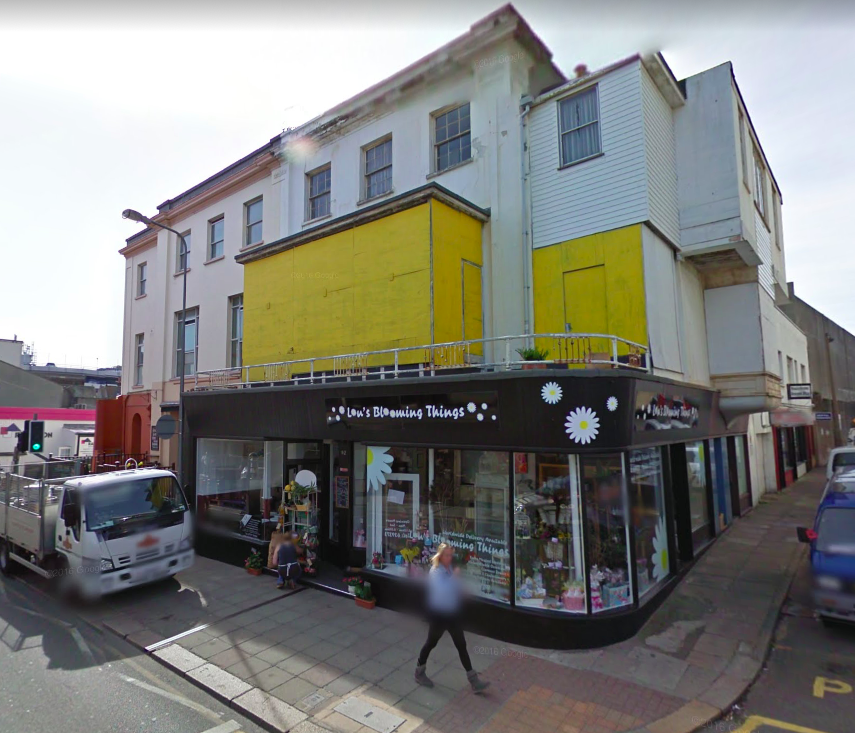 Pictured: The Regency building conservationists do not want to see demolished sits at 92 Bath Street.

But not all views have been warm. As Express revealed earlier this week, conservationists are dismayed that 92 Bath Street, a listed Regency townhouse which dates from 1832, would be demolished as part of the development.

Marcus Binney, Chairman of Save Jersey’s Heritage, said that the building belonged to a particularly significant period in the island’s architectural development."

The next stage of the proposed development is for a planning application to be submitted, which is expected to be in early May.