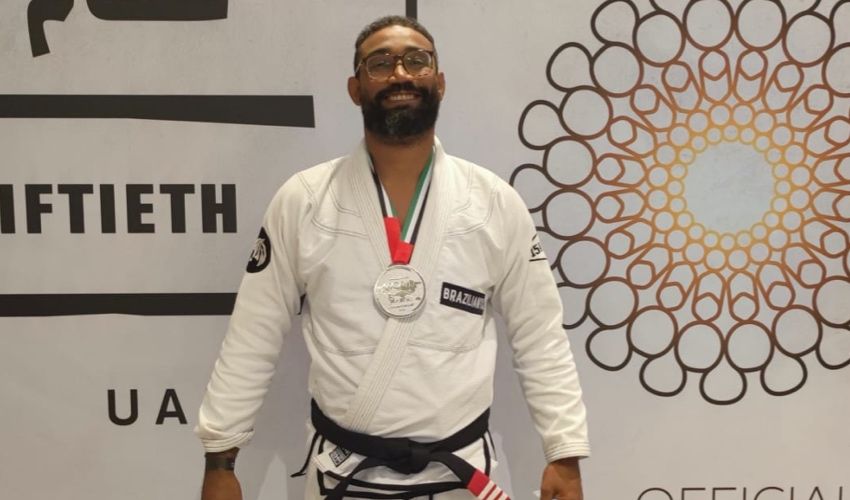 A Jersey martial artist has won a silver medal at the World Pro Jiu Jitsu Championships.

Vladimiro Afonso took runner-up spot at the in Abu Dhabi.

Vladimiro, who runs Brazilian Power Team Jersey, won two matches on the way to the final in the national jiu jitsu arena in Zayed Sports City (4-3 and 5-3 respectively), where he lost out to Brazilian Bruno Bastos in a close points decision to take the silver medal.

Watch: The championships took place in the UAE.

His cousin, Eduardo Afonso, narrowly missed out on silverware finishing in fourth place after a dominating 6-2 victory in his first match-up.

While the Afonsos were in Abu Dhabi, a team of their BPT students competed in London at the BJJ All-stars event and achieved a large medal haul: