Some States Members are 24 hours from unemployment 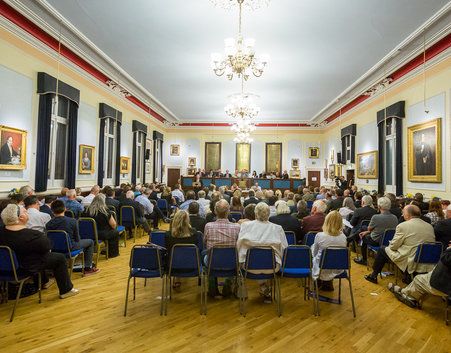 Some States Members are 24 hours from unemployment

The hustings are over, the campaigns are drawing to an end, it can only mean one thing - some of Jersey's £46,000 per year politicians will wake up tomorrow morning as States Members for the very last time...

Islanders go to the polls tomorrow to settle the question of who should lead Jersey for the next three and a half years. With crucial questions about property tax, a new hospital, education reform and immigration likely to be settled by the next States, there’s every reason to get out and vote for the candidates that best reflect your views.

If you haven’t done so already, you can check out the www.vote.je site for a full breakdown of where polling stations are, and information about candidates including their manifestos.

And hundreds of Islanders have already had their say – the pre-poll voting stations saw around 1,500 voters put in an early shout ahead of election day.

But polls open at 8 am tomorrow and run until 8 pm (remember to take your photo ID!), with the first results expected to be announced not long after 9 pm.

The election was billed as the first General Election in Jersey, with every seat potentially changing hands on one day. But a lacklustre nomination night took some of the drama out of the event, when a third of all States seats in the new 49-seat house were uncontested.

Rain is forecast, which might nudge the turnout down a little, but that’s still a good reason to cast a ballot – forget Russell Brand’s daft ideas, the truth is that for every person who stays home and doesn’t vote, your vote is worth just a little bit more!

Posted by Tony Bellows on Oct 14th, 2014
Actually unlike the UK, they do not leave office until the swearing in day of the next Assembly, which is how Guy De Faye lost his seat, but remained as Minister and signed off the Incinerator contract.
To place a comment please login Login »