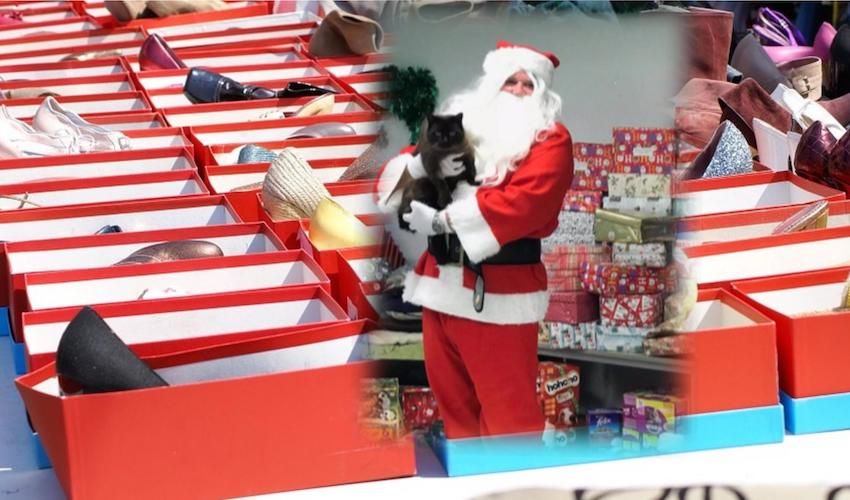 Islanders are being urged to help out 'Santa Paws' by donating shoeboxes stuffed with Christmas goodies for the fluffy, feathered and scaled residents of the Animals' Shelter.

After the dizzying success of last year’s inaugural animal shoebox appeal, the JSPCA is bringing it back so that the animals still waiting for their ‘forever home’ can feel special this Christmas.

Last year, animal-lovers donated an incredible 100 Christmas shoeboxes and a vast amount of other goodies over the festive period as part of their first ever appeal of this kind.

Now, the animal charity say they are “thrilled” to be bringing the appeal back for the second year running.

Pictured: The shelter was inundated with Christmas gifts after last year's appeal (JSPCA).

It’s hoped that this year will attract more support from the local community, including participation from businesses, offices, schools and nurseries.

So far this year, the JSPCA has rehomed over 21 dogs, 101 cats, 40 rabbits, seven rabbits, 68 rodents, 30 birds and 20 reptiles, but the shoeboxes will make a festive treat for the animals who are still waiting to be adopted.

If islanders are thinking about making up a Christmas bundle, the Animal Shelter has issued lists of the particular goodies that they need the most. 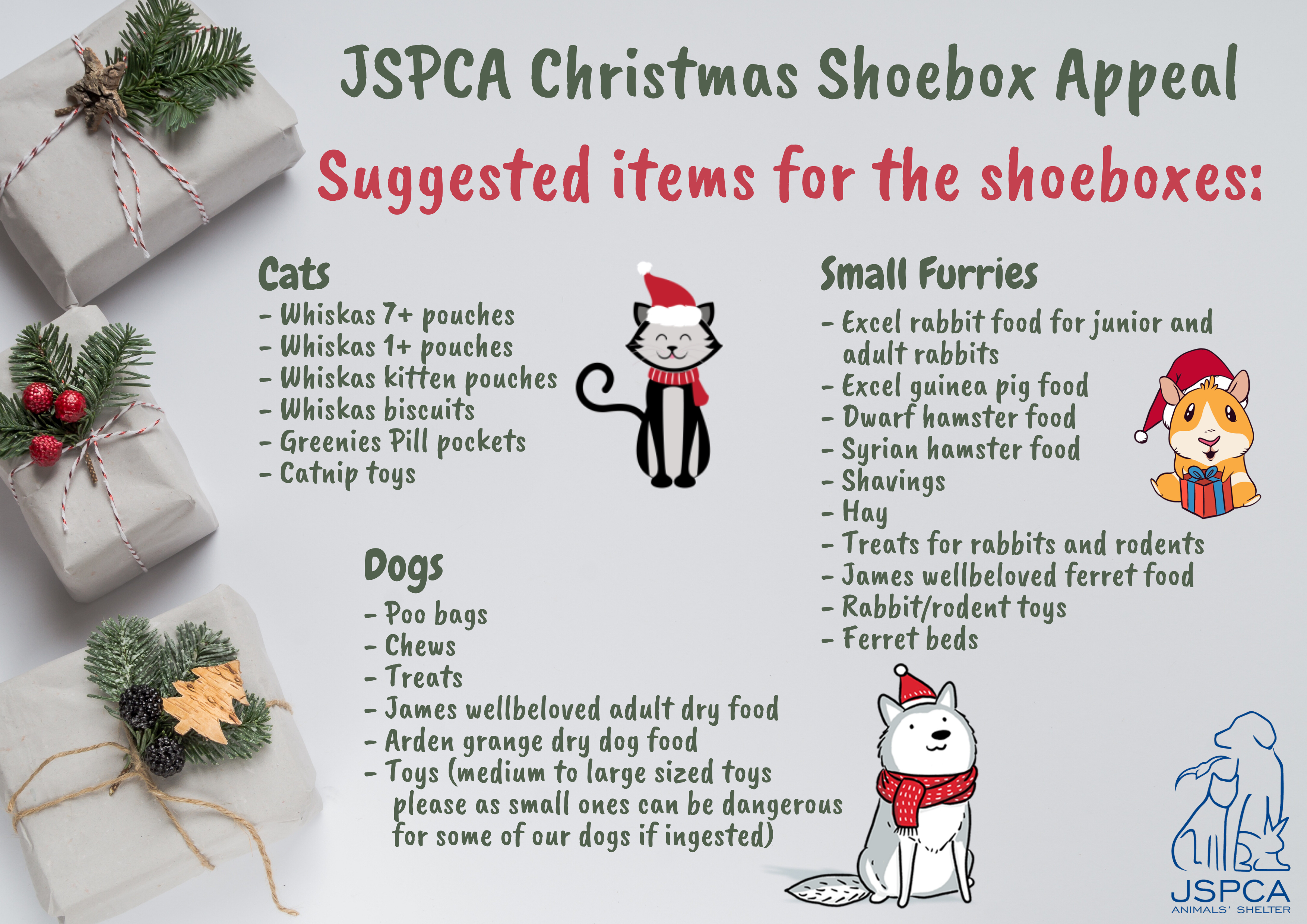 Pictured: The Shelter's Christmas wish list for different animals in their care. (JSPCA)

The Shelter’s In-House Manager and Animal Behaviourist Kari Lees said: “Every shoebox helps to make a difference to the animals in need.

"The goodies from the shoeboxes will give the rescue animals and amazing Christmas and help care for them throughout the year.

“The scale of generosity in last year’s appeal was amazing and we are just getting through the last of those shoeboxes so we are in need of the items listed and are always very appreciative of everything we receive for the animals."

Pictured: The Animals' Shelter has rehomed hundreds of animals so far this year.

The charity’s newly-appointed CEO Debra D’Orleans added: “The staff are keen for the animals in our care to share in the festivities and want them to feel special on Christmas day.”