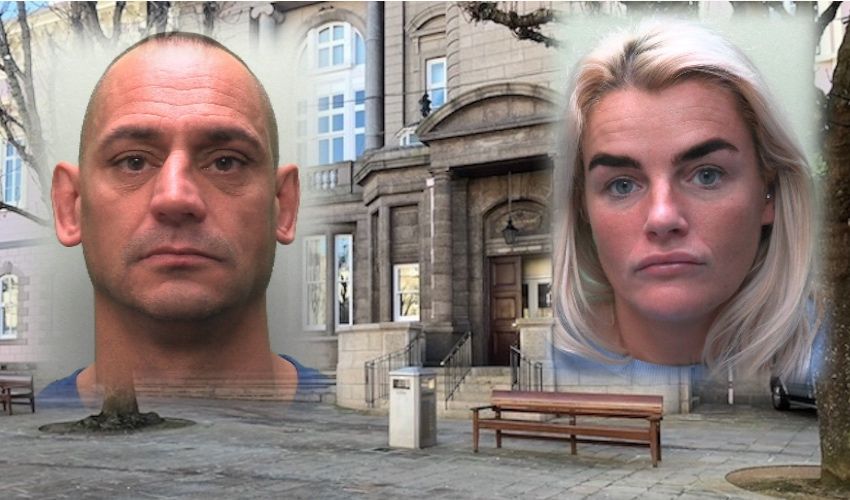 An Iraqi war veteran who became addicted to drugs and alcohol to cope with post-traumatic stress, and a mule with a significant dealer debt, have been sent to prison for burying £215,000-worth of heroin in Howard Davis Park.

44-year-old Liverpudlian Michael Stephen Clohessy was sentenced to seven-and-a-half years for his role in the smuggling bid by the Royal Court on Thursday.

Described as a ‘middleman’ in the importation, he was sentenced alongside 35-year-old Manxwoman Tara-Lee Cowell, who was the courier.

Cowell was sent to prison for seven years for her role in the operation, which took place on 24 October last year.

As well as the 215g heroin, which she carried into the island internally, Cowell was also concealing 4.35g of cocaine, worth up to £600.

She also brought a small quantity of the Class C drugs pregabalin and diazepam, which had been prescribed to her in the Isle of Man as part of her detoxification, into the island in a rucksack.

The two defendants were not known to each other before they met in Jersey. 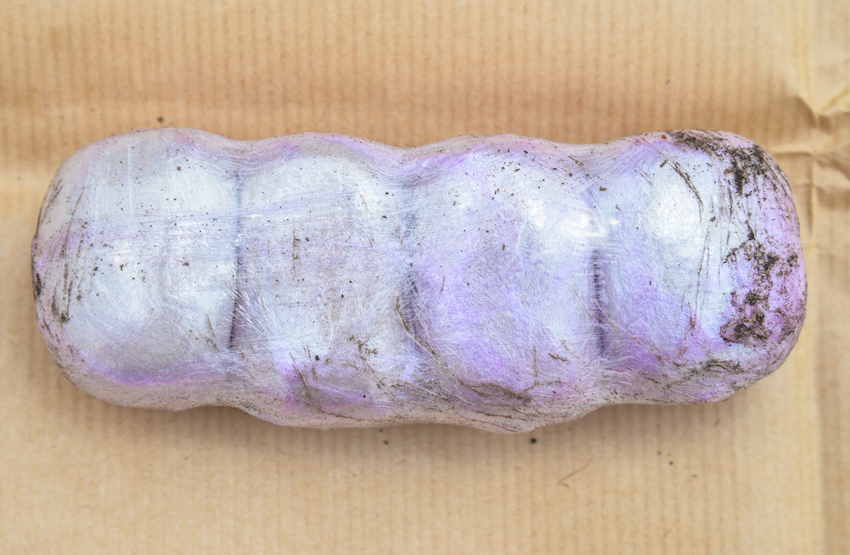 Pictured: One of two heroin packages, which each contained four bags wrapped in clingfilm. They were found buried in a shallow hole in the Howard Davis Park.

Setting out the facts of the case, Crown Advocate Chris Baglin said that Cowell had flown from Liverpool to Jersey and was told to meet Clohessy outside the Mornington Hotel opposite the Howard Davis Park.

Clohessy had flown to the island from the city some days earlier.

“They walked across the road together and entered the park, then followed the same route to the male toilets where Cowell went inside and Clohessy waited outside,” he said.

“After about five minutes, Cowell came out of the toilets smiling and they both continued along the pathway towards St. Luke’s Church.

“As they reached the end of the pathway, they followed the natural route of the path left. Clohessy then left the path and was out of sight in the foliage for a short period.

“Shortly after this they were again seen a little further on, leaving the park and walking to the Admiral Pub a short distance away, Clohessy continually looking behind himself.”

The pair were arrested in the pub, with Clohessy saying: “It is what it is.”

A search of the area where Clohessy had left the path revealed two clingfilm packages, each containing four round packages the size of golf balls, later found to contain the heroin.

The prosecution accepted that Clohessy's role was to receive the drugs from Cowell and then pass them on to an unnamed individual.

Defending Clohessy, Advocate Julia-Ann Dix said that her client had been addicted to drugs and alcohol for 15 years, which he had used as a coping mechanism for post-traumatic stress disorder.

Joining the army at 17, he had served two tours in Basra, she said, and his regiment had suffered the highest body count in the British Army at the time.

“He still suffers flashbacks and was reliant on a cocktail of drugs and alcohol to block out memories of service,” she said.

Clohessy’s consequent descent into addiction and crime, which included multiple previous convictions, had led to him building up significant drug debts, which was the reason he was involved in this importation attempt, Advocate Dix added.

The lawyer said that the father-of-four had described being remanded to HMP La Moye as “a blessing in disguise” and he was being helped by veterans’ charities as well as other services while in prison.

For Cowell, Advocate Julian Gollop said that his client had had a failed education, a childhood marred by violence, and a number of failed relationships which had involved sexual abuse and violence.

She had been a heroin addict for 10 years and had built up a £20,000 drug debt with her dealers. It was for this reason that she had agreed to courier the drugs, he said.

Before the importation, to pressure her to repay her debts, those dealers had sent Cowell’s ex-boyfriend to her house in the Isle of Man to beat her up, said Advocate Gollop.

They had also sent her a photo of her mother’s car in the UK.

“She felt as if she had no choice but to agree to become a courier,” he said.

The lawyer added that the mother of two, who suffered from ADHD, had a supportive family and was keen to become a beautician on release “to make her family proud”.

Commissioner Julian Clyde-Smith, who was sitting with Jurats Jerry Ramsden, Jane Ronge and Pam Pitman, commended the pair for making the very best of services offered to them in prison.

However, he added that the Court found no exceptional circumstances to “warrant a deviation from its strict policy”, reflecting that drugs are dangerous, ruin lives and have a damaging impact on the local community.

Detective Constable Adam Claxton, Lead Drug Squad investigating officer, said after the sentencing: “Those intent on supplying illegal drugs in our island will be pursued with vigour and we will use every tool at our disposal to prosecute them.”

(Photographs of the drugs courtesy of States of Jersey Police) 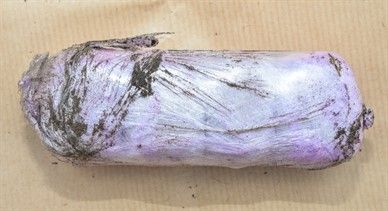 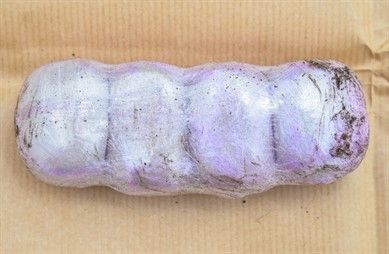 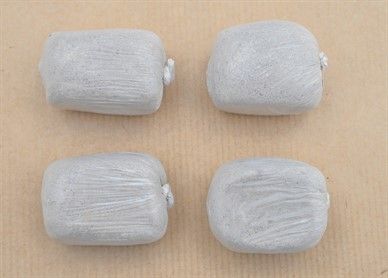