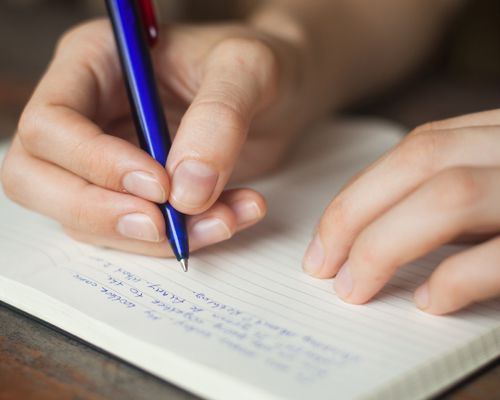 Four budding writers will have their Liberation inspired poetry read out to royalty and the masses at tomorrow's Liberation Day 70th anniversary celebrations.

HRH the Countess of Wessex will get to hear the winning verses of an Island-wide competition performed on Liberation Day at the special ceremony in People’s Park.

The brief was to imagine the historic date and what it would have been like to be part of the celebrations back in 1945.

13 year-old Hannah Fennell from Jersey College for Girls was awarded first prize in the 12-17 years category with her poem “Contented”.

And Jane Wakeham’s powerful and moving poem “The Gift” wowed the judges in the 18’s and over competition.

Writing Magazine’s editor Jonathan Telfer helped shortlist the finalists from among the 130 entered in the competition launched by the Jersey Arts Trust and the States.

Jersey’s Bailiff Mr William Bailhache said: “I am delighted that so many islanders took up the opportunity to submit a poem in this special anniversary year of Liberation. The number and standard of entries was very high which made it very difficult to choose a winner in each category.

“I wish to thank all those who entered the competition and I look forward to Liberation Day when the winning poems will be read out at the special ceremony being held in People’s Park in the presence of HRH The Countess of Wessex.”

The runners-up were 10 year-old Claudia Blackstone with her poem “Liberation Memories”, JCG student Hannah Louise Owens with her poem Tag der Befreiung-Day of Liberation and Geraint Jennings with his Jèrriais poem Les Léopards d'la Libethâtion (which translates as Liberation Leopards.)

The winning and runner-up poems from each category will be published in the Liberation Day commemorative programme.

Each of the winners will get a Kindle Reader and the runners up have won £50 in book vouchers. And with £250 to spend on book vouchers, both Grouville School and Jersey College for Girls will be adding some new additions to their libraries too.

You can read all the winning entries here.