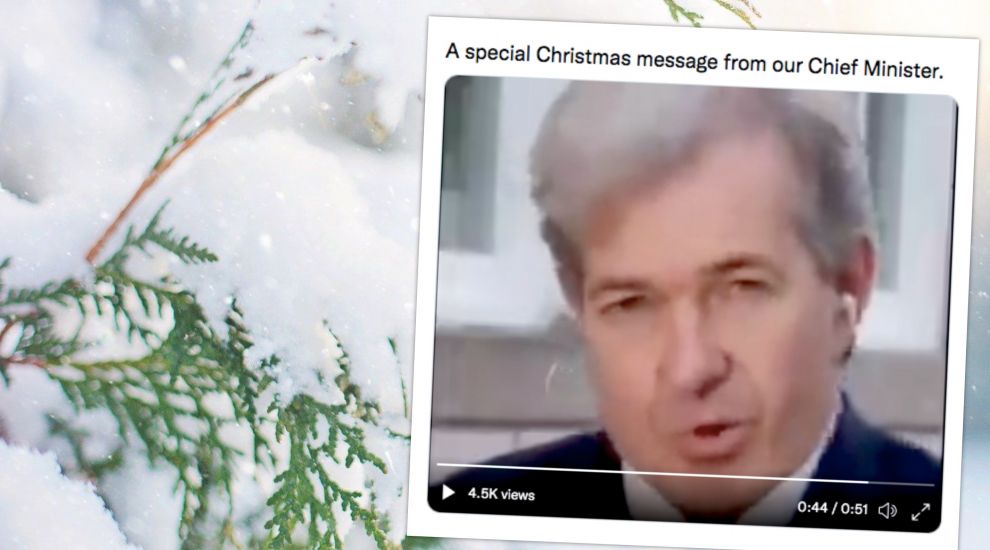 Nearly 5,000 people have delighted in (or been scarred by) a festive video of the Chief Minister appearing to do his best Mariah Carey impression.

Local Twitter user Dan (@Boffology) made the video while messing around on a free AI app.

After generating various images of the island using key terms ranging from ‘international finance centre’ to ‘Overdale hospital’, he decided to pop in a photograph of Chief Minister Senator John Le Fondré and set it to music.

The result was a Senator Le Fondré avatar sultrily singing the opening to Mariah Carey’s ‘All I want for Christmas is you’ outside the States Chamber, which Dan couldn’t help but share on Twitter.

A special Christmas message from our Chief Minister. pic.twitter.com/whiFuGUaZX

Among the 4,500-plus people to view it were Assistant Minister Deputy Lindsay Ash, who said it was “very good”, and the protagonist himself, who referenced it in this week’s States Assembly meeting.

Asked by Deputy Rob Ward if he felt there were enough live music venues on the island, Senator Le Fondré jokingly replied: “I’m trying to find a serious answer to this and, frankly, obviously Deputy Ward has a lot of time on his hands if he’s able to frequent the venues that as far as I’m aware are still on the island for doing his best Michael Gove impression on the dance floor."

He continued: “But I don’t think my remit for promoting the island extends to promoting its social venues and nightclubs - I think that’s very much a question that should be sent towards the… Minister for Economic Development, who I’m sure would be delighted to do a tour of the various venues with the Deputy over the Christmas period to demonstrate the quality and width of the venues that we have.

He added: “Of course, as the Deputy will know, I have been promoting my singing abilities on Twitter more recently - or at least somebody else has been for me.” 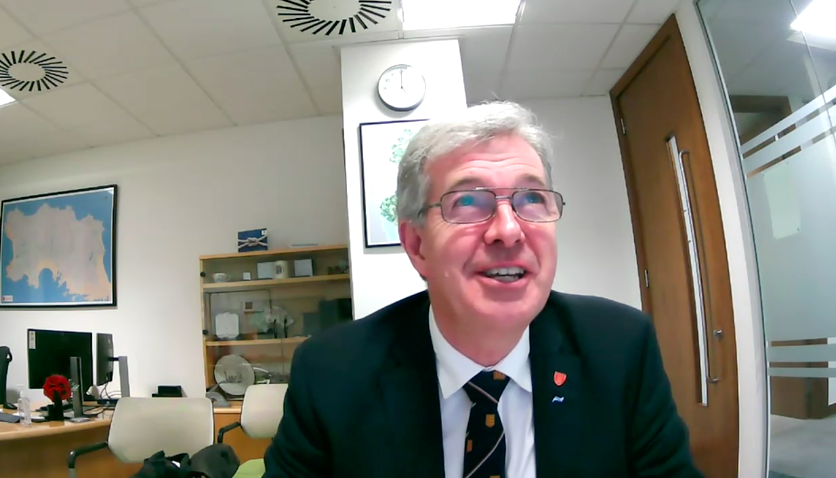 The video’s creator told Express: “I was only having a bit of fun… and didn't expect the video to get much attention to be honest,” he said. “It's taken me a little by surprise.”

He says his favourite moment in the video comes at 43 seconds, just before the ‘Chief Minister’ darts his eyes towards the camera to deliver the killer “you” before breaking into a lively shimmy and head bob.

“That gets me every time,” he said.

While he isn’t planning on making any more political videos in the near future, @Boffology said he will still be experimenting with AI and is inviting islanders to follow his creative progression on his new page, @BoffologyArt.

“I'm essentially at the beginning of a journey, exploring the world of AI-related digital art, and am at a very early stage.

“It's more of a relaxation thing for me than anything else.

"When some people sit down after dinner and watch Corrie, I get the same pleasure exploring and experimenting with all this. It's just me time, helps me recharge.”

Check out some of his creations below...

'The island of Jersey'. No idea why the AI thinks our waters are so bloody pic.twitter.com/GcyPsWEYTu

This one was generated from scratch by an AI. The keywords used were 'international finance centre'. pic.twitter.com/V5gTY9xGIx

And another, generated using the keywords 'overdale hospital'. Would be interesting to compare with current site on Google maps. pic.twitter.com/8mAmmI9qN4

This one I find interesting. Generated using the keywords 'Saint' and 'Saviour'. Is that an imagined Corbiere lighthouse out there? There's certainly a hint of Jersey. Yet if use the word 'Jersey' you tend to get American football jerseys. pic.twitter.com/OfQcUhkfOc