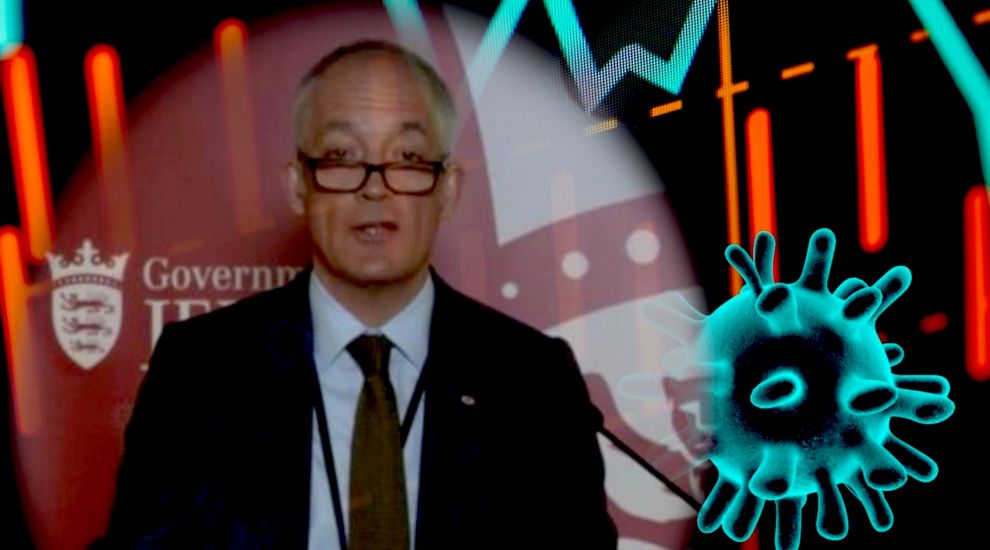 Jersey’s government will have to turn to borrowing as it looks to kickstart the economy after what will be the “deepest drop in economic activity since the financial crash 12 years ago”.

The confirmation came from Chief Executive Charlie Parker at a press conference this morning, in which he explained what he and the wider civil service have been doing “behind the scenes” to keep the island running throughout the health crisis.

In line with warnings from the Chamber of Commerce and the the government’s independent advisers on tax policy, Mr Parker acknowledged that the economy would be hard-hit by the covid-19 pandemic, noting that the government will suffer in turn.

He said that the impact would likely be felt in six months’ time, with income from streams ranging from tax to sports facilities and parking fines all due to plummet.

Mr Parker declined to provide a figure for the overall projected losses when asked by Express, but confirmed that the government was already assessing various options to help Jersey’s economy recover – including borrowing.

Allowing the Treasury Minister to borrow hundreds of millions of pounds to help keep the island afloat was one of the emergency powers passed by the States Assembly last week.

But, until now, there had been no confirmation the government would be using it. 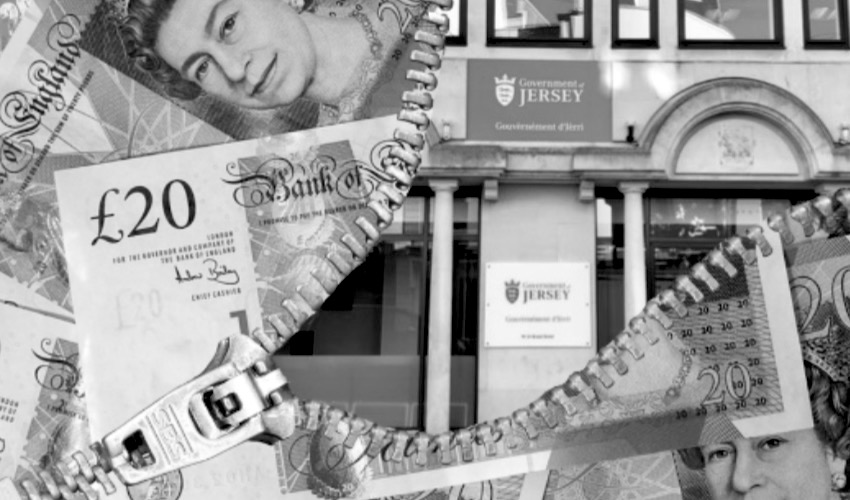 Pictured: The Treasury Minister has been given the power to borrow hundreds of millions.

Responding to Express’s questions about plans to help the island’s economy recover from the impact of coronavirus, Mr Parker explained: “…We have created the capacity and facility to be able to go and borrow money and we would need to do that.

“During a period of global uncertainty, you wouldn’t normally want to go and create liquidity in your reserves and crystallise any losses that may have happened in the market. So, any sensible government will be looking at other measures to ensure that they can support the need for liquidity and for having cash to deal with its day-to-day business and that’s what we’ve been doing.”

He continued: “I’m not in a position where we start talking about numbers, because it is a very fast-moving situation, but to be very upfront and honest as has already been explained, this is going to create a significant economic downturn at a date in the future and we have to start to prepare for that and we are doing that working closely with Ministers and looking at our forward projections what that might mean both for public services and also inevitably for the island.

“We’ve got a lot of businesses that are in distress, how quickly they will be able to come back, what the island will look like, what will be the drivers for the economy in the future – all requires some careful modelling and thought and planning. And that is what we’re doing behind the scenes. So, it’s not about quick numbers today and it won’t be about quick fixes, but the point I’m really making is we have to start that work now.

“Any responsible public service supporting any Government will be doing that work behind the scenes because it’s not all about the immediate crisis – important as that is – it’s also about the follow up crisis that may happen which will be an economic one.”

The measure comes in addition to an agreement by politicians yesterday to cancel payment of £63.5m into the Social Security Fund.

Elsewhere in the conference, Mr Parker echoed comments from the Housing Minister, who admitted earlier this week that it would no longer be possible to deliver everything in the Government Plan. 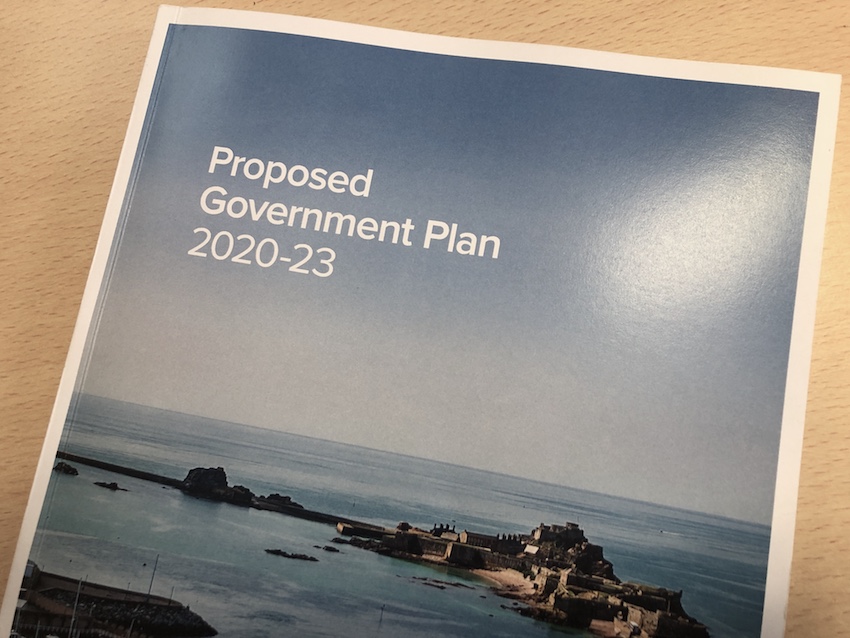 Pictured: Mr Parker said elements of the Government Plan may have to be changed.

Mr Parker explained that the public service would have to “tighten its belt, like other sectors are having to”, adding that he was in discussions with Ministers over potential cuts to the plan.

“We’re starting to discuss what a new Government Plan for 2021-24 would look like – essentially making it part of an economic recovery plan for Jersey,” he said.

“We’re also looking at all the possible options for Ministers to consider to fund the recovery and replenish the reserves over coming years… As a result, we are urgently reviewing current Government expenditure in the light of the crisis, to offer Ministers options on what we should continue to deliver, what we should defer and what we should stop.”

Posted by Jon Jon on Apr 3rd, 2020
We had a business ,when it was good year you would put money away for the bad years, surely this still continues in business, I know people live to the hilt of their income so have no savings to fall back on.After all this the next few years are going to be extremely tough, and therefore we can expect higher taxes.Its been said before ,had Jersey Government not squandered millions upon millions on various projects ,this Island might still be in a better position.
Posted by Davey West on Apr 3rd, 2020
Very wise Mr Parker looking forward as well as in the present. Suggest cancelling the new £40 million pound airport arrivals hall, who's arriving in great numbers ? If the Harbours and Airport authority refuse disband them and bring the department under full States control. Also ask another Quango Jersey Development for a £20 million pound contribution so you can borrow less. If they refuse saying they need to develop ask develop for who, then take the same measures as with H & Airports. Tough decisions need to be made, enough already of those quangos who's main interest is to empire build and feather their own nests. Its about Jerseys, future and survival now.
Posted by andrei bejan on Apr 3rd, 2020
So how is it possible that non essential business like outdoor painting,gardening,window cleaning..etc are still able to operate when the name of individuals infected are keep form the public.how is that safe for me as a worker?as I understand outside work is possible to carry on but they need to keep their Distance I keep my distance but I’m still on a residential premise where potentially could be someone infected.how is this working out?i keep my distance but I’m still teaching all theer garden furniture..windows,doors and so on!!! i can’t see my fam.but I can be on a premises of other ppl potentially isolate or shield.
This doesn’t make any sense.
Posted by john garner on Apr 3rd, 2020
Senator Ian Gorst, who emphasised that Jersey's cash supplies were "finite"........as opposed to lets borrow as much as we like ....heaven made excuse here to set the ball rolling..Hospital next then what ?, etc.etc etc etc
To place a comment please login Login »