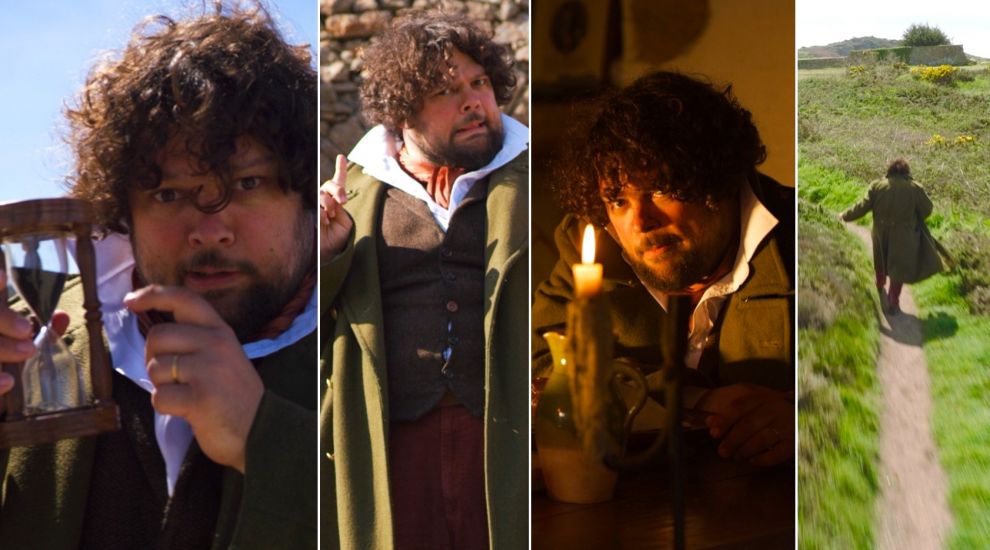 If you've ever wanted to learn more about the history of Jersey through from its ancient roots to the present day, but never felt you've had the time, a 'beastly' new film is here to bring you up to speed - in less than 10 minutes.

Jersey poet and storyteller, the Story Beast (aka John Henry Falle) has put together a piece taking us from geological formations through the Ice Age and Stone Age, battles, political upheaval and plagues past and present.

Without further ado, here's 'The Complete History of Jersey (in just under 10 minutes)'...

So... how on earth do you squeeze the island's entire history into less than 10 minutes?

John Henry explained: “I’ve tried to look at Jersey’s History proportionally, which is a really stupid way of doing things. As a result I spend a lot of time on the 200,000ish years of habitation of the caves at La Cotte and virtually no time at all on Financial Services or the Oyster Fisheries of the 19th Century.

"This is obviously a bad way of organising History but ArtHouse Jersey had commissioned a poem no longer than 10 minutes so what this forced me to do was ‘zoom out’.

"When you zoom out, our island’s story stops being about particular historical characters and starts being about geology, technologies, trades, faiths, landscapes and the movements of people.”

The piece was originally commissioned by ArtHouse to celebrate the opening of its new HQ at the Greve de Lecq Barracks.

It was due to be filmed in 2020 as part of the Government's Island Identity Project, but, as John Henry explains, "then - and I don’t know if you’ve noticed - some actual history happened."

And that meant a rewrite, involving "the island’s recurrent outbreaks of Plague, Spanish Flu, Dysentery, Smallpox, Cholera and Malaria."

But it wasn't just the pandemic that needed to be taken into account. 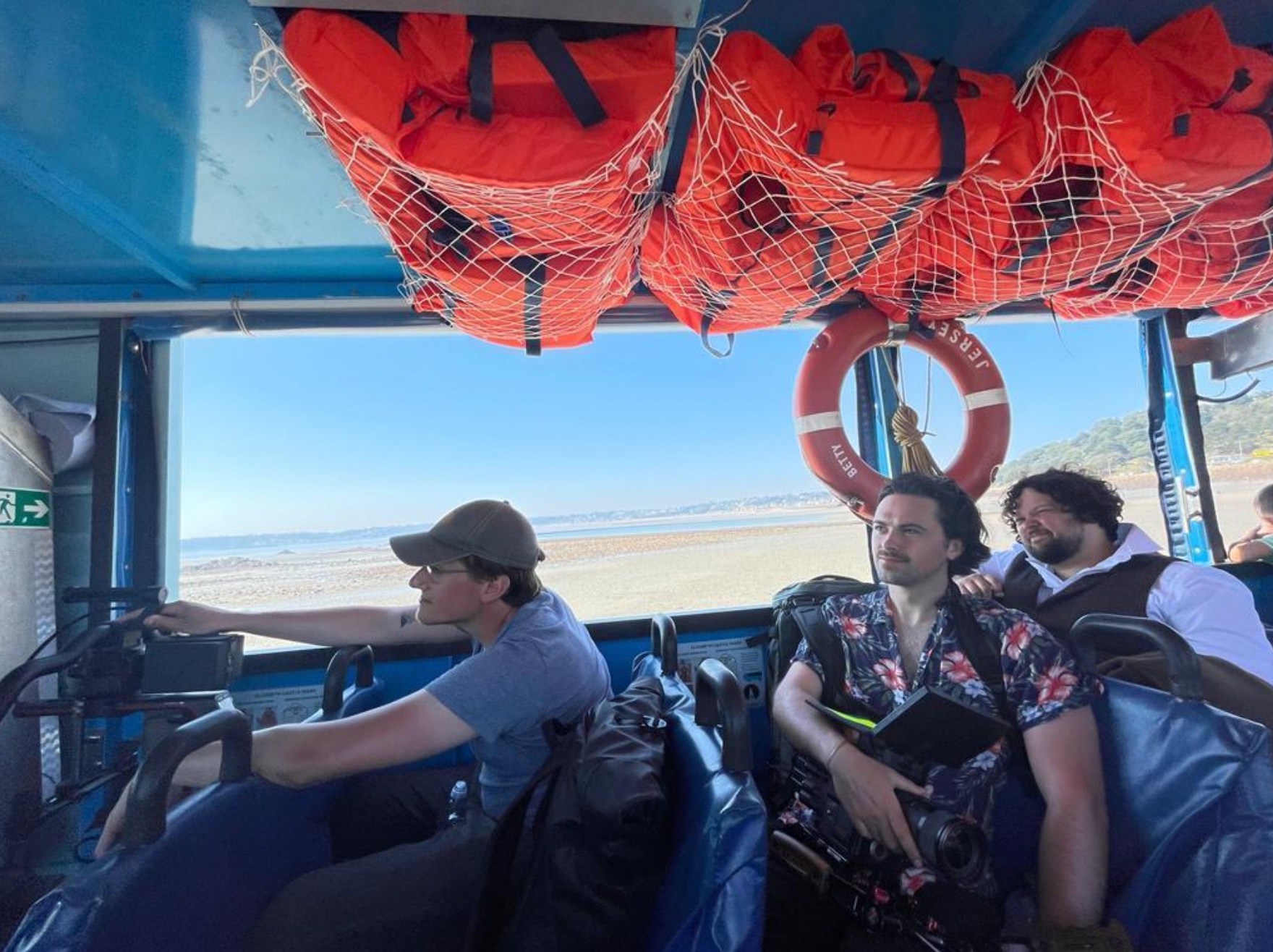 Pictured: On the way to film at Elizabeth Castle.

"Last May the French engaged us in a fishing dispute so of course that had to go in. The fight for Trans recognition and liberation is an ongoing issue and not going away any time soon. Island Identity - who funded the video - commissioned a fascinating questionnaire from the Island Policy Unit showing some of the issues affecting islanders right now.

"Then about mid-way through filming - the Government of Jersey selfishly dropped the 2021 Census, showing my prediction that there are 107,000ish people in Jersey to be false. That’s right. In spite of all the real Jersey folk I missed, I had invented 3000 imaginary ones. And don’t be confused, the past can shift just as quickly as the present."

The Minister with responsibility for the Island Identity project, Deputy Carolyn Labey, said she was delighted with the final result. 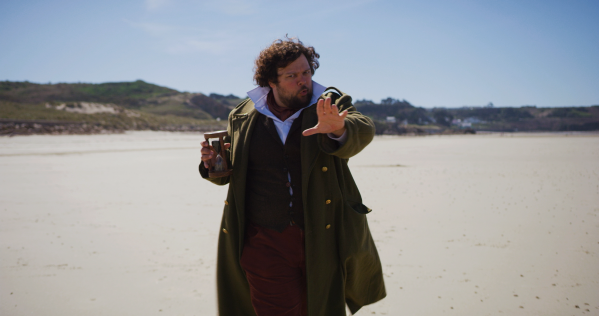 Pictured: John Henry had to rewrite part of the poem to take the pandemic, French 'invasion' and Census into account.

“The piece begins by posing the question of how to define Jersey, implying that statistics and external perceptions of our island fall short of capturing the indefinable essence of 'Jersey-ness'. This is the central question of the Island Identity project.

“The ongoing process of attempting to answer it sheds light on how our Island’s distinguishing characteristics can be recognised, protected, and celebrated.”

Describing storytelling as a way of “connecting the past and present and blurring the boundaries between entertainment and education”, she added that she hoped the film “appeals to all islanders and that it speaks to them in some way.”

As well as the Government and ArtHouse, the production received support from Jersey Heritage, and involved numerous local talents.

With history continuing to be made and archeologists and researchers continuing to make new findings about our ancient roots, John Henry acknowledged his poem may have a finite lifespan.

"When even the past refuses to say still all you can really do is admire the scenery and appreciate that it’s constantly eroding beneath your feet. So, the work will never be done, it just stops. If the poem is successful, I look forward to the next few years of being told how wrong I was.”

Posted by Chris Stephenson on May 10th, 2022
Just wanted to acknowledge and applaud this wonderful film and poem . Great idea , well executed , original , and enjoyable . Well done .
Posted by Mark Collar on May 10th, 2022
Everyone I have spoken to about this uses the same word. It is just brilliant.
To place a comment please login Login »