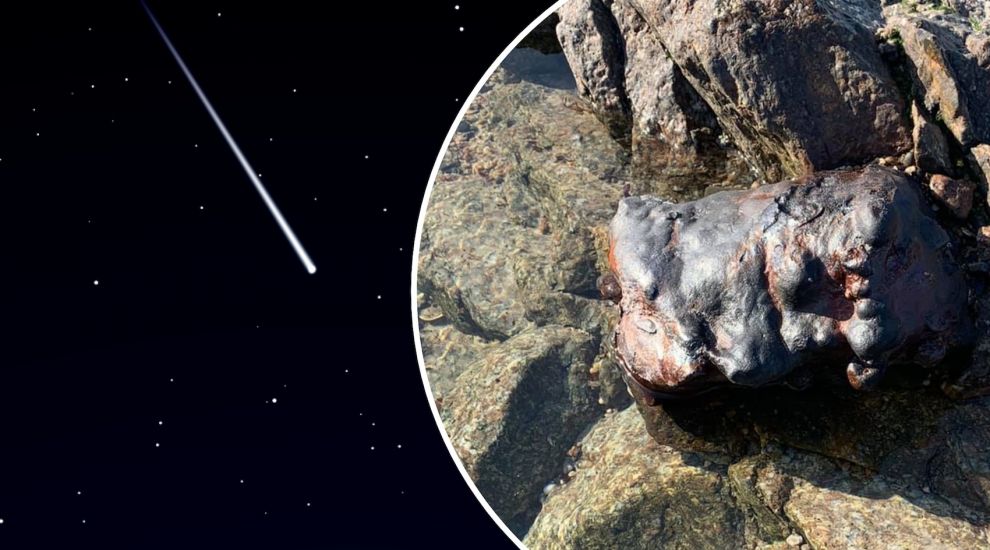 A local beach cleaner is investigating whether a mystery boulder she discovered yesterday could actually be part of a meteorite.

A fireball was spotted shooting through the sky at 30,000 miles per hour across Northern Europe shortly before 22:00 on Sunday.

Scientists think some fragments may have survived and broken up in Gloucestershire.

But an unusual discovery, and footage captured by a local driver, have led some locals to believe one of those fragments could have landed at La Pulente. 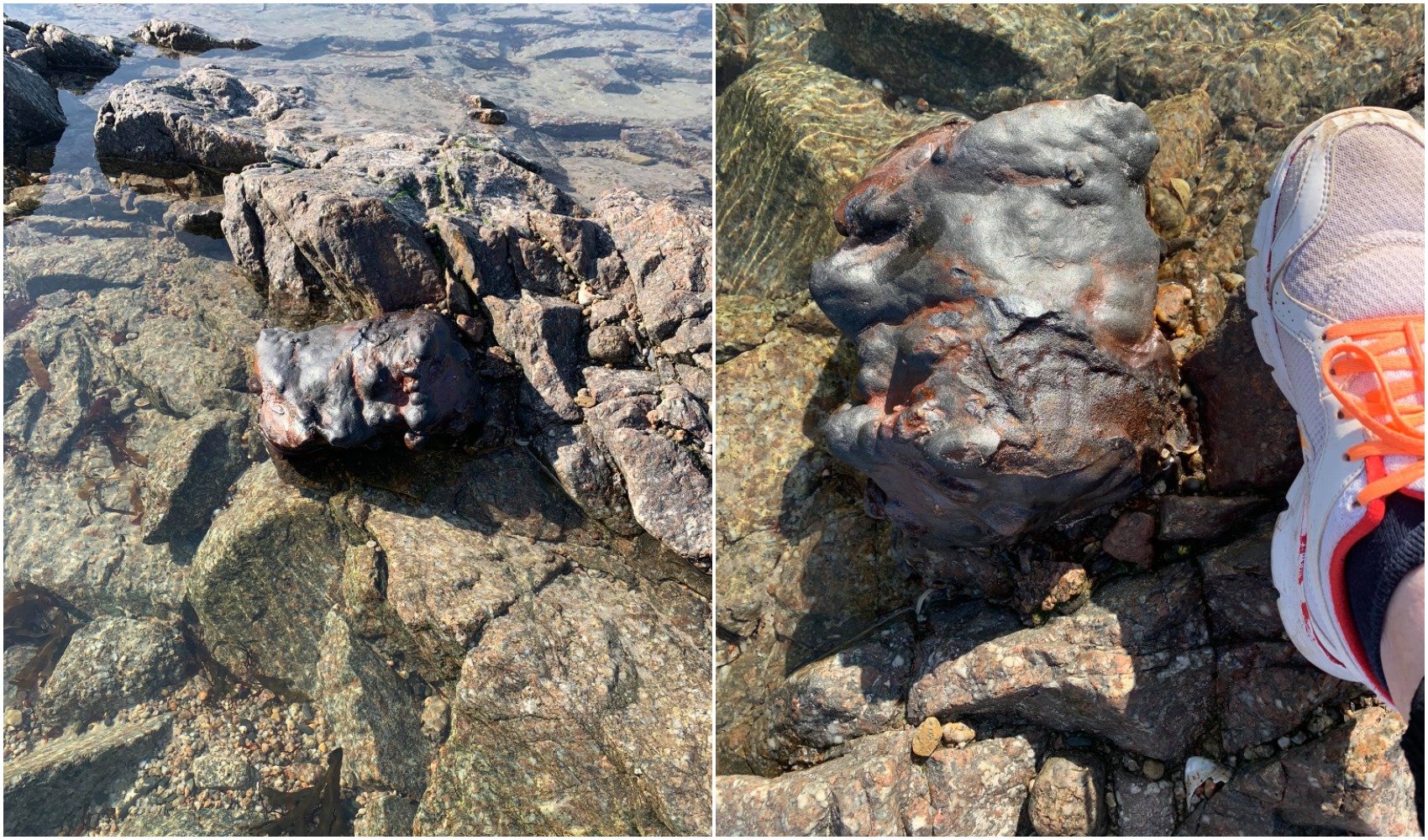 According to Jules, the metallic item seemed “completely fused to the rock” – “it certainly wasn’t going anywhere!” – so she took to Facebook to ask what it might be.

At first, the concern was that it could be an unexploded bomb.

“I’d seem a few posts recently of people finding bombs and what not due to the recent tides and sand shifting so I posted it on Facebook to get an opinion of what it was and whether or not I should call it in,” she told Express.

“The Police came within minutes and checked it out but didn’t seem to know what it was.”

Pictured: The mystery boulder was discovered at low water in the La Pulente area.

Pictures were then sent to the island’s bomb disposal expert, and Jules is yet to hear back on his conclusions.

But some commenters offered an alternative explanation – that it could be a fragment of Sunday’s fireball.

That feeling was strengthened after islander Andrew Muir shared footage caught on his dashcam around 21:55.

“I was travelling north on the Five Mile Road just past the Watersplash. I pulled over to look at something and [saw] the meteor shooting across from the west,” he recalled to Express.

Neil Mahrer, of the Jersey Astronomy Club, however, was more sceptical about the find.

He noted that scientists had put forward a clear picture of the likely trajectory of the meteor, making it unlikely it would be in Jersey.

Dr Luke Daly of the University of Glasgow and the UK Fireball Alliance said that, “if pieces landed, they are likely to have been on or just north of Cheltenham, out towards Stow-on-the-Wold” and therefore probably on farm land.

Dr Katherine Joy from the University of Manchester advised anyone who thinks they have found a meteor: “…ideally photograph it in place, note the location using your phone GPs, don’t touch it with a magnet, and, if you can, avoid touching it with your hands. Pick it up in a clean bag or clean aluminium foil if possible.”

More details on last night's #fireball: the UK Fireball Alliance (UKFAll) press release, our current est. of the strewnfield & inferred flight history. Please get in touch if you think you've found a piece of this #meteorite. @FireballsUK @UKMeteorNetwork https://t.co/QDJAjTLoEs pic.twitter.com/oDJhw5yAEA

The Fireball Alliance’s Dr Sarah McMullan estimated that about 50 tonnes of extra-terrestrial material enters the Earth’s atmosphere each year.

“Most are sand-sized particles known as cosmic dust, including most meteors in the Perseid meteor shower that takes place every August.

“But even over a relatively small land area like the UK, about 20 meteorites probably land each year.

“Most are barely the size of a sugar cube. However, two or three are bigger, and that’s probably the case with this one. Every few years, a much bigger one will arrive.”

Look up to the skies! Meteor shower flies across Jersey