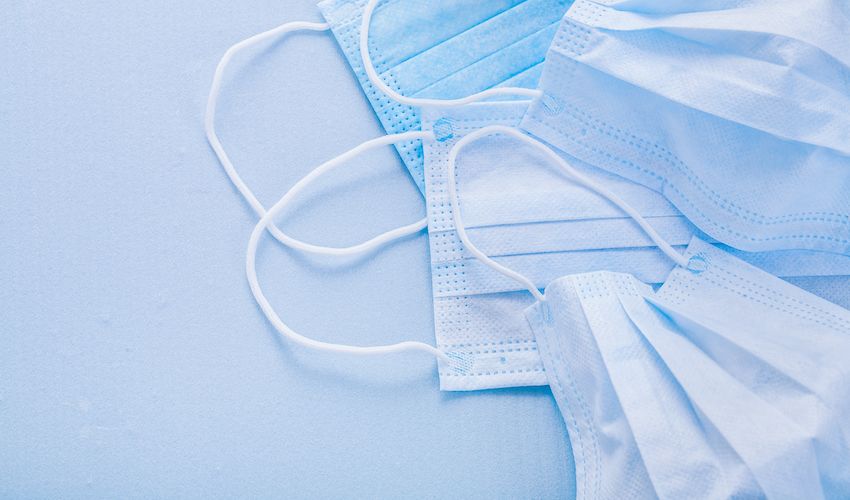 Jersey's government is looking to pull in diplomatic ‘favours’ to push the island further up the list for the supply of highly sought-after medical protective equipment.

The comments came from Government Chief Executive Charlie Parker, who disclosed how Jersey plans to widen its supply chain, as well as detailing efforts to centralise the distribution of the kit locally during a Scrutiny hearing on Friday.

The first to be conducted virtually, the hearing of the Corporate Services Panel grilled Mr Parker, alongside Chief Minister Senator John Le Fondré, Minister for External Relations, Senator Ian Gorst, and Director General for Justice and Home Affairs, Julian Blazeby, on the government’s response to the corona virus outbreak.

Asked by scrutineer Deputy Steve Ahier about the provision of PPE for porters and cleaners working in healthcare settings, Mr Parker replied: “We have just finished a full audit of what the island PPE requirements are because it’s become apparent that a number of parties who would normally have ordered their own PPE as part of their business continuity plans haven’t necessarily got the stock that was originally thought would have been available for this type of pandemic.

“So, as a result of that, we’ve spent some time talking and looking at all of the requests to ensure that we now bring a single procurement arrangement for the whole island across all categories where PPE is needed.”

In relation to the provision of equipment for different workers in healthcare settings, Mr Parker said that more guidance is due to differentiate which grades of protection need to be worn by different workers.

“We have different requirements for what PPE is needed by different types of worker or people who interface with activity that may or may not be involved in supporting the covid-19 arrangements. Unfortunately, to date some people have interpreted what would be, for example, a requirement for the medical PPE to be the same as it would be, by way of example a bus driver, and I use it just to make the point.

“The reality is that there are gradations in all of that. That guidance which has been confirmed with Dr Muscat and also other advisors is now about to be issued to help us then deal with the demand so that we are apportioning the PPE accordingly.”

As part of measures to tighten up the distribution of PPE in Jersey, the Chief Executive explained: “We’ve now set up a central arrangement for the distribution of the PPE which has from it an order form to ensure that we are matching the requirements against the specification of what people will need and that process will then flow and hopefully ensure that we get the right equipment to the right level of workforce that needs it.”

He added that the government is now looking “across island for all other PPE orders and we are placing orders wherever we can to ensure that we are meeting the requirements as per the different categories".

Speaking about the supply chain, Mr Parker emphasised that Jersey isn’t the only place in the world struggling to get its hands on the required equipment.

“There’s problems for PPE across the whole of the world because the two biggest production places for PPE happen to be the US and China and you know that both of those areas have been affected.”

In order to procure the kit needed, Mr Parker said that they have drawn on supply chains in Europe as well as “diplomatic channels”.

Elaborating on this latter point, the CEO said: “We have used diplomatic channels to ensure that we can bring our PPE supplies up the list because we were experiencing different levels of prioritisation through the UK supplies from the crown agents – that’s being pursued by Ministers where appropriate and officials.

“So, at the moment we have spent a lot of time this week unblocking some of the issues around supply timelines and also looking and widening our supply chains through normal channels and also European channels.”

Posted by Jon Jon on Apr 7th, 2020
Like it or not ,this should of been in place a few months back,or did they think this island would escape this virus,some very bad judgment,following the uk as usual,yet Guernsey seem to have prepared far better.
Posted by John Henwood on Apr 7th, 2020
Yet another 'after time' expert! If only life were conducted with the benefit of hindsight, we'd all be experts.
Posted by Lesley Ricketts on Apr 7th, 2020
Really what’s being said here is we haven’t got enough PPE and we are having difficulty getting it. Stop the spin please Mr Parker it doesn’t fool anyone. Poor planning from our government as usual!
To place a comment please login Login »