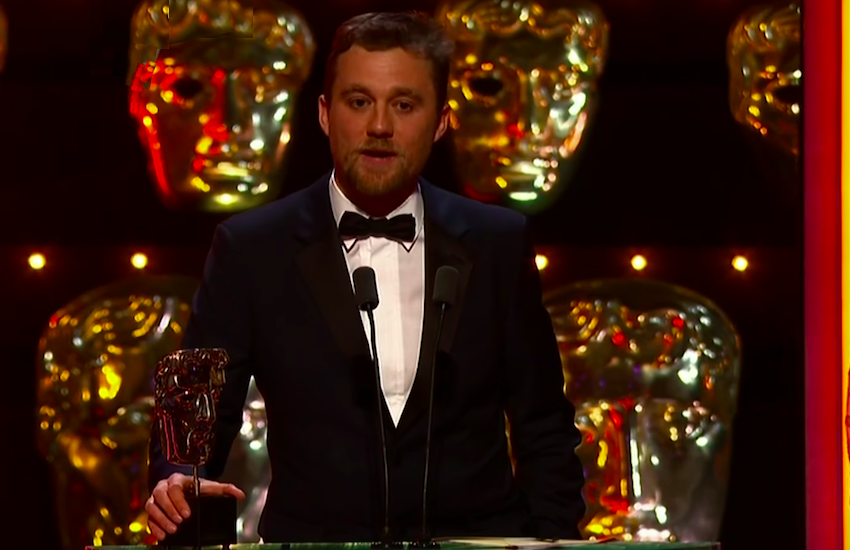 A Jersey-born film director last night took home a BAFTA for his psychological thriller based on the story of the ‘Beast of Jersey.'

Michael Pearce, who grew up in the island, thanked his production team and leading actors as he received the accolade of ‘Outstanding Debut by a British Writer, Director or Producer’ for ‘Beast.'

Pearce also paid tribute to his father, who raised him and his brother after their mother passed away when he was seven.

“He told me recently his childhood dream was to be an actor but his parents didn’t want him to do that – they didn’t think it was a realistic ambition. So I want to say thank you dad for letting me pursue this dream.

Video: The trailer for 'Beast', which was partially shot in Jersey and received support from ArtHouseJersey.

“I wouldn’t be here without you and I’m sorry for cutting you out of the movie. He was an extra in a scene but it was too– it wasn’t him, he was really good,” Pearce joked during his acceptance speech.

The film – much of which was shot in Jersey – follows misfit islander Moll (Jessie Buckley) as she embarks on a tumultuous relationship with the mysterious Pascal (Johnny Flynn) while a series of murders of young women plays out in the background, shaking the island to its core.

Video: Jessie Buckley, who played Moll in 'Beast', said the film had "a big heart".

‘Beast’ was also up for ‘Best British Film’, but was pipped to the top spot by ‘The Favourite’, which itself appeared to be the favourite of the evening, nabbing seven awards in total.

Jessie Buckley’s performance as the thriller’s leading lady, as well as her recent role in Wild Rose, saw her nominated for the Rising Star award. However, she lost out to competition from Black Panther’s Letitia Wright, who thanked God for helping her through depression and into a successful acting career during her speech.

In a later interview, Buckley shared her delight at ‘Beast’’s success, describing it as “a small film that’s got a big heart that’s gone a long way”.

Her co-star Johnny Flynn, who was also in attendance at last night’s awards, said: “It’s a film that asks a lot of questions of ourselves as human beings, and I’m very proud of it.”