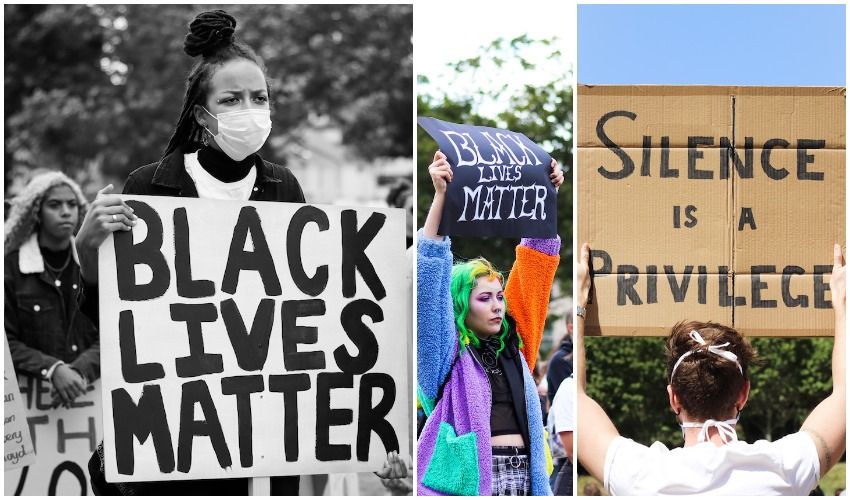 Jersey’s political and business leaders have been challenged to implement policies and procedures to dismantle institutional racism in the workplace and wider island.

The calls came in a rousing speech from Lesley Katsande during a peaceful, physically-distanced protest for racial justice on Saturday at People’s Park organised by Jude Kriwald and Nicola Twiston-Davies, alongside a number of local community groups.

It saw hundreds of islanders kneel for eight minutes and 46 seconds to mark the death of US citizen George Floyd, who lost his life after being arrested and pinned to the ground for that length of time by Mineappolis police officer Derek Chauvin, who has since been charged with second-degree murder.

Video footage of Mr Floyd’s arrest sparked outrage and action around the world, with Black Lives Matter demonstrations spreading across all 50 states in America, and numerous cities across the UK to demand change from policymakers.

Ms Katsande added to those calls locally, saying: “To Jersey senior leaders, our young people have come to say: ‘We see you, your actions. The system has to change. It is not working.’

“Our young people have come here to say: ‘We know what is happening in Jersey, the underlying discrimination. Systematic and institutional racism is not only in America, but in Jersey as well.”

She went on to advocate for more robust training, guidelines and policies and procedures “to investigate racism and discrimination in workplaces, schools and the wider community”, adding that the complexity of this work should not be seen as an excuse not to do it.

In a further challenge to the corporate community, Ms Katsande urged investment companies and banks to ensure there is equal pay, as well as acknowledging their “moral duty” to improve and give back to the developing nations they employ individuals from and do business with.

Video: Hundreds of islanders turned out to show their support for the Black Lives Matter movement, listening to a series of rousing speeches, including one from JCG teacher Abigail Atkinson.

Turning to Minister for Children and Housing and Reform Jersey leader Senator Sam Mézec, she asked that he “sit down with all black, Asian and minority ethnic groups in Jersey to hear their experiences in this place”.

Earlier in the protest, the Senator had given a speech, telling the island’s black community: “We stand with you, we celebrate all you contribute to what makes our society so special and we will never let you come into harm’s way because of the depravity that is racial injustice.”

He also said the movement was supported by the Chief Minister, Senator John Le Fondré, who was unable to attend himself due to being at a D-Day commemoration.

Following the event, Senator Mézec pledged on social media: “This must the start of a greater movement for change. I commit to doing what I can to bring the voices of our BAME communities round the table in government to ensure that their view and concerns are at the heart of how we move forward.”

Ms Katsande’s words rounded off a number of speeches, which opened with Jersey-born musician Kingsy, Kieran Brown (23), who reflected on the problem of racial stereotyping and the damaging sweeping assumptions black people often encounter.

He explained that people had often asked him, “Are you local?” and probed his family’s Jamaican background, making assumptions about his “tastes and distastes based on a country I’ve never been to, one that my mum left when she was four years old” before going on to address more destructive stereotypes, saying: “I am not a thief, I’m not a gangster.”

Mr Brown continued: “The next time you find yourself asking the question, ‘Where are you from?’, ask yourself, why do you need to know?

“…Systemic racism is something people might not realise they’re doing. People might ask me where I’m from genuinely because they’re curious but sometimes they immediately find themselves racially profiling me… I am not defined by a place I’ve never been to. I am so much more than that.” 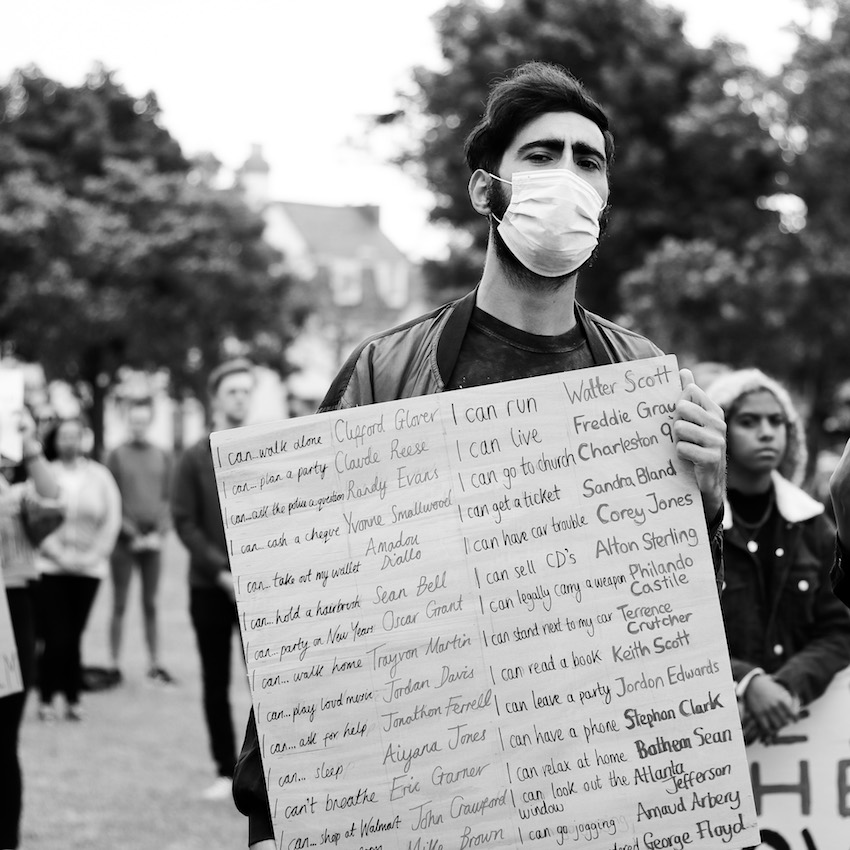 Pictured: One protestor's sign paid tribute to the many black individuals who have lost their lives due to police brutality and institutional racism.

He continued: “If you want to know me, you’d have to spend some time with me and get to know me beyond your preconceptions.”

Local human rights activist Natalie Strecker, meanwhile, spoke about white privilege and the responsibility on white people to use this privilege constructively to fight racism.

Building on this theme, JCG English teacher Abigail Atkinson told the crowd: “Being non-racist is not enough; being anti-racist is what counts.”

She went on to explain why saying ‘Black Lives Matter’ is not to suggest that all lives don’t matter by likening it to the cry of a child. 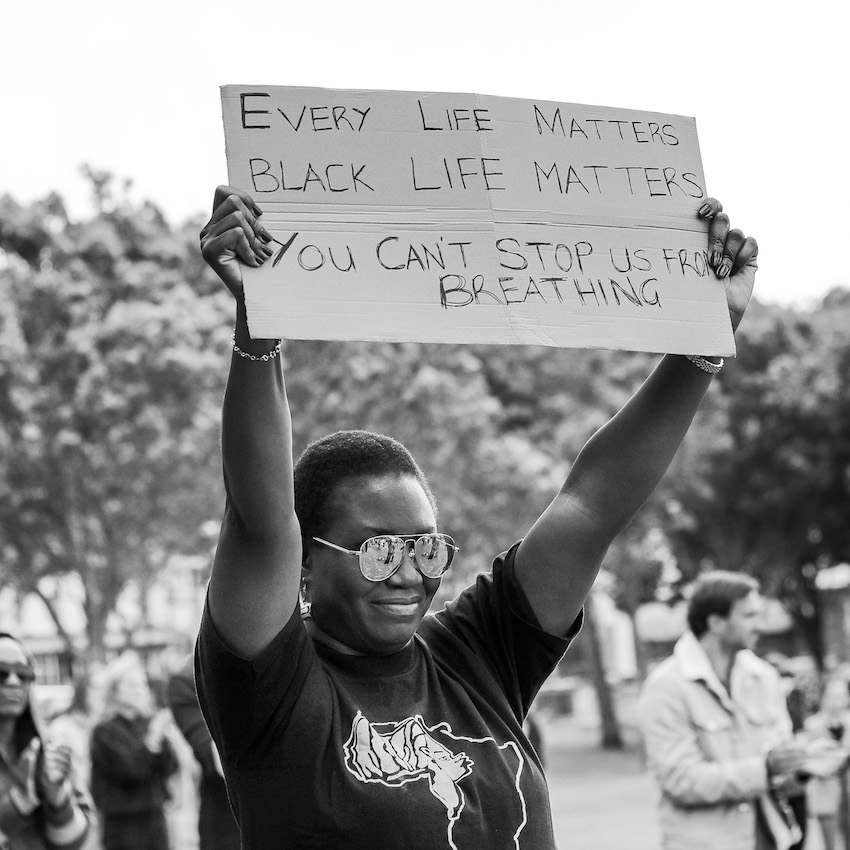 Pictured: "Every life matters. Black life matters. You can't stop us from breathing." - one of the many impactful signs on display at the protest.

“In this moment, that child is your black friend because my nation is suffering. Systemic racism is everywhere. We can’t just dismiss it as America’s problem.”

Later in the protest, Owen Bizouarn shared US statistics reflecting how black people are racially profiled by police, and are more likely to face jail time and be stripped of their right to vote, “further entrenching inequality”.

“To believe that racism is not prevalent is to ignore clear facts and evidence.” 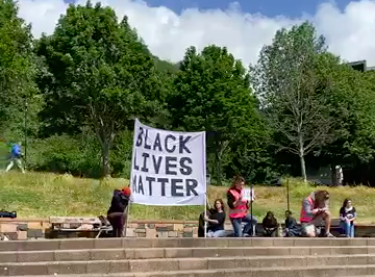 He also maintained that Jersey’s own force takes “any form of discrimination extremely seriously” and that officers, who all receive mandatory diversity and equality training, are “proactive in dealing with these issues in the community”.

Police were present at the protest and thanked all involved on Twitter.

Working with the organisers, Honorary Police and the Bailiffs Office, thank you everyone for helping to support a peaceful and socially distanced gathering in People's Park today. As always, your support is really appreciated. pic.twitter.com/z55rKuLAxY 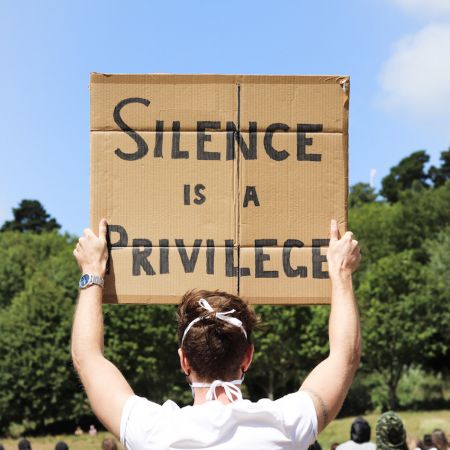 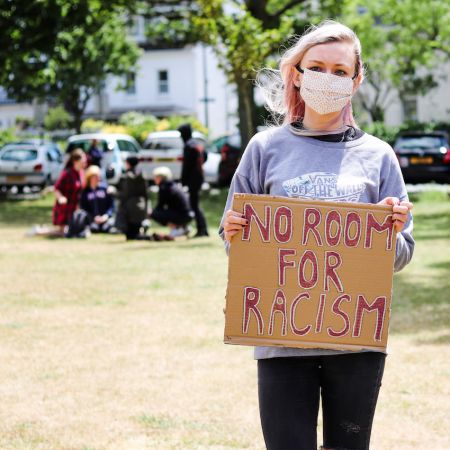 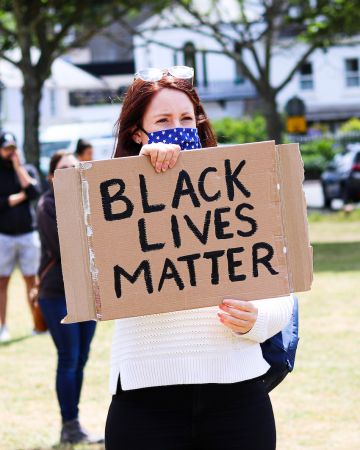 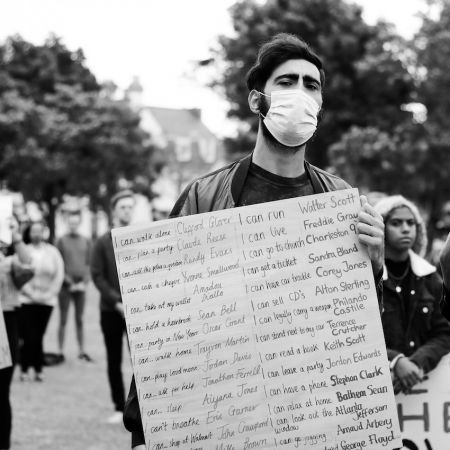 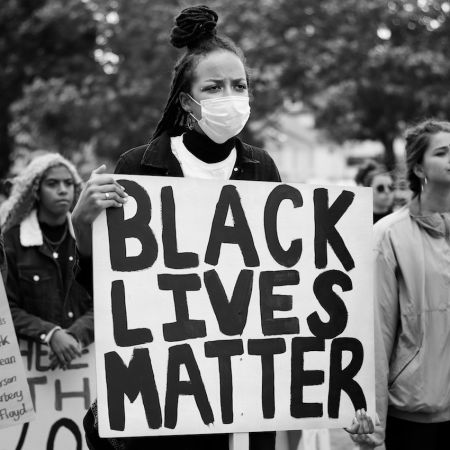 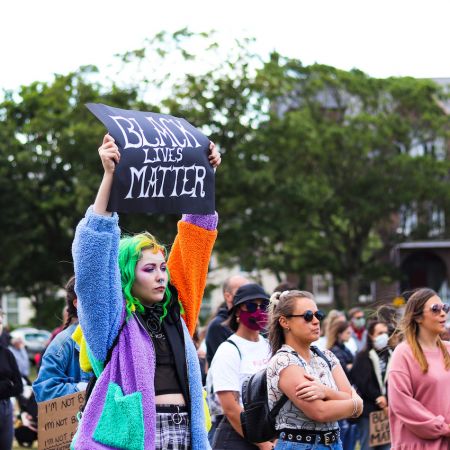 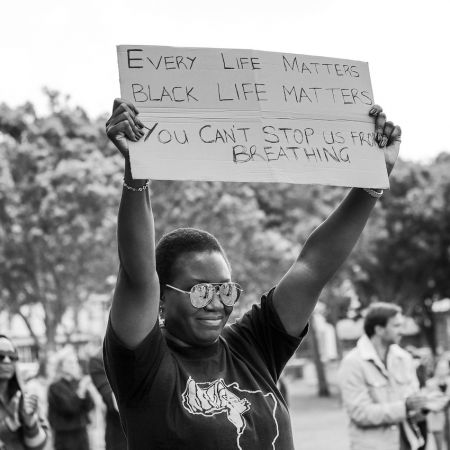 Posted by John Henwood on Jun 8th, 2020
The local protesters must be congratulated for the dignity with which they held their demonstration. Racism is wrong. Racism must be eradicated. No argument. But I'd like to know which institutions in Jersey are racist; if there is evidence of institutional racism in the public or private sectors those who led the protest, those who claim to know institutional racism exists here, have a duty to expose it. Name names - let us all know who it is that is harbouring racism in our Island.
To place a comment please login Login »