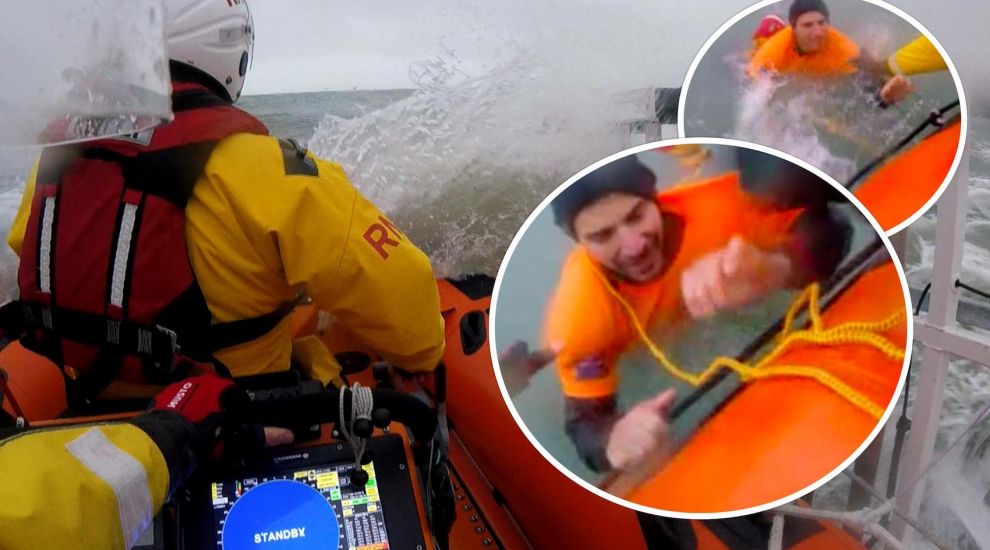 RNLI rescuers battled against near-gale force winds and rough seas to save a kayaker struggling in the waves this weekend.

The kayaker had been paddling behind Gorey Castle on Saturday afternoon when his vessel failed in the heavy swell.

While he struggled in the conditions, his fellow kayaker was fortunately able to get to shore and raise the alarm – at which point the casualty had been in the water for around half an hour.

Video: The RNLI crew pulled the casualty on board using a rope.

Despite the “challenging” conditions pushing the lifeboat to its operational limits, the crew launched around 12:30 and started scanning the shoreline for signs of the man.

As the Fire and Rescue Service made their way to Anne Port Bay, having decided against launching from the Gorey Welcome Slip, they spotted the man with his upturned kayak.

They then contacted the RNLI crew via radio, allowing them to quickly locate him and bring him aboard. 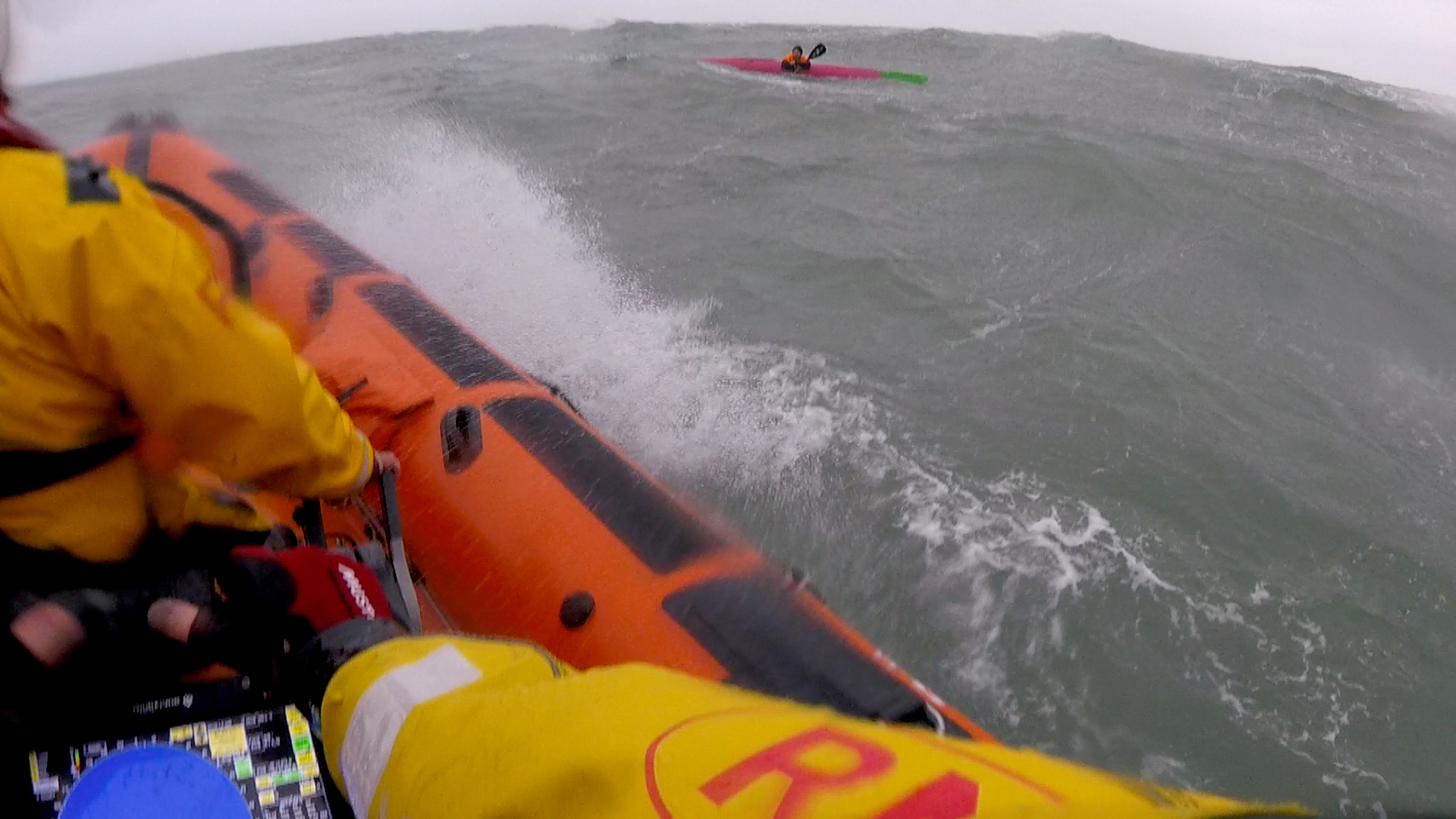 Pictured: The lifeboat was at its operational limit amid huge waves and near-gale force winds.

The casualty spent around an hour in total in the water, but the RNLI noted that he had fortunately not suffered any serious side effects – most likely because he was wearing the correct clothing.

He was taken back to Gorey where he was reunited with his companion and changed into dry clothes. 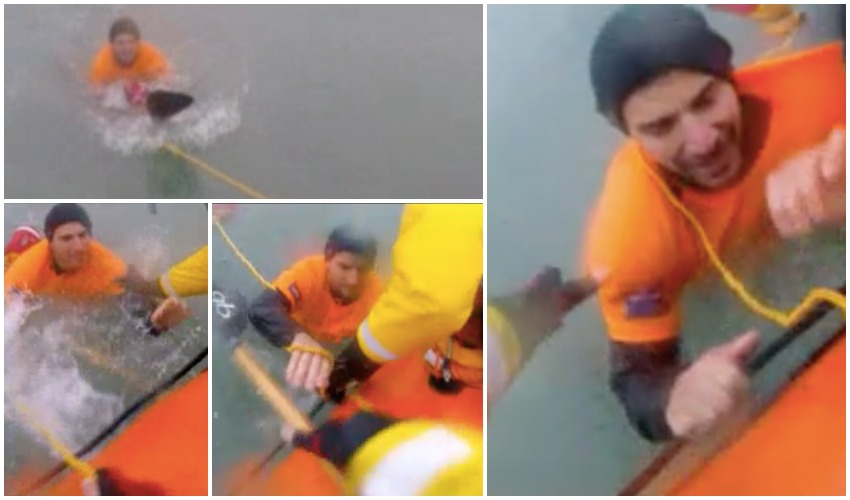 Pictured: The kayaker was praised for wearing the correct clothing.

“[It] was ultimately successful thanks to the co-operation between the Fire & Rescue Service, working from the shore, and the lifeboat crew.”

He added: “The successful outcome was in no small part due to the casualty wearing the right clothing and having the presence of mind to stay with his kayak. That meant that he was more easily able to stay afloat, and much easier to spot from both land and sea.”

Posted by David Moody on Dec 17th, 2018
Was it advisable to Kayak in those conditions?
Posted by The old git Git on Dec 17th, 2018
We all like a challenge but come on be sensible mate.
Posted by Jon Needham on Dec 18th, 2018
Frankly irresponsible.... zwell done to the RNLI - I hope the rescuee is making a sizeable donation and is hugely apologetic for not only putting himself at risk !
To place a comment please login Login »