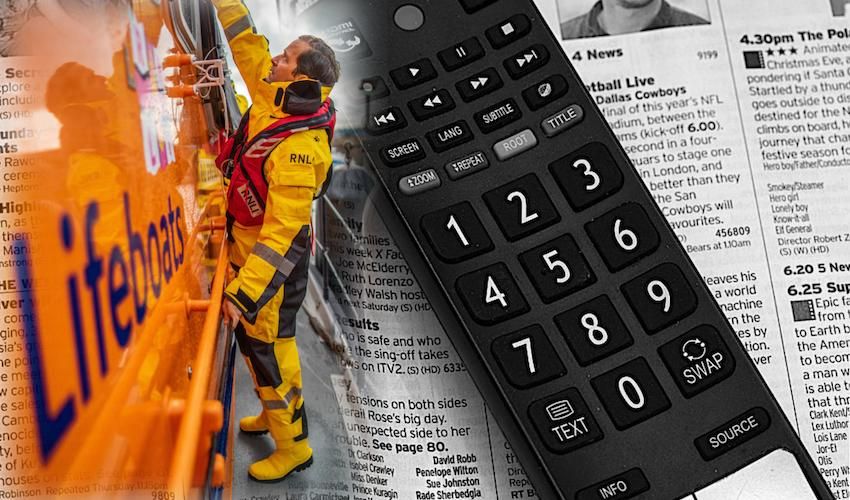 St. Catherine’s Lifeboat will this month make its national TV debut in a popular BBC series featuring real-life rescues by RNLI crews across the country.

The Jersey branch of the RNLI has been selected as one of the crews to feature in the next series of 'Saving Lives at Sea', which aims to demonstrate the life-saving work crews carry out on a daily basis.

Announcing what they called a “little secret”, Jersey’s RNLI said that they are “super excited” about being on the show as it enters its fourth series.

The popular series documents the working lives of the men and women of the RNLI in various volunteer crews up and down the United Kingdom and airs on BBC2.

According to the listing on BBC iPlayer, the first episode of the fourth series will see “volunteers of the RNLI race to the scene of a plane crash on a busy beach, search for a man missing at sea in the Channel Islands and battle to save a horse from drowning.”

The Jersey rescue mission is carried out by the local crew manning the St. Catherine’s Lifeboat.

Pictured: The Jersey crew will feature on the popular BBC documentary. (RNLI)

Publicising the return of the show, the RNLI said: “We are delighted to announce everyone’s favourite BBC series showcasing our lifesaving work is back… The 10-part documentary series features real rescues carried out by our volunteer lifeboat crews and lifeguards around the UK and Ireland.

“Get ready for more emotion, more drama and more of the stories behind our lifesavers.”

The episode featuring the Jersey crew will air on BBC2 at 20:00 on 27 August.