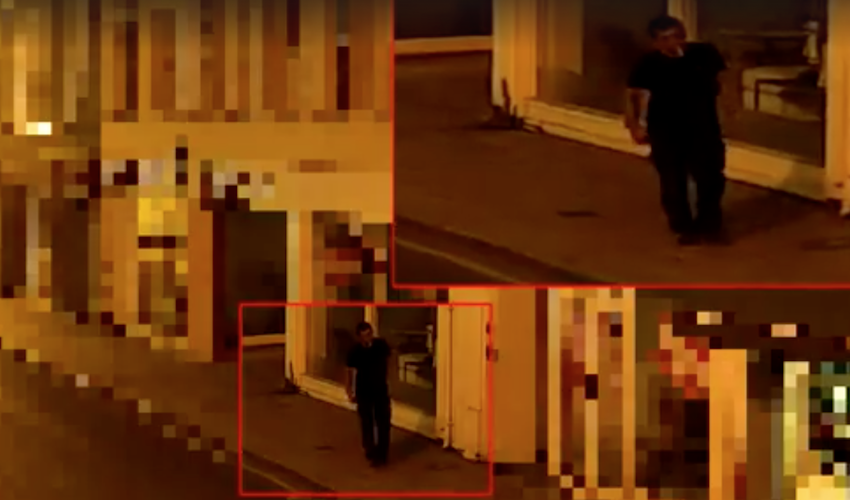 New CCTV footage has been released in the hunt for a man who "grabbed" a woman on her way home late at night four months ago.

The attack occurred around 02:15 on 9 September, the early hours of a Sunday, and was reported to have taken place on Springfield Road as the woman walked towards Val Plaisant and Trinity Road.

Police said the alleged aggressor – a man described as being “of Portuguese origin”, 6ft tall and broad with short dark hair – apologised before attempting to drag her from behind into a car park on Springfield Road.

The victim was fortunately able to fend him off using her keys as well as biting the man on the hand.

Video: Newly-released footage of the suspect walking from the Springfield area and along Rouge Bouillon towards Cheapside.

Police are still hunting for the suspect in what they are describing 'Operation Paperclip', and have analysed previously released CCTV footage.

They said this has provided a clearer view of the suspect, who they say they know "was wearing blue trousers, possibly jeans, and a dark coloured t-shirt", adding that he "appears to be somewhere between 20 to 35 years of age".

Officers would like to speak with anyone that may recognise this man, and ask that they contact Police on 612612 or the independent charity Crimestoppers anonymously on 0800 555 111 or via their online form.