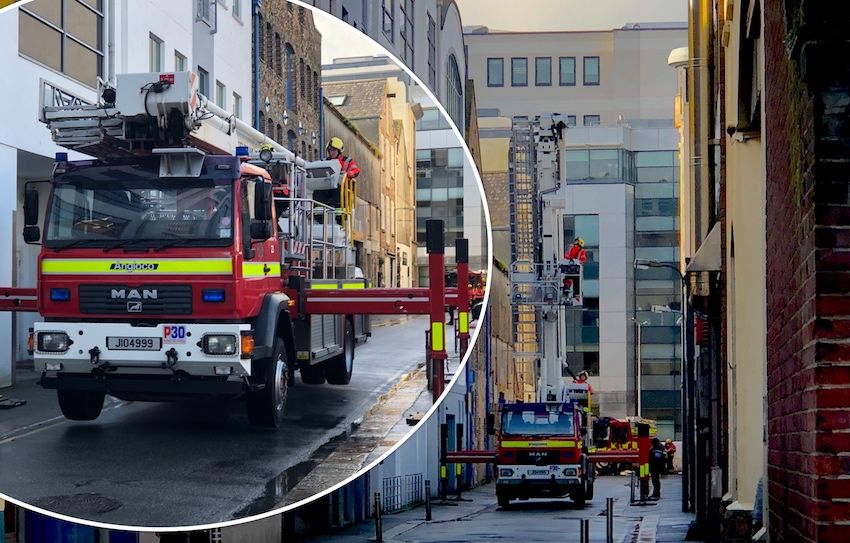 A town road had to be closed this afternoon after a "flying metal sheet" believed to be from a wind-battered roof posed a risk to the public.

The emergency services were called to Commercial Street at 14:07 following reports of flying debris, and fears of an insecure roof amid strong

Police officers and two fire appliances headed to the area, and firefighters used an aerial ladder to examine the rooftops of buildings along the street.

A Police spokesperson later told Express they believed the debris had come from a garage opposite Standard Chartered.