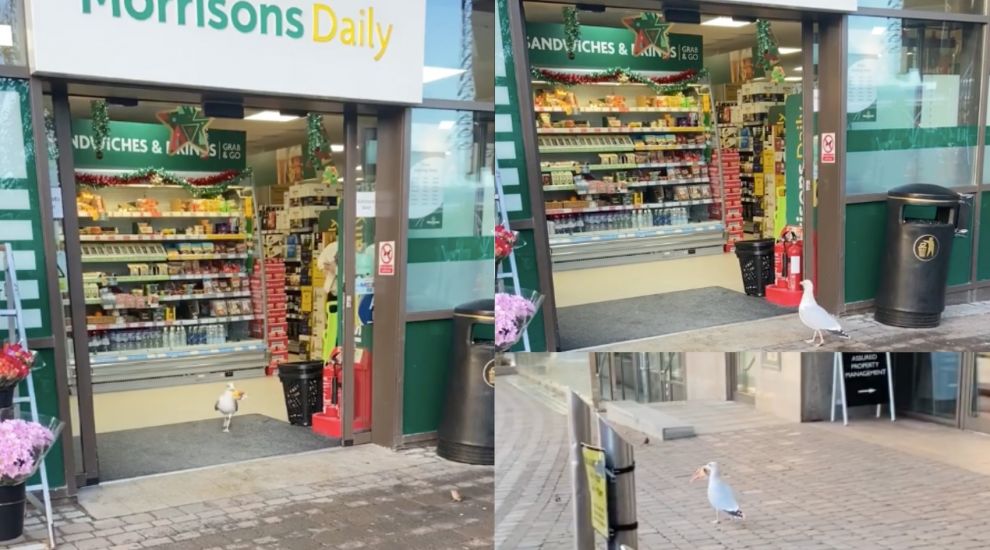 An accomplished feathered thief has once again been caught on camera stealing food from Morrisons Daily at Castle Quay.

The shifty seabird is often seen hanging around the area, and Maxine Olver managed to film his most recent crime which she shared on Facebook.

The video shows the feathered felon approaching the store confidently, unfazed by the automatic door.

His crimes appear to be meticulously planned, as the bird knows exactly where he is going when he enters the shop and takes a sharp right.

Seconds later, he re-emerges with the goods tightly clamped in his beak and makes a daring escape. 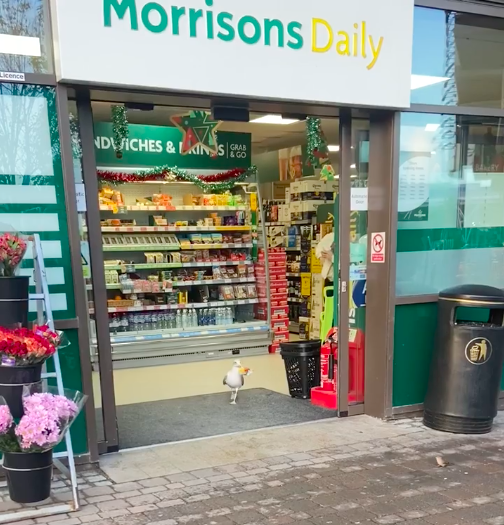 Morrisons Daily seems to be the winged wrongdoer's favourite spot, as this is not the first time the winged criminal has been caught stealing on camera.

Sources close to the bird have confirmed that his snack of choice is a packet of crisps, although he will occasionally choose apple slices on days when he is in a healthy mood.

Authorities are concerned about the possible rise of criminal bird gangs, as a smaller bird can also be seen in the video attempting to copy the seagull's unlawful actions.

It's not yet known whether the Police will be investigating further.

Gulliver's travels: 'friendly' seagull to be exiled to the Minquiers