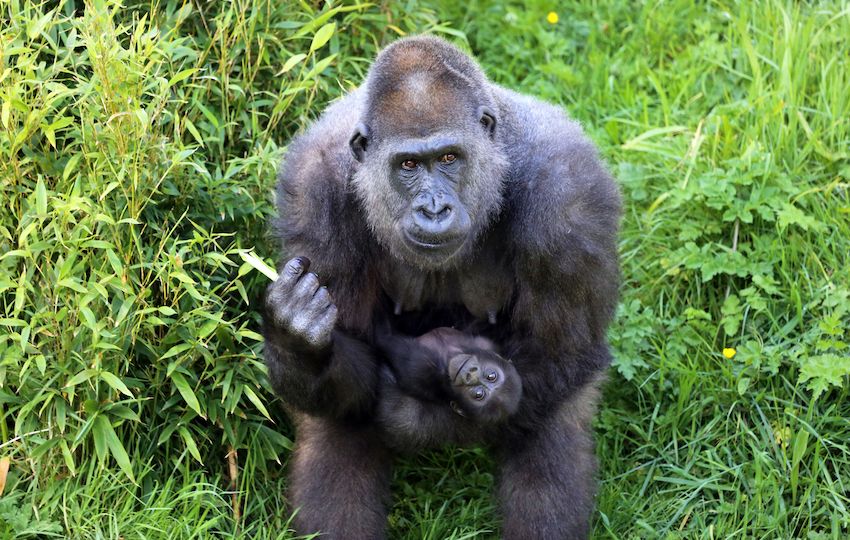 Jersey Zoo’s newest arrival has been given her name after thousands of islanders voted on what the bouncing baby gorilla should be called.

Meaning ‘strength’ in Swahili, the baby gorilla has been named ‘Amari’ after almost 2,000 islanders voted for it in a popular public poll.

The baby western lowland gorilla made 26-year-old Bahasha a very proud new mum on 15 November last year and now islanders have selected a name for the little ape.

A close second was Iniko, meaning ‘born in troubled times’ with 1,638, and then Muhuri, meaning ‘stamp’ because Bahasha’s name means ‘envelope’, won over 1,113 votes.

Trailing behind the pack was ‘Kapuki’, a name that means ‘first-born daughter’ with 587 votes. 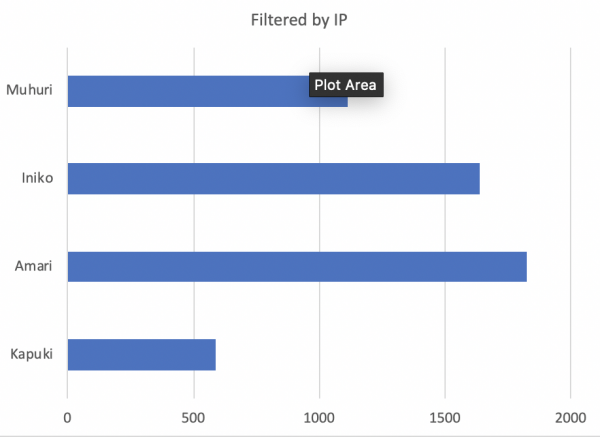 Pictured: The results of the naming poll are in (Jersey Zoo).

Along with the announcement, the Zoo shared a new video of Amari, showing her clinging closely to her mother whilst Bahasha snacks on some broccoli. The video also shows the chosen name spelled out in the gorilla enclosure in food – a gesture which piques the interest of the troop’s silverback and Amari’s father, Badongo.

Posting on their social media page, Jersey Zoo said: “Thank you to everyone who voted and also donated to help with the care of our animals during this difficult time. We hope that it won’t be long before you can all come and visit little Amari and the rest of the animals again.”

The zoo also reminds islanders that they can still support the care and costs of looking after the new mother and daughter and the rest of the gorilla troop by making a donation.