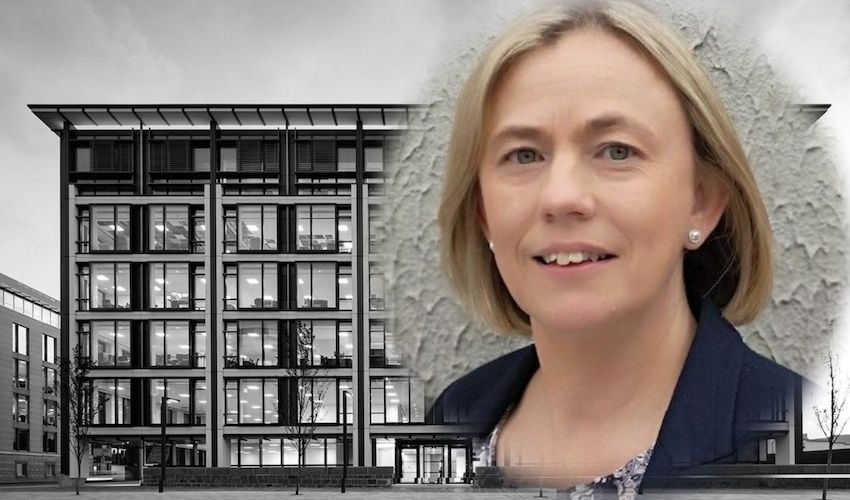 The government watchdog has warned that the States development company is overstating its profits by not deducting the value of the land its been gifted by the government to build on, it has emerged.

As an example, the Comptroller & Auditor General (C&AG) Lynn Pamment mentions the claimed profits from the sale of IFC1 of £10.9m, and suggests a better figure would be around £7m.

The company is the development ‘arm’ of the Government of Jersey and is contracted to carry out all of its major building and regeneration projects on land entrusted to it by the government.

Today's report calls for  “greater transparency” in how the performance of the States of Jersey Development Company (SoJDC) is presented to the taxpayer.

Identifying a number of issues with the way SoJDC operates and is managed by its government shareholder, the C&AG particularly highlighted that by not taking the cost of the land into account when calculating the costs of a project, the company could be significantly overstating its profits.

Speaking about the need to address this issue, Ms Pamment said: “Since its inception, sections of the community have been critical of the role of SoJDC and developments it has undertaken. There has been criticism of SoJDC’s advantages such as the initial support provided by the Government including donated land.”

The C&AG goes on to note that the company’s Annual Report does not include its “cumulative achievements and success stories” and that if it did it would allow for a summary of “the added value from developments and investment in public realm which are not universally understood by all of the Government or community.”

This, in turn, would also allow the company “to be explicit about the return earned for the Government as shareholder”, taking into account the donated land and the benefit of “holding onto the land rather than selling it on the open market.”

Taking the sale of the first International Finance Centre (IFC 1) in November 2018 as an example, Ms Pamment recalls that in the SoJDC media release announcing the sale it stated: “The sale has generated a net return (land and profit) of £10.9m exceeding SoJDC’s original projection of £7.5m.”

Although the watchdog remarks that this is “factually correct”, the £10.9million “does not include the cost of the land which was originally donated by the Government; includes costs, such as improvements to the public realm, that would not normally be incurred by wholly commercial developers; and does not provide any indication as to the rate of return earned.”

Taking these into account, the C&AG says that “an alternative representation of the profit is estimated at around £7m.” 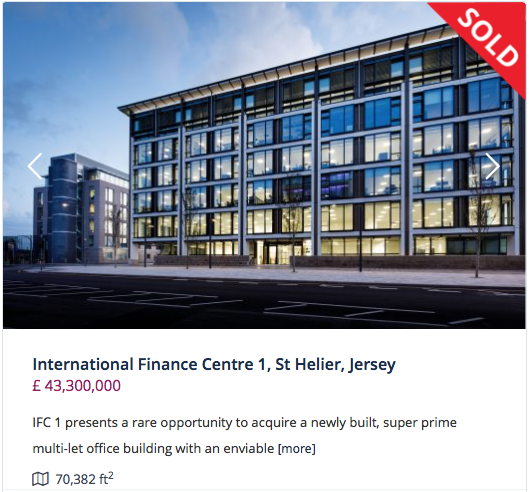 Pictured: IFC 1 was sold for over £43million.

Having acknowledged this example, Ms Pamment goes onto make one of her 23 recommendations, advising that the SoJDC should change the way it reports its achievements to include the following:

Elsewhere in the report, the C&AG considers the way in which individual projects have been managed and she indicates that the SoJDC didn’t follow “an open tender process” under its obligations when inviting bids for the construction of IFC 1.

Ms Pamment states: “Based on professional advice, SoJDC invited bids for the construction of IFC 1 from the two on-Island contractors that it considered capable of delivering such a complex project. An open tender process would have required inviting bids from any party, including those based outside Jersey.

“In the event, one of the contractors invited to tender withdrew from the process. As a result, SoJDC only received one bid for the work on this major contract which had the potential to seriously compromise the value for money of the project.”

The C&AG adds that this risk was managed by the company “by engaging cost consultants to review the bid in detail to satisfy itself that tender prices of the remaining bidder were within market norms.”

The rest of her recommendations identify further ways in which the company and its government shareholder could tighten up the processes around the way development is managed.

Posted by Paul Troalic on Jun 8th, 2020
It is clear to any reasonable human being that the remarks by the C&AG are absolutely spot on.
The notional value of any landed ‘gifted’ should be included in the Final costing of any project. This is common sense.
This is typical hoodwinking by the SOJDC. And the fact that after competitive tendering in Jersey only one company tendered leaves the company wide open to criticism.
Did they really get the best deal?
At the very least the competitive tender process should have been extended outside the Island to see just how ‘competitive’ the tender really was!
To place a comment please login Login »