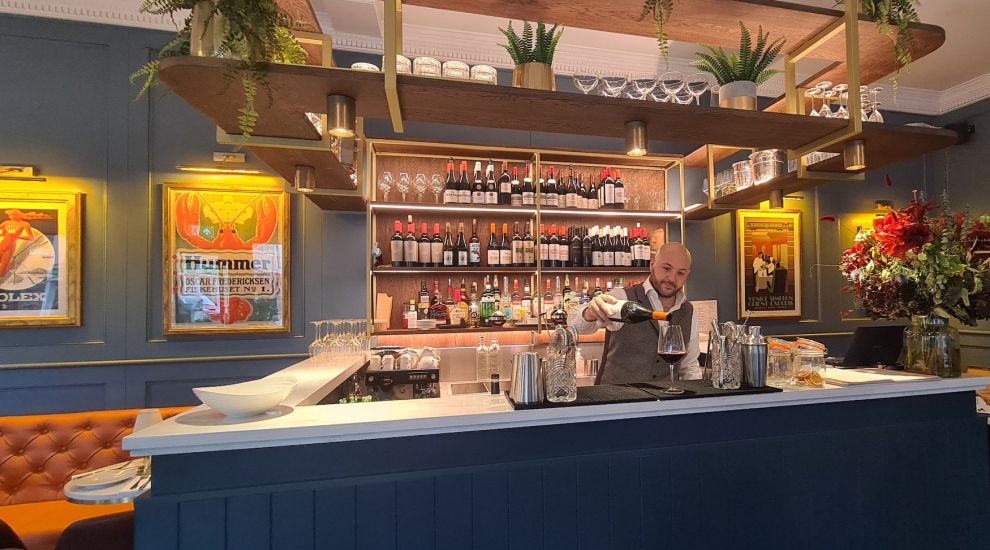 A 29-year-old restaurant manager has opened his first solo venture serving wine and charcuterie in one of St. Helier's oldest buildings, after returning to Jersey during lockdown following 10 years in London.

Inspired by his granddad who was in the hospitality trade with the Modern Hotels group in the 80s, Bruno left the island at 18 left to study hospitality management at Plymouth University. 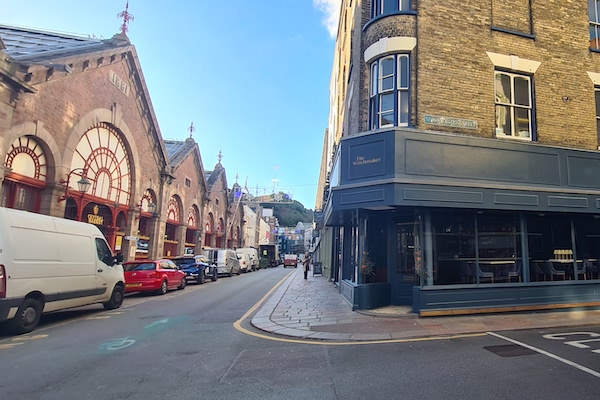 Pictured: The Watchmaker is located at the corner of Halkett Place and Waterloo Street.

Since graduating, he has been working for various restaurants in London, including STK and Radio Rooftop, which are owned by Jonathan Segal, whom he says has been a “big influence” in his career.

Up until last year, Bruno worked for Randall and Aubin, a classic French seafood restaurant located in the middle of Soho, where he had been for five years.

During lockdown, Bruno returned to Jersey and, to keep himself busy, decided to look like at local businesses. He stumbled upon 43 Halkett Place and “fell in love” and decided to open his own establishment - something that had “always been at the back of his mind, but in the long, long term”.

“It’s in a lovely area of town. I loved the corner space, I love the idea that you can sit and watch people all day,” he said. “People can see in, and you can see out, it’s very transparent, which is what hospitality should be. I want people to be able to see everything." 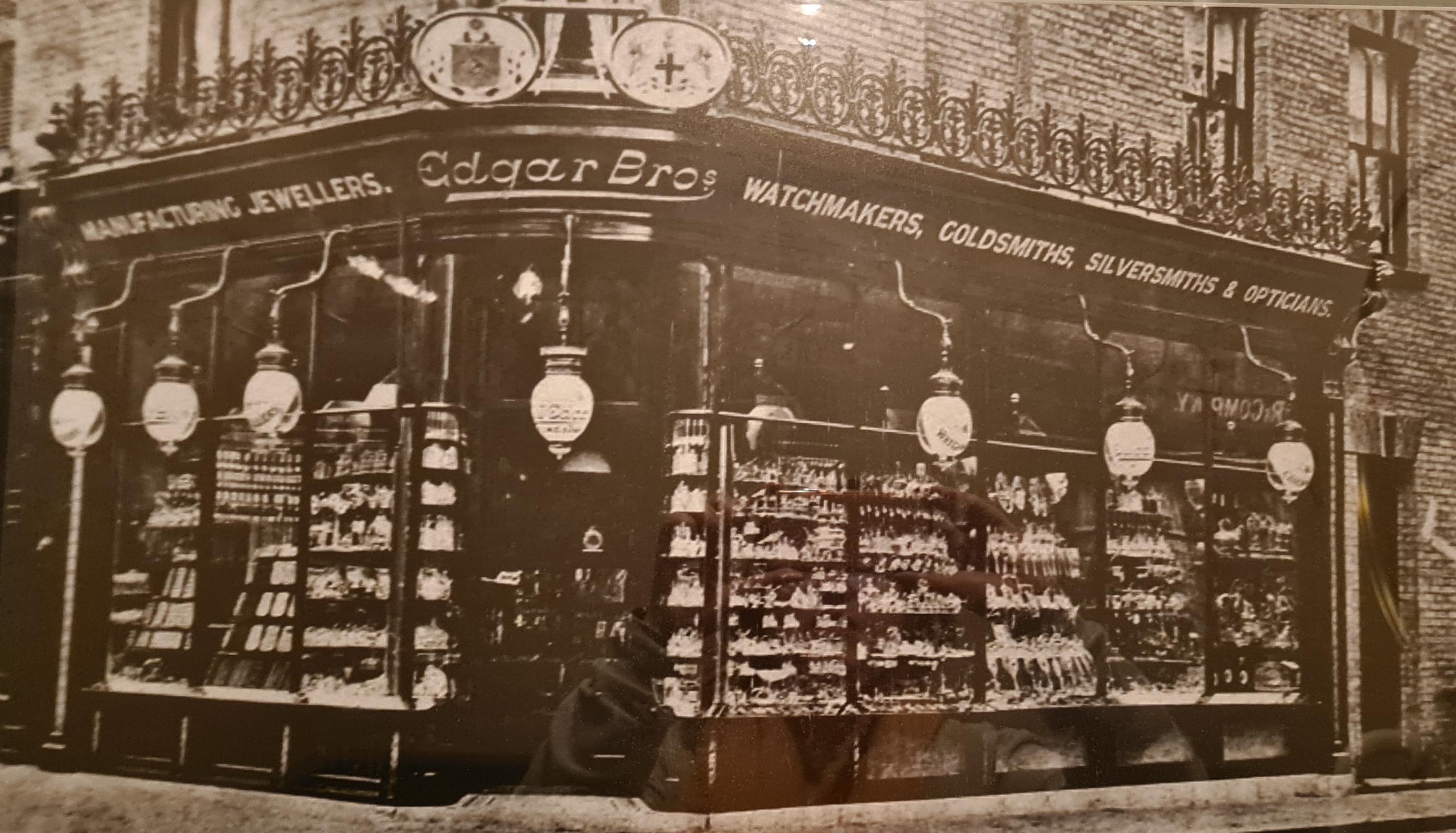 Pictured: In 1871, the building was owned by a pair of brothers, the Edgar brothers, who were watchmakers and inspired the name of Bruno's restaurant.

He continued: “After doing my research, I found this was one of the oldest buildings in St. Helier. The oldest record is from 1871 when it was owned by a pair of brothers, the Edgar brothers, who were watchmakers, hence the name of the place.”

Bruno said the concept of ‘The Watchmaker’ is that of a “classic style of wine and charcuterie bar” serving gourmet sharing platters, with charcuterie and cheese, along with a wide selection of wines, with 50 reds and whites on offer.

“I have worked in very traditional French-themed restaurants, and I like that sort of service,” he explained. “I wanted this place to be a social space. For me, hospitality should be hospitable, I want people to enjoy themselves.

“It’s a blend between Paris, London and New-York. Jersey lends itself quite well to a French style."

He added: “We want to keep the offering dynamic, interesting and simple. I do not want people to feel intimidated. We want to up the food offer, by summer we want to increase the type of food we are doing with local produce."

After 10 years away from the island, Bruno said he was glad to see the island moving forward and grateful for the support he received, including from Constable Simon Crowcroft, whom he said was “hugely supportive of the industry and happy to support it”, and the business licensing team who have been “life savers”.

“In the 10 years I have been away, Jersey has moved forward and it’s going in the right direction,” Bruno said.

“If it continues in this direction. It could be a nice place for food and drinks. At the moment, hospitality has to adapt anyway, but especially in Jersey’s case." 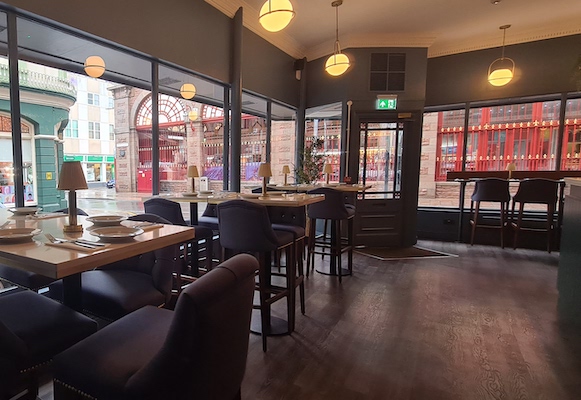 Pictured: “I wanted this place to be a social space," Bruno said.

He continued: “Jersey has some good well-established restaurants and bars, which is always nice to see, but it’s exciting to see young entrepreneurs do something different, Dandy Coffee Shop and Awabi are doing great, for example. Hayley and Josh of Atelier Noad & Yu are exciting architects that were a great support.

“There’s no reason St. Helier should not become a destination. We should develop the Market, which is probably one of the most beautiful central markets, it should be utilised.

“We need a bustling centre and a night bus!”

Posted by nigel pearce on Nov 29th, 2021
Had my first Coca Cola there when it was the Beresford Cafe.
Posted by William Bailhache on Dec 29th, 2021
I remember the Beresford cafe well. You could get a three course meal for two shillings and sixpence in the early 60s.
To place a comment please login Login »