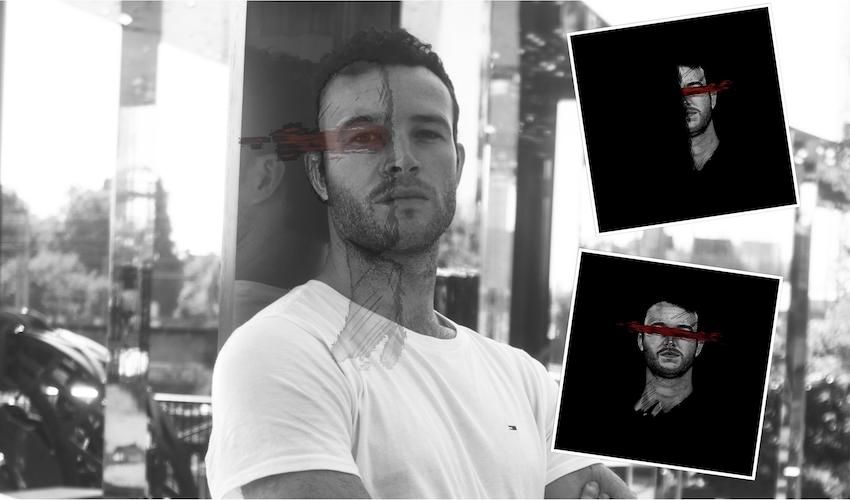 A Jersey rapper is baring his soul and drawing from personal experience in his new release to make sure he strikes a chord with his listeners.

With the release of his brand new EP called ‘Ex’, Christian Foley has begun an intimate music “trilogy” which he hopes will provide some permanence in an otherwise fleeting industry.

Christian is releasing two EP’s in the build-up to the release of his debut album ‘Excommunication’ early next year.

The first part of the rap hat-trick, ‘Ex’, focuses on how men develop toxic patterns of behaviour within relationships due to being uncomfortable with showing vulnerability. This comes in the context of Christian's work as an ambassador for male mental health, encouraging young hip-hop fans that being open isn't emasculating.

Pictured: The album artwork for the EP's 'Ex' and 'Communication' and the album 'Excommunication'.

The 27-year-old, who grew up in Jersey but now lives and works in London, spoke to Express about the kinds of conversations he hopes that his new releases will provoke.

Christian explained that ‘Ex’ is a subversive look at the hedonistic lifestyle which often forms the subject matter of lots of hip-hop music: “We’re making a lot of songs about partying, about girls and about drinking, but this EP looks at this same theme from a different angle. It’s kind of like ‘the morning after the night before’.”

Christian said that it’s the first time he’s releasing music under his own name, rather than his pseudonym ‘Just Muz’ and that reflects the lyrics themselves which also draw from a more personal place. For example, one of the tracks, called ‘GIRLS’, recounts Christian’s own personal relationship history in an attempt to be honest about his failings and examine how men often fall into dangerous patterns of behaviour.

Video: Christian Foley's track Karma (Part II) which is a single on his new EP 'Ex'.

He said: “The ‘Ex’ EP sounds like it’s about a failed relationship, which it is, but that’s a bit too simplistic. Rather than a break-up album it’s more like a breakdown album. It’s a breakdown about male mental health and masculinity but with specific regards to relationships. I think that dating in the modern age has changed so much particularly for guys – our inability to talk and to share our emotions leads to such negative behaviours. I was just a complete example of that.”

Christian hopes that producing something as substantial as this three-part release over a six-month period will challenge the ephemeral nature of the music industry.

Pictured: 'Excommunication' is the third major music project Christian has worked on, but the first he's releasing under his real name.

Christian said: “Music at the moment is quite disposable – people are releasing singles that are just here for a minute and then are just gone. I really wanted to write against that and create something over a long period of time and that has a narrative thread running through it.”

The rapper, poet and teacher is no stranger to the fast-pace of the music industry in an Internet age, having gone viral several times. Christian said having experienced this dizzying ‘overnight success’ first hand, he wants these releases to show a different side to his artistry: “It’s also a backlash against how I’m perceived as an artist because some people see me on television and will assume that I’m some sort of gimmick doing a quick freestyle and just making it up on the spot.

Pictured: Christian rose to fame after several of his freestyle videos went viral, but now he's using his platform to open up a dialogue about mental health.

“I have reservations about doing that kind of stuff now because I know that it affects the way I’m perceived. I really want to be making music that isn’t something that’s designed to go viral… but it’s something that you can return to and return to.”

‘Ex’ EP is out now on all platforms, the second EP ‘Communication’ will be released on 21 October and the final part of the trilogy, the album ‘Excommunication’ is due to be out in the early stages of next year.