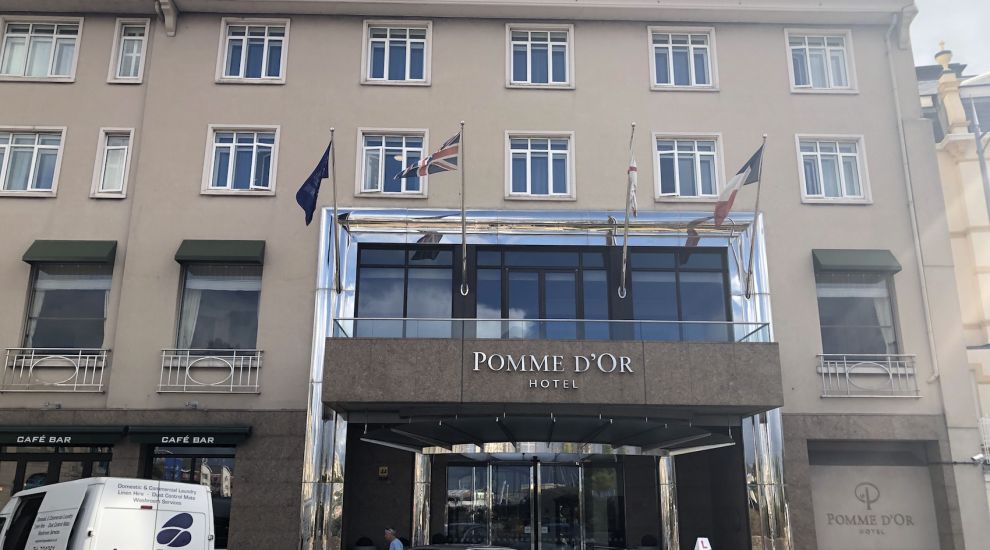 One of Jersey’s most iconic hotels is innovating in the face of challenges posed to the visitor economy by the virus by offering some of its rooms as office spaces.

Summers would normally see the 143-room Pomme D’Or packed with guests, but the pandemic has pushed occupancy to its lowest level in years.

In response, General Manager Norbert Stump explained that the team began coming up with “different ideas to bring people back into the building.”

“Bedroom bookings are not as good as they should be, so we thought, ‘What can we do with the empty space?’” he explained.

“We realised people are trying to get back to the office but not everyone can due to social distancing, so we thought we could provide a bit extra temporarily.” 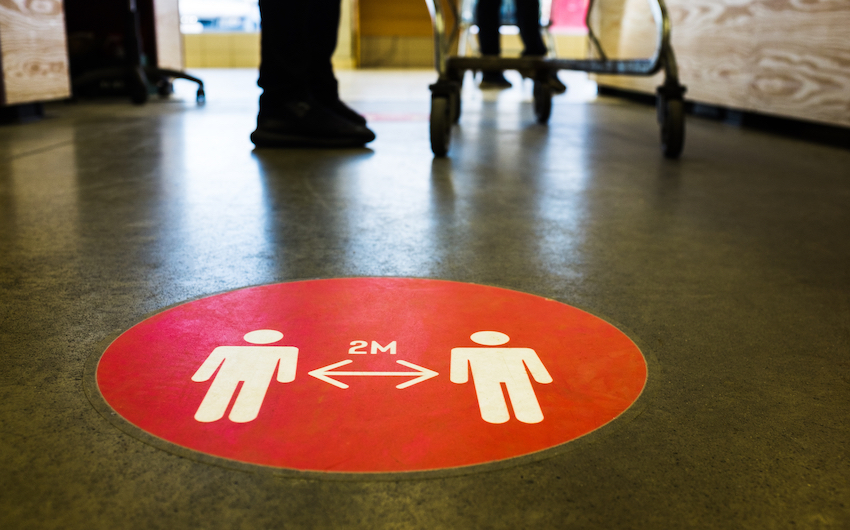 Pictured: Some offices have still not reopened to workers due to physical distancing constraints.

He continued: “I hear more and more from friends who are working from home that they have become tired, they want the social interaction. With Zoom calls, it’s not the same as being able to chat in the office… People are starting to miss that. But quite a few companies have said they won’t be going back [to the office] until next year.”

With the bed removed, the converted rooms instead include a large desk and several executive chairs – but come with the bonus home comforts of a hotel room, such as an ensuite, which it’s hoped will appeal to those who like to run or cycle into work.

They can also enjoy room service.

“Even if they want a glass of wine at the end of the day, we can do that. We can do food, if they don’t have time for dinner,” Mr Stump explained. 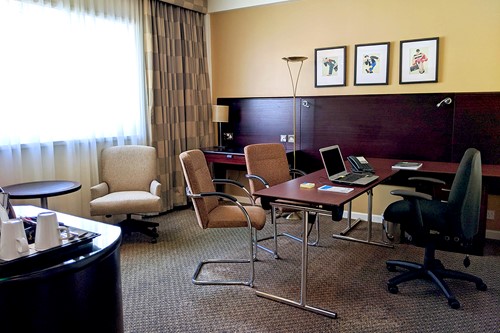 The rooms can be rented on a half-day, full-day or month-long basis. The latter brings the bonus of 24-hour access.

Mr Stump said that the office spaces are currently a “trial” at the moment, but may become a permanent feature if the measure is successful. He added, however, that he doesn’t expect more than 10% of rooms will get converted.

Offices aren’t the only type of room conversion the hotel has been experimenting with. One has also recently been changed into a spa space.

He said that it was important that hotels continue look at ways of innovating due to the covid-induced tourism slump, adding that the Pomme D’Or’s decision to offer home deliveries and takeaway food had been a help.

“We cannot afford to stand still,” he said.