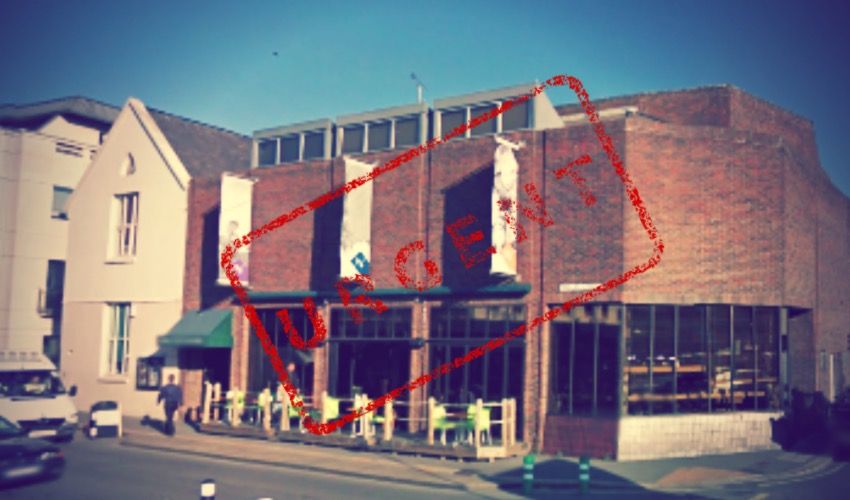 The Jersey Arts Centre has issued an urgent appeal for more funding after cuts left it with a major financial shortfall at a time when critical works are needed on the building.

The venue’s Chairman, Andrew Goodyear, said that "urgent" and "radical" action must be taken by the States, or the Arts Centre will be forced to make "significant decisions" on its future.

His comments came more than six months after he raised a so far unanswered SOS to save Jersey's strained culture sector alongside arts leaders Philip Hewat Jaboor and Pierre Horsfall, the respective Chairs of ArtHouse Jersey and the Opera House.

Following a crisis meeting with States representatives earlier this year, Mr Goodyear submitted a bid for a top-up grant for the Arts Centre in early August. The Opera House and ArtHouse Jersey submitted similar bids, which are all independent from each other. While Mr Goodyear says he was due to hear back at the end of August, nearly three months later he still hasn’t had any news.

“We have been talking about funding issues for five years now, but we hit a crisis point at the beginning of the year,” he explained. “The States have acknowledged the issue but we have been waiting for a number of months to hear back.”

The island's culture leaders first raised the alarm in an open letter to election candidates back in May.

In it, they explained: "…Jersey grossly underinvests in the cultural sector when compared to similar jurisdictions, including the Isle of Man, and has no coherent strategy for nurturing the creative industries. This chronic underinvestment has led to the Island missing opportunity after opportunity that would have benefitted our community in manifold ways, both economic and social,” they explained.

Andrew Goodyear told Express that the Arts Centre grant was cut by 5% in 2013. “There has been no increase or change since then. This means that in real terms we have taken even more cuts,” he said.

As a result, the Arts Centre is currently running with a structural deficit and additional funding has become critical for the association to continue to operate until the end of 2019. “In addition, urgent funding is also needed to provide some capital work for the building,” Mr Goodyear said.

The top-up grant would only help the Arts Centre maintain itself until the end of 2019, but by then Mr Goodyear is hopeful that a revised funding structure would be in place “to ensure the continuity of the Arts Centre.” 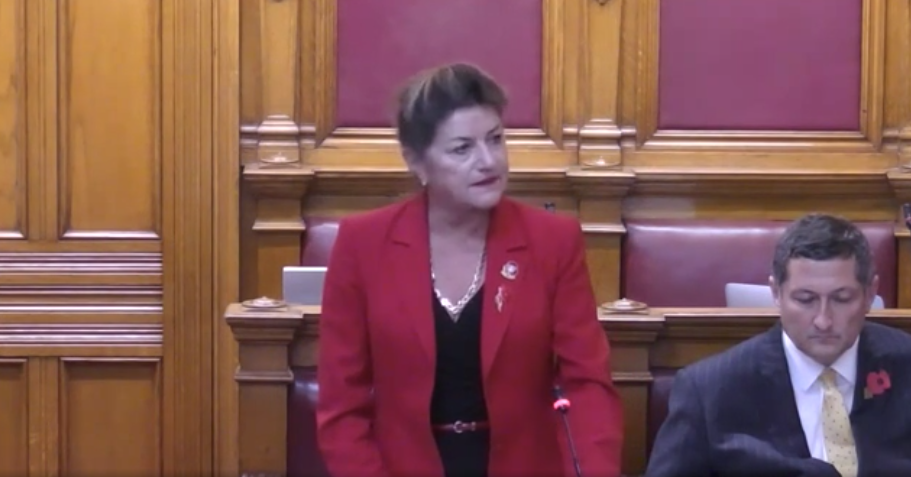 Pictured: Deputy Susie Pinel, the Treasury Minister, said bids for additional funding are currently being reviewed by the Investment Appraisal Board.

The Treasury Minister, Deputy Susie Pinel, explained in the States Assembly last week that the Investment Appraisal Board is currently reviewing the various business cases for funding. “Many requests have been received and there is very limited contingency funding available to allocate,” she said. “All of the requests are being considered by the new Investment Appraisal Board, which I set up in August to replace the many convoluted and cumbersome ways to request additional funding.”

Deputy Pinel confirmed that the requests included some relating to on-island arts organisations. However, she declined to give further comments, stating that until she made a public decision, it would not be “appropriate to be discussing their financial affairs in public.”

She also explained that the Assistant Minister for Culture, Deputy Montfort Tadier, was not involved in that process as the Investment Appraisal Board receives the bids, reviews them and then makes recommendations to the Chief Executive Officer and the Treasurer, who in their turn advise the Minister for Treasury and Resources as to the priority of each bid.

ArtHouse Jersey is also waiting for a reply to their funding request. Tom Dingle, the Director, explained: "Ahead of the elections, ArtHouse Jersey, along with the Arts Centre and Opera House, made clear to candidates that the arts in Jersey are in crisis and that additional funding was urgently required.

"Our understanding is that our funding request is currently being considered by government. We have had very good meetings with senior government representatives and hope to receive positive confirmation as soon as possible that we will have a stable platform on which to operate in future."

With the clock ticking and in the absence of communication from the States - except for fixing a date for a meeting with the Economic Development Department, under which 'culture' falls, next month - Mr Goodyear has warned that a decision needs to be made sooner rather than later. If nothing happens, or if the Arts Centre’s bid is unsuccessful, the association will have to make “significant decisions to maintain its financial integrity on a short-term basis,” Mr Goodyear explained.

“We really don’t want to get to this,” he continued. “The government is fully aware it’s the situation. A radical change in provision is required and I hope that we don’t see this happen. We need to hear in the very near future one way or the other to ensure the Arts Centre is safe for the next year. Our need is urgent to keep us on a sort of level, to make us continue.”

Posted by MikeEtienne80 on Nov 13th, 2018
Sadly typical. Jersey is very keen to promote Culture and Heritage, of which the Island has many traces, yet there has been a total underfunding and missed opportunity for years. We need to percieve CULTURE in big letters and not the current smallprint. We tell the World that we are leading edge, yet in reality we are not encouraged or supported to create in the present. No present, no past for the future to enjoy. I have experinced this lack of funding many times in my own creative efforts. We need £30,000,000 and our own all singinging and dancing Gallery/Culture venue, open to all, futureproofed and flexible with renewable energy, environmental sculpture park, workshops, display venues and much much more - so States, Fund it, and I'll oversee the project!
Posted by Kitty Heald on Nov 13th, 2018
Well the Animal shelter also needs funds. Maybe you should look to handling fun’s better and charging for workshops and raising funds yourself.

We have other Art, singing and dancing places in Jersey. We only have one Animal shelter.
To place a comment please login Login »