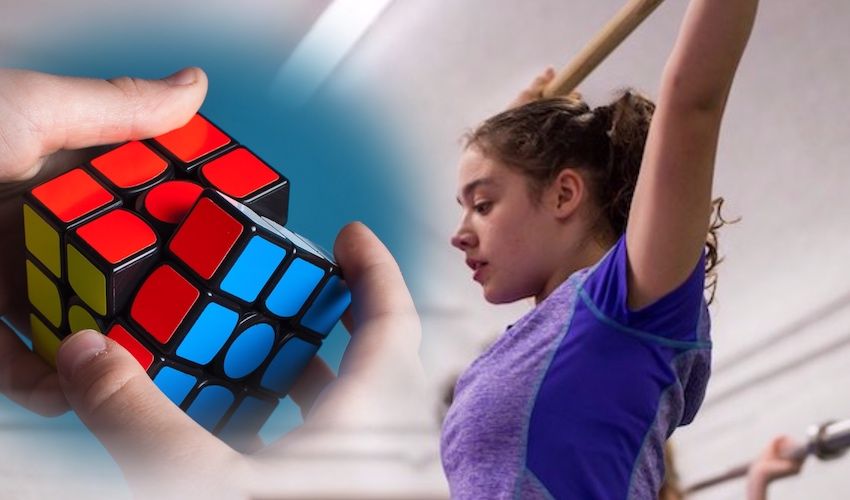 In the second edition of Express's 'Athletes in lockdown' series exploring how some of the island's sporting pros keep training in challenging quarantine conditions, Charlotte Neale shares how she's adapting...

Teenager Charlotte normally trains at the Jersey Sport Foundation facility at Fort Regent, which has had to shut its doors due to the virus outbreak.

Like para-lifter champion Rachel Leck, she is part of the Power2Podium programme, which was launched to prove that Jersey can produce athletes able to compete at high level.

And Charlotte has done just that since starting in 2018. 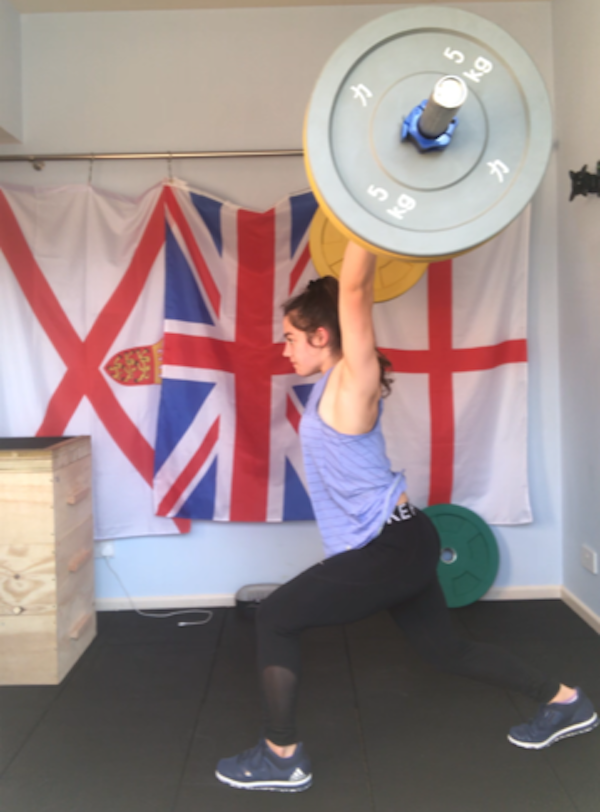 Pictured: Charlotte has been keeping up her training routine at home.

She made history in August of the same year by becoming the first Jersey athlete to take part in the British Junior Championships, after lifting nearly double the weight she needed to qualify for the competition and gaining a silver medal.

Then in 2019, she nabbed Gold and scored a Champion title in the U15 category at the English National Junior Weightlifting Championships.

A few months later, she added another Gold medal to her collection, snatched three new British records, and increased her personal best by 9kg at the Bethnal Green Weightlifting Club.

In October, she made history again by becoming the first Jersey athlete to be selected to represent Great Britain at the European Youth Championships, which took place in Israel last December.

She was primed and ready to compete at the English Age Group Championships in March this year and then the British Universities in April, but both competitions have been postponed as a result of the global pandemic. 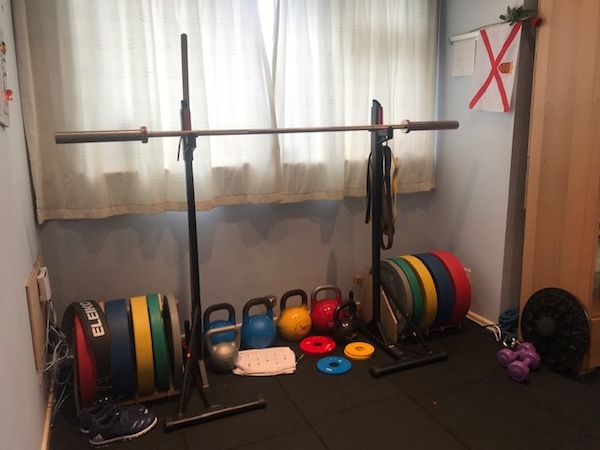 Pictured: Charlotte almost has a full set of weights at home.

But the teen weightlifting prodigy hasn’t let that - or her gym's closure - affect her routine.

“I am trying to keep my training as similar as possible by sticking to my program and training times, I have been able to spend more time practicing technique and leg speed running up the sand dunes,” she told Express.

“I have tried to keep my week as similar and structured as it would normally be with training and school because I am trying to control what I can even when everything else is uncertain.”

Although she already had some equipment at home, Charlotte borrowed some extra items from the Jersey Sport Foundation to keep lifting.

“I have almost a full set of weights, a 15kg barbell and a pair of squat stands,” she explained. “I also have kettlebells and resistance bands to keep working on general fitness."

While she can’t see her coaches or teammates, Charlottes has been using Zoom and other social media platforms to keep in touch with them.

“It’s strange not being able to train together," she admitted.

Charlotte added that she has been trying to find new ways to keep herself busy during the day.

“In between training and school I have been trying to learn different skills like juggling and solving the Rubik’s cube, but I think I will stick with weightlifting in the future!"

Are you a sports star who has had to change their training routine? Or do you know one? Get in touch! Email editor@bailiwickexpress.com