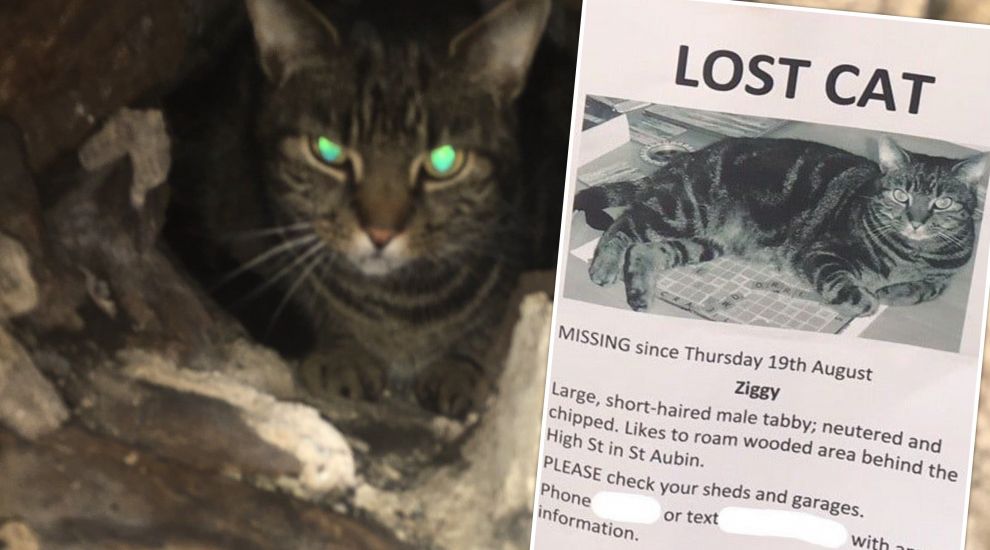 A family cat has been rescued after surviving for three weeks trapped in a wall.

The Fire and Rescue Service reunited Ziggy, a large short-haired male tabby, with his owner yesterday.

According to the service, the owner of a St. Aubin home had reported hearing a cat meowing within a wall of her property for quite some time.

After unsuccessful attempts to lure the cast out with food, the Fire and Rescue Service and the JSPCA were called in to help yesterday.

After removing some sections of internal wall, the cat was located and it emerged that it was not the homeowner’s – but Ziggy, the pet of a neighbour that had been missing for three weeks. 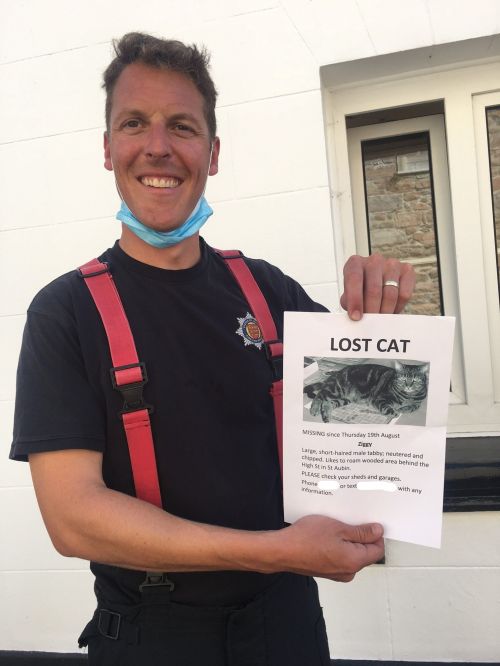 Pictured: A poster for Ziggy, who had been missing for three weeks. (JFRS)

Despite the ordeal, rescuers found Ziggy to be “fit and well, presumably because [he] had been feeding on rodents within the wall void!”

He was then successfully reunited with his owner, Sally Poole.

Praising the Fire Service for their help, she wrote on Facebook: “Thank you so much for rescuing Ziggy.

“He's very skinny and exhausted, but he is alive. That's one of his nine lives!”

Drivers have to report hitting cat or face £10,000 fine

Cat 'hit and run' law will be "unpoliceable" says Centenier