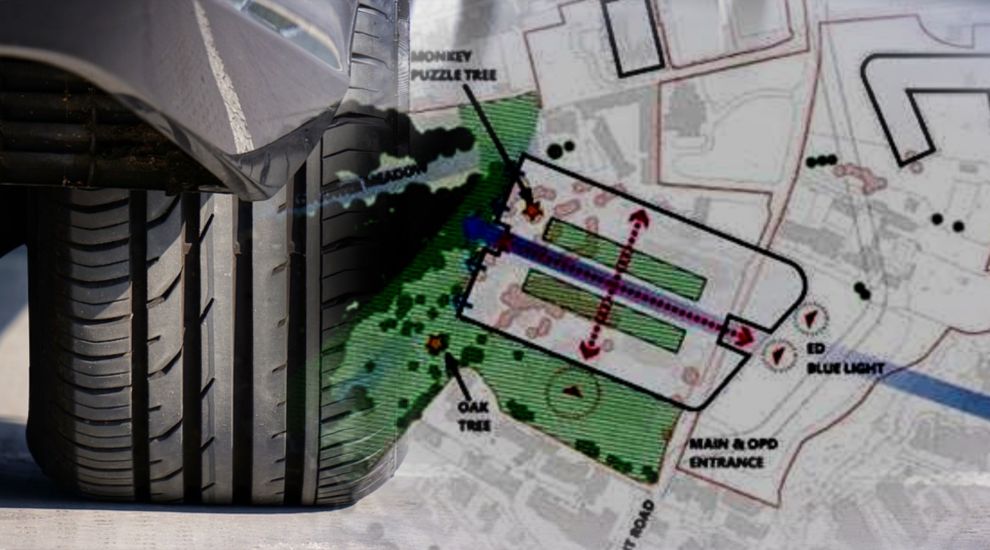 It's emerged a further group of properties will need to be purchased if the current proposals for the new hospital development at Overdale are to go ahead.

The nine homes sit between two fields forming part of plans for the new hospital at Overdale, and the owners were approached by Government officials about acquiring their properties last summer.

When States Members voted to give the Government the power to compulsory purchase the properties and land needed for the new hospital in the autumn, they did so on the basis of a map that did not include the nine homes nestled between two fields the Government said it needed.

Then Deputy Chief Minister Senator Lyndon Farnham, who is leading the Our Hospital Project, also said in October that only "three residences in separate ownerships" would have to be purchased. 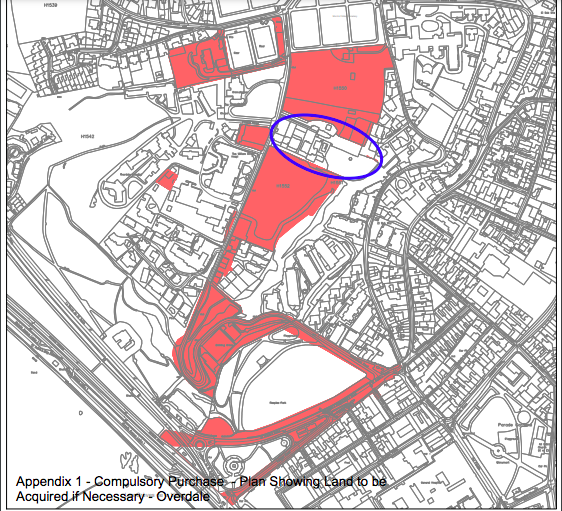 Pictured: The Government originally said that it would only need the properties and land marked in red. The properties (circled in blue by Express) were not marked.

However, in recent briefings by members of the Our Hospital project team to the Overdale Neighbourhood Forum, residents heard – and saw plans – that could lead to Westmount Road being diverted straight through the properties.

The road would then join up with the C-shaped 'staff welfare and administration' building in the north, which was referred to as the 'ancillary block' in the last residents' meeting. 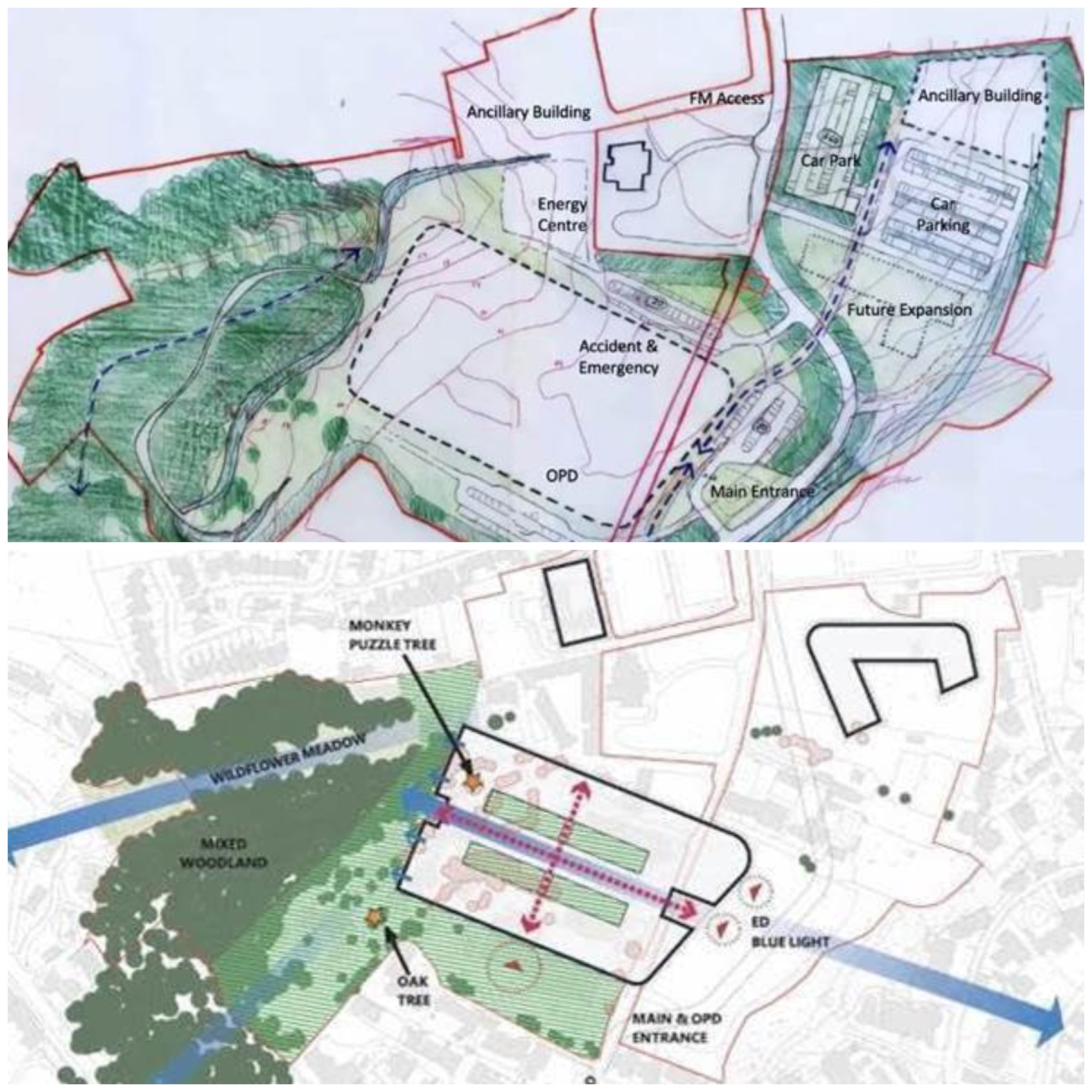 Posted by Christine Dukes on Mar 5th, 2021
The current Overdale hospital sits peacefully tucked away on Westmount Rd and most people wouldn’t even know the vastness of the site at Overdale. I have attended all of the community residents meetings with the contractors and architects. So called transparency of what is being planned seems to change at every meeting, we are shown plans and our opinions are asked only to find on the next meeting a completely different diagram. The current plan means the new Hospital will sit on both sides of Westmount Rd, has the potential to be up to four storeys high with a possible Rd underpass and loop Rd. What is going on? More demolition of houses and compulsory purchase of homes in the surrounding areas. It’s like watching a runaway train and no-one seems to be monitoring the extravagance of what seems to be an architects vanity project. Our new hospital will have seemingly less facilities and only a few more extra beds to the existing Jersey General. A so called “World Class” hospital which it won’t be, as what Jersey really needs is a really good General hospital that will serve the Islands health care needs well into the future. It is very worrying watching what is unfolding, not to mention the vast ongoing expense, needless destruction of Westmount Rd and surrounding area and even more compulsory purchase and demolition of People’s homes. I really don’t believe our States Ministers have considered just how serious this whole project is becoming and seem to be sliding down a blind alleyway. Once this gets to planning, it will be a monster to unpick and I only hope it will get the Scrutiny it really needs.
Posted by Private Individual on Mar 8th, 2021
Who signed the contract that gives the contractors millions of pounds in damages if this is delayed?
Posted by Keith Marsh on Mar 8th, 2021
Who is leading this New Hospital Project, "three blind mice"? ..... every time it is in the news, things change, for NO REAL REASON.
It is time someone, in power, got hold of this and developed the massive Overdale site into a great hospital that Jersey requires.
Keep all the buildings low, one side of the road only.
Not difficult ~ just draw it and BUILD IT.
NOW !
To place a comment please login Login »