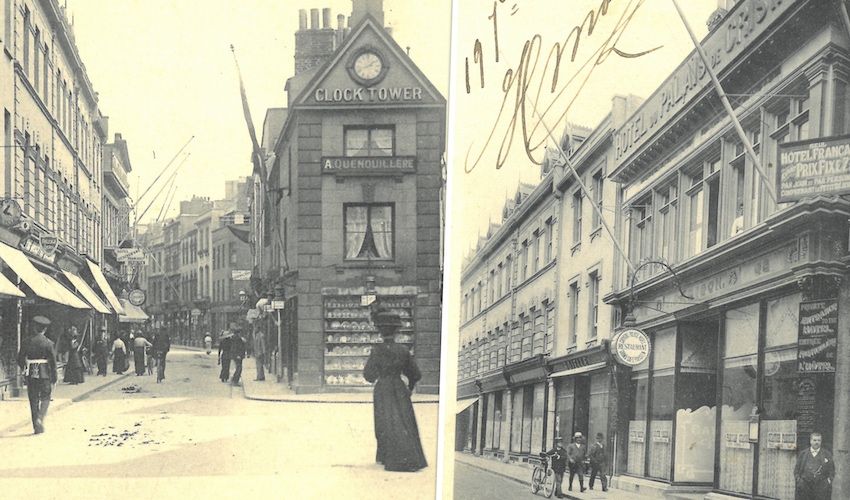 A King Street hotel favoured by the French – and home to a caricature of the Queen – found itself locked in a legal battle with the Parish after it was targeted by a mob amid celebrations for a Second Boer War victory.

Generally, King Street has been dominated through the years by shops and businesses but if you wanted to stay on the street in the later 19th and early 20th centuries, there was an establishment that would cater for you.

The Hotel du Palais de Cristal was based at 62, King Street, where the branch of Boots now stands. In summer 1900, the building was owned by William Gregory and the manager of the hotel was Frenchman Jules Parison, who had taken over from Louis Bergougnoux in 1898.

On 21 May 1900, wild celebrations took place in the Island as soldiers and civilians celebrated the relief of the Siege of Mafeking in the Second Boer War. Patriotic scenes were seen around the Island with marches through Town, bands playing and stirring speeches made in the Royal Square. The crowd during the day was good humoured, enjoying a national day of celebration. 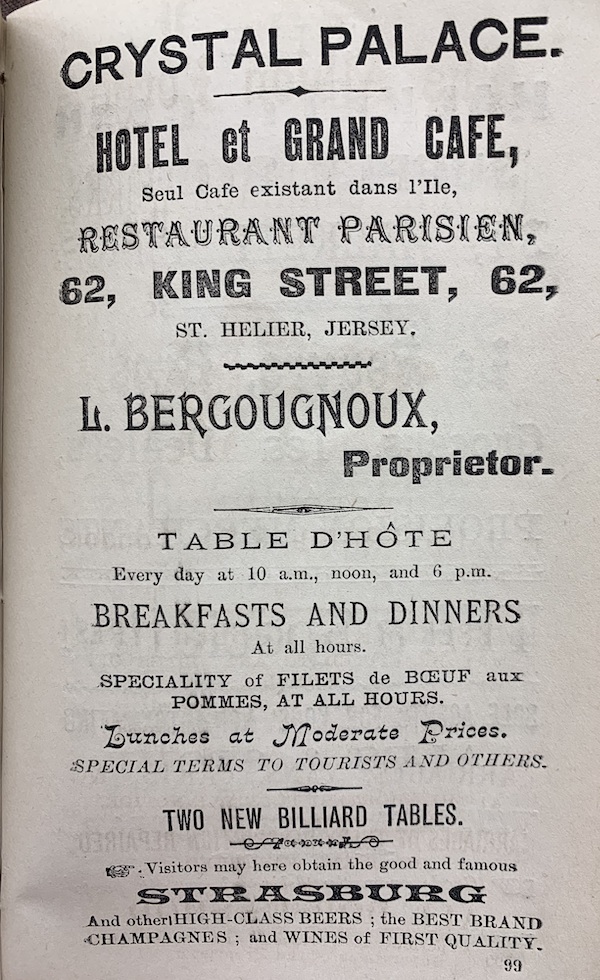 Pictured: An advert for the Crystal Palace Hotel from the 1890s.

However, the celebrations continued into the night and seemed to take on a slightly more sinister air. There had apparently been support for the Boer cause in the Island from some of the French residents. As a result of this, a group of young men went into the French district singing Rule Britannia and hitting doors and shutters with sticks. A resident of Hilgrove Lane, Madame Cousinard, threw water over the crowd, who didn’t take kindly to this with missiles thrown through windows in the French quarters.

The police and military went to disperse the crowd and after some time were successful but elements of the crowd went elsewhere, including to the Palais de Cristal. Linking the hotel to its French management and clients, the mob attacked the hotel, completely smashing the front windows in the process.

The owner of the Palais de Cristal put in a compensation claim to the Parish of St Helier for the damage done to his property. He claimed that the Law on tumultuous assemblies, which was introduced during the French Revolution, made processions such as the one that took place illegal and that the people involved should have been brought under control by the Parish. Because it wasn’t stopped, he claimed that the Parish was liable for the damage. He said that his insurance would not cover the costs as it was a result of civil strife.

The Parish Assembly discussed the claim and, interestingly, was split, with a surprising number thinking that the Parish should compensate those individuals whose property was affected. As it was, the proposition was beaten by 35 votes to 13. 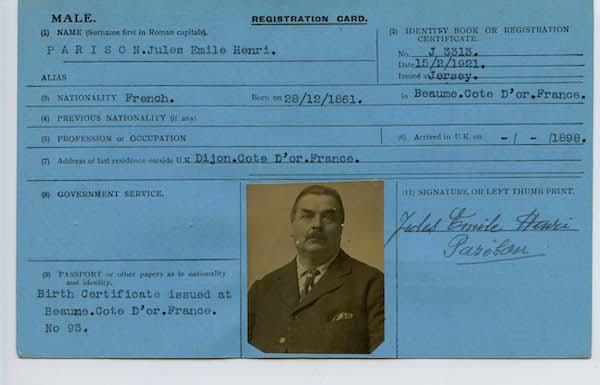 This did not deter Gregory, who next took his case to the Royal Court. His suit claimed that as a contributor to the parochial and police rate of St Helier, he had a right, not only to personal protection, but protection for his property as well. He said that the Constable had refused to meet the cost when asked and so he felt his only choice was to bring the case.

The parish claimed that the damage was not, in fact, caused by a tumultuous assemblage but by a meeting of young people, who were celebrating the victory of their Mother Country and were provoked by the residents of Mr Gregory’s house through injurious words and actions which in turn provoked the passers-by to violence, which the police were unable to stop. They also said that the amount claimed was inflated.

Various policemen gave evidence to the effect that they were in different places when damage was being done to the hotel and so were not sure of exactly what took place.

The manager of the hotel, Jules Parison, was called to the witness stand to give testimony. He recounted that he had retired for the night when a crowd opposite his establishment began to gather and stones started being thrown through the windows.

He said that there were about 250 people in the crowd. He had also said that he had taken particular care that there should be no friction whatsoever so no provocation was offered. Advocate Baudains, who was defending the claim against the Parish, asked if anyone in the Palais du Cristal had hissed at a band passing just before Mafeking Day, and Parison said that it wasn’t anyone from his establishment. Later, there was a suggestion that a caricature of the Queen had been displayed at the hotel. 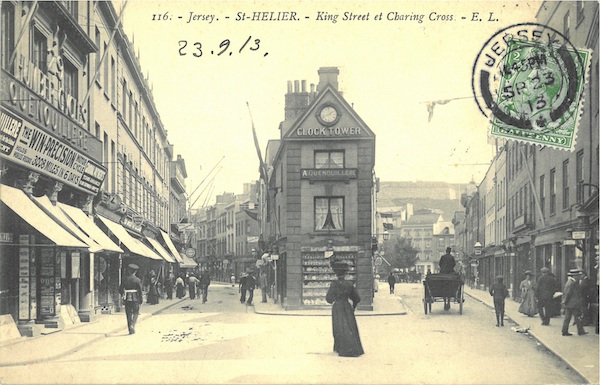 Pictured: A view down King Street and Broad Street with the Hotel du Palais de Cristal in the distance.

In summing up, Advocate Alavoine said that Mr Parison was, “a quiet man, who, though a Frenchman, had long resided in England. His clientele largely consisted of English people; he had given instructions that the French national anthem should not be played there, nor pro-Boer discussions allowed; while he had even hoisted the Union Jack outside, and so could not be suspected of attempting to provoke the crowd in any way”.

Advocate Baudains for the Parish said that this was not an organised demonstration and the parish could not be held responsible for unforeseen disturbances. The Bailiff pointed out that the term ‘unforeseen’ didn’t appear in the Law. The Bailiff and Jurats retired to consider the matter and returned shortly afterwards having agreed that the damage committed had broken the Law and the Parish was liable for £43 to repair the windows or to repair the damage themselves. They were also condemned to pay costs for the court case.

When the Parish Assembly met again in October, they discussed the case and decided not to appeal and to pay as the Court had ruled.

This article, put together by Senior Archivist Stuart Nicolle, only touches on some of the stories of King Street.

To find out more, sign up for Jersey Archive’s free online talk at 19:30 on Wednesday, 24 November by CLICKING HERE.

You can also catch up on previous talks in the 'What's your town's story?' series HERE.