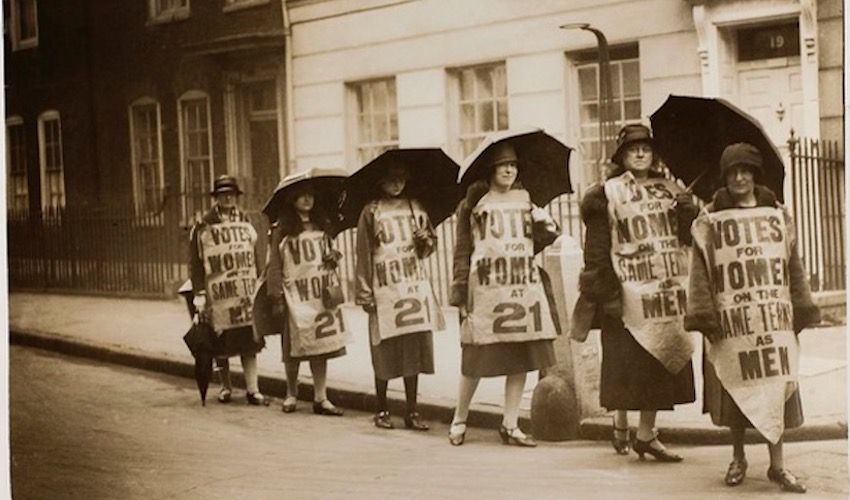 It's 100 years since Jersey women got the vote! From a local governess who worked in pre-revolution Russia to a professional chef and a flower artist, Express tells the story of some of the courageous ladies who made it possible.

Today, Friday 12 July, mark exactly one century to the day the 'Franchise Bill' was passed. It gave female ratepayers over the age of 30 the right to vote in Jersey. It also marked the first time that all men received the right to vote.

To celebrate "this vital moment in Jersey’s political history", a 'Votes for Women' exhibition at the Old Magistrates Court is currently on display until 20 July.

One of the exhibition’s highlights follows on from the ‘Are you related?’ appeal in June, which called for members of the public to get in touch if they believed they were related to anyone who signed petitions in 1924 calling for equal rights for women.

The exhibition therefore brings seven brave women’s signatures to life with photos, documents and anecdotes of their respective lives. 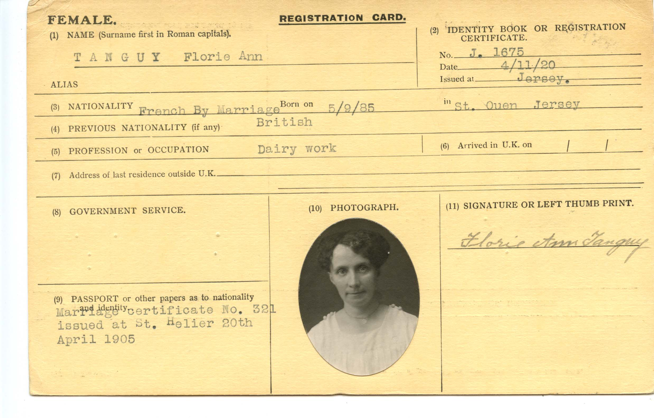 She was 19 years old when she married 25-year-old Louis Jean Tanguy, a farm labourer living in St. Ouen born in the Côtes du Nord in France, with whom she had three sons.

Florie was 39 when she signed the petition and was living at Don Road, where she had moved with Louis after their wedding. 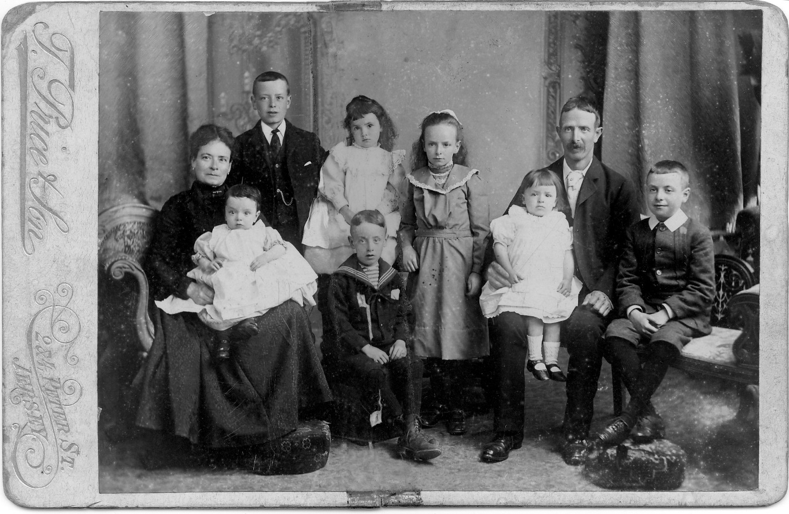 Pictured: Selina with her husband, Joseph, and seven of their children

Selina Male (née Beauchamp) was born in 1862 in St. Martin and married Joseph Male on 17 December 1885. They had nine children together over 22 years.

One of her sons, Arthur Joseph Male, was killed at the age of 27 in Ginchy, Somme during the First World War on 9 September 1916. He is buried in Thiepval, Somme, France and the new memorial at Parade Gardens bears Arthur's name.

Before Selina was married, she was a governess, speaking fluent French. She was employed in Russia before the Russian Revolution of 1917 to a titled family as governess of their children.

She later worked for Dr. Bentliff (who wore a top hat on his visits), accompanying him on confinements, and would make layettes (a set of clothing, bedclothes, and sometimes toiletries for a newborn) for poorer families. 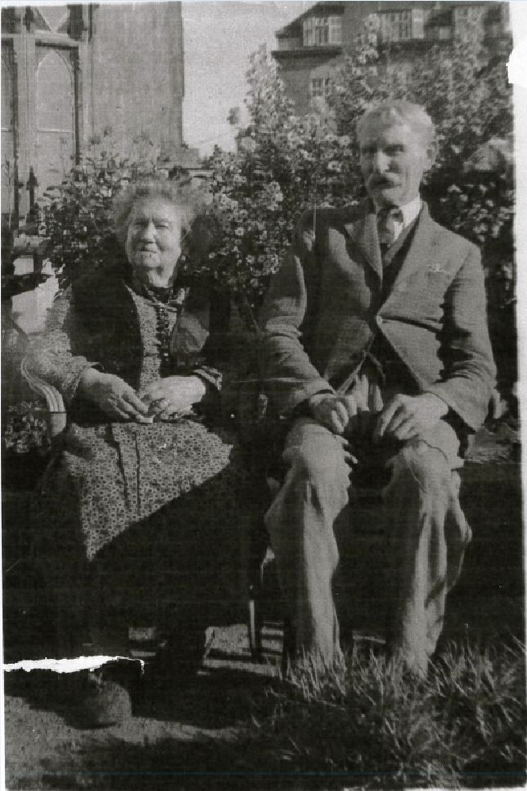 Pictured: Lydia with her husband at their home, Inglenook, towards the bottom of Tower Road

Lydia Millow (née Dart) was born in 1859 so she would have been 64 or 65 when she signed the petition. The Dart family were prominent builders and had arrived in the island during the first part of the 19th century. They were also prominent Methodists and built the Methodist Church in St. Aubin, which is where they lived.

She married William Richard Millow, a baker, in 1885 in St. Brelade and they had two children (who survived infancy): William Charles Paul (Charlie) Millow, and Daisy Lydia Millow who died in 1990, aged 99.

Charlie Millow was also a baker by profession as well as a prominent local Methodist lay preacher.  He also won seven caps in the Channel Islands Muratti football tournament, captaining Jersey for one of their games.

Lydia lived long enough to meet her first great-grandchildren, but later died at Inglenook in 1947 at the age of 88. 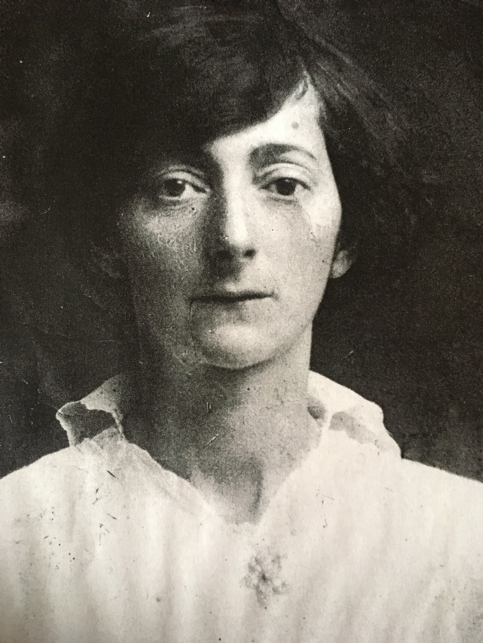 Amy Amelia Lobb (née Fry) was born on 30 November 1885 in St. Helier. As a teenager, she was remembered as lively, mischievous, full of fun and not unknown to flirting with the boys.

She married “handsome” John William Frederick Lobb, a 24-year-old baker, at the Primitive Methodist Church on 30 April 1912 and they had three children: John, Arthur and Elizabeth.

Amy worked for Day's Nurseries at 64 Roseville Street, where her lifelong delight in flowers, possibly begun.  She was much admired for her dexterity and artistry in making up paper flowers.

She lived through two world wars, and had to endure five years of Occupation by the Germans with the separation from loved ones and shortage of food and other commodities that it caused. 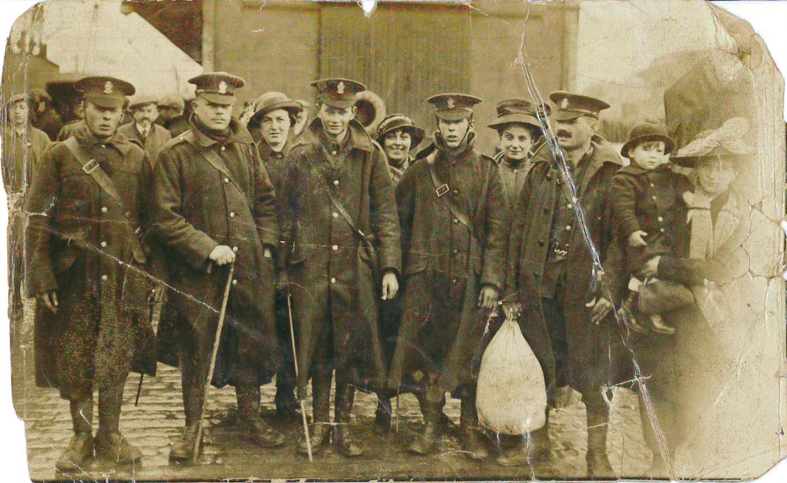 Pictured: Ada (far left) with her brother, Jack (to the left of her)

They lived in Gorey village and had six children.

It is understood that Ada was a professional cook, preparing food for the owner of a substantial Jersey property, while Lucien was a farm labourer.

It is believed, from anecdotes passed down through the family, that Ada was a formidable character and ruled the household.  She died on 23 September 1958, aged 67. 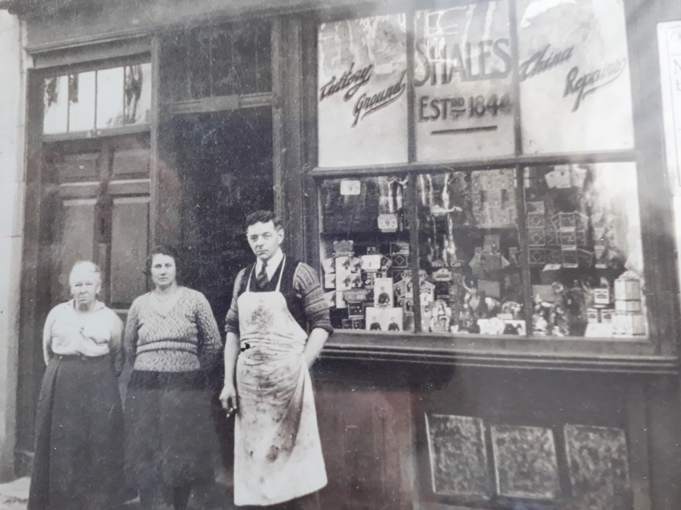 Ada Jordan Shales (née Wood) was born on 8 July 1898 in Grouville. According to the 1901 census, she lived in Bon Air House in La Rue à Don with her four sisters and one brother. Ada’s mother’s family was from Sark and her father was a plate layer.

She married Arthur Shales, who made and sold cutlery in a shop at 14 La Motte Street.

They had four children: Arthur, Joan, Douglas and David. 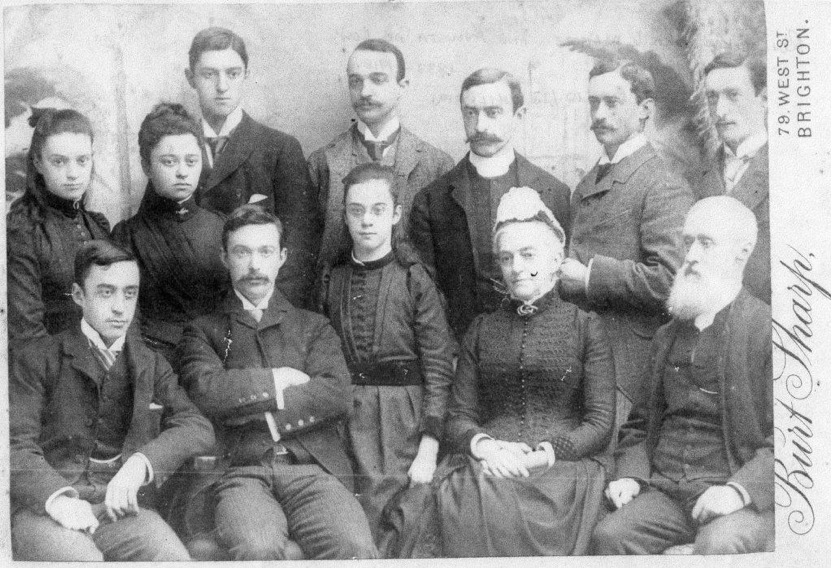 The 12th child of Rev. John Harry Le Maistre, who was once the reverend of St. Aubin on the Hill Church, Ms Le Maistre was born in 1875 and lived through the Occupation until she died in 1948.

She spent her last years in St. Brelade.

But these women didn't only help secure women the vote - they also paved the way for females to be elected to serve as politicians...

This morning, 21 female States Members from past and present came together in the 'Suffrage' colours of purple (representing freedom and dignity), white (symbolising purity) and green (signifying hope) in celebration.

Among those currently serving were those from the previous Assembly, as well as those from further back in time - including Enid Quenault, who was the eighth woman ever to be elected in Jersey in 1975.

Thank you to the 21 female politicians, past & present, who came together this AM to mark today’s milestone anniversary of 100 years of #Votes4WomenJSY. Out of 45 female politicians elected since 1948, Enid Quenault (front left) was the 8th to be elected to the #StatesAssembly pic.twitter.com/rv3eDbhBaz

The group took part in a symbolic meeting in the States Chamber, in which Deputy Louise Doublet, who is leading the centenary celebrations, gave a speech. They also posed for a commemorative photograph.

“It is an honour to celebrate these women, some of the 45 ever to have been elected to the States Assembly since Deputy Ivy Forster, in 1948 – we must never take for granted the women who struggled to achieve equal rights for all.  Please join us for these exclusive, one-off photoshoots.  It is unlikely such get-togethers will take place for another 100 years," Deputy Doublet commented.

Tomorrow, islanders will be given their own chance to take part in the celebrations.

They're being invited to join a 1km celebratory march tomorrow (Saturday 13 July), which will start at 14:00 from Charing Cross. 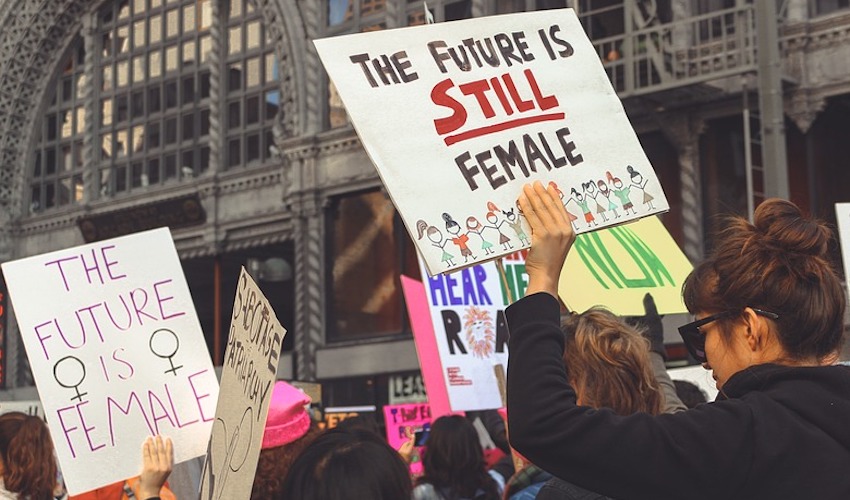 It will be led by local groups, Women in Politics and the Soroptimists, while local choirs Concordia and Vocalize will sing ‘March of the Women’ up to the Royal Square.

In the Royal Square, participants will hear from speakers such as Charlotte Valleur, Chair of the Institute of Directors; the Minister for Education, Senator Tracey Vallois; and high profile champion of equality in the workplace, Lucy Layton of Jersey Heritage.

“We want to pay tribute to the hundreds of strong and courageous women and men who bravely campaigned at a time when women’s civil and political rights were severely restricted. These events are a celebration of how hard they fought to achieve the right of women to vote, at a time when women were perceived as second-class citizens," Deputy Doublet explained.

"Of course, many of us take for granted the fact that women can vote today; but 100 years ago, it showed bravery, fearlessness and courage to stand up and demand such a vital change in Jersey’s democratic history.  The women of Jersey have come a long way over the past 100 years, but we still have a long way to go – please come and show your support.” 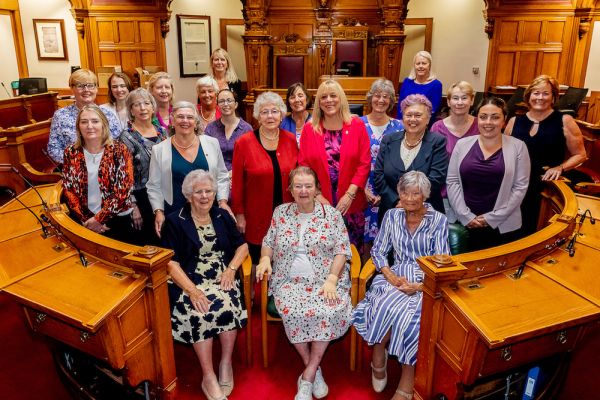 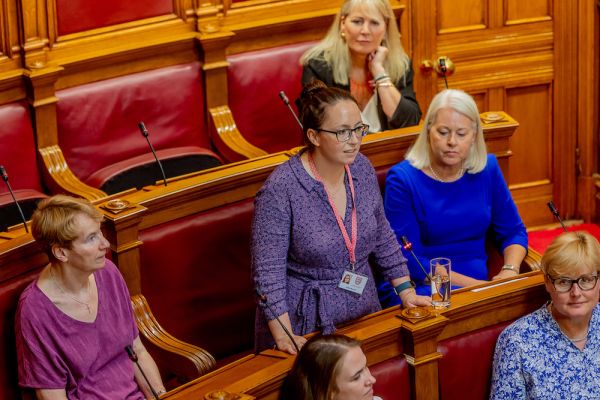 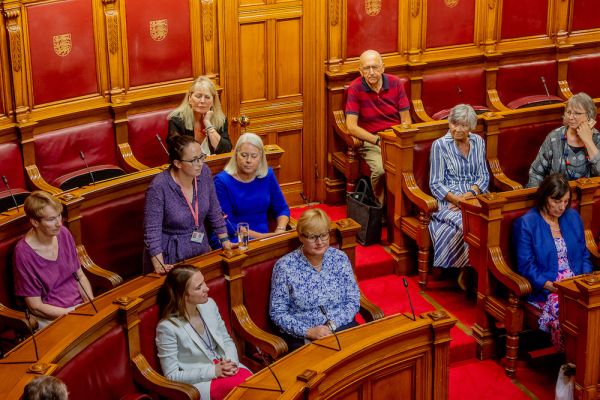 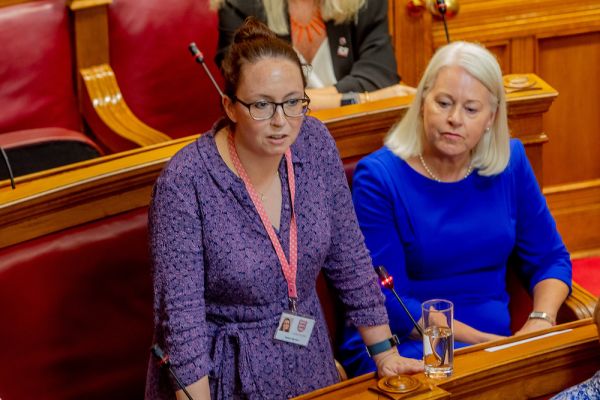 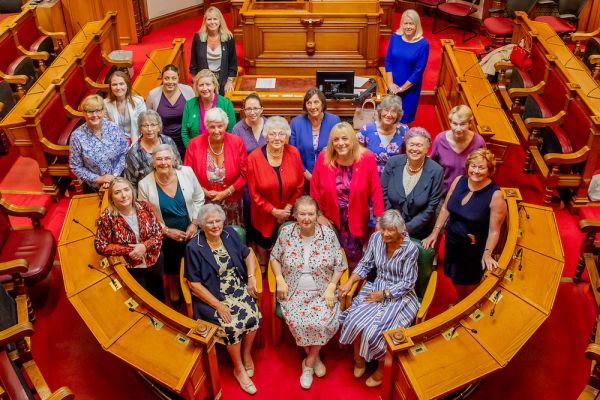 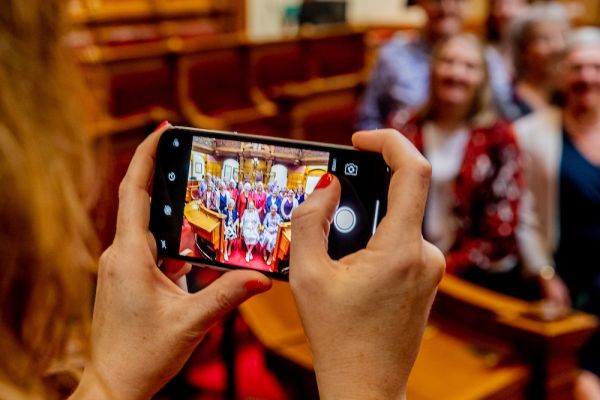 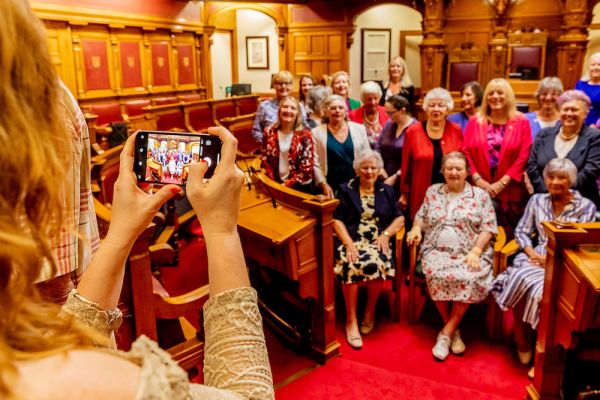 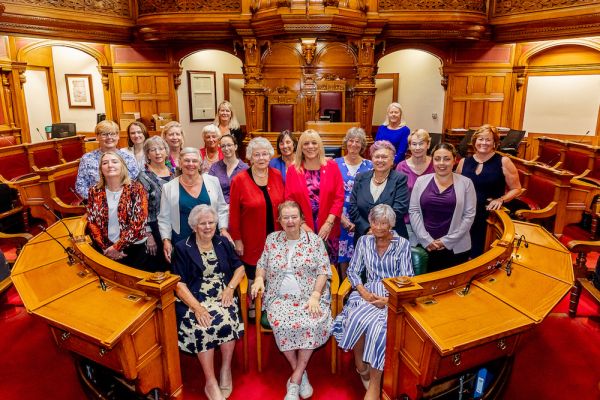 CULTURE CALENDAR: "Making 2021 really a year to look forward to"