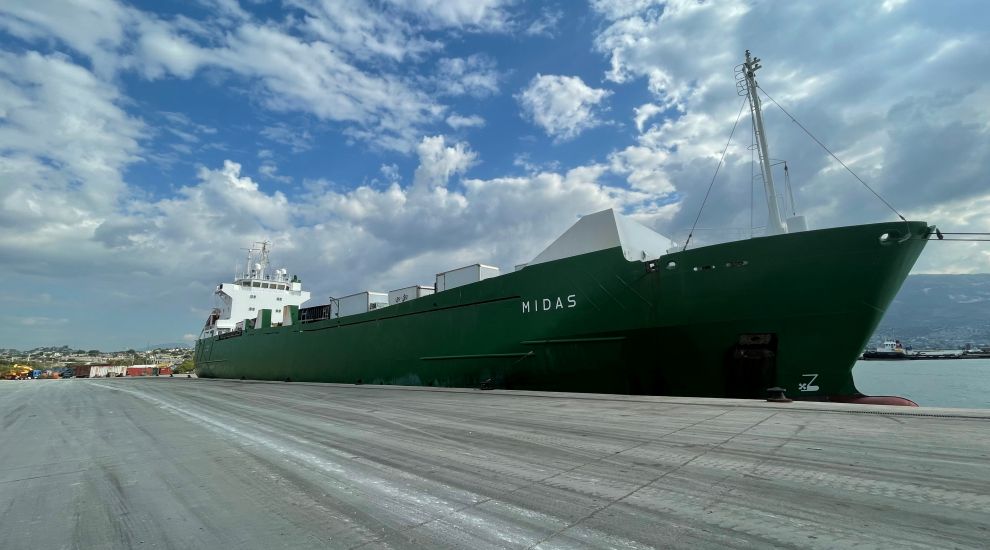 Condor Ferries has brought in an additional boat on trial to address its half-term woes.

Last week the ferry firm announced that its freight ship, the Commodore Goodwill, was damaged while in dry dock during routine maintenance in Spain.

The Clipper had to be used to cover the freight routes, affecting some families booked to travel between the islands and the UK during the schools' half term break.

Now, the MV Midas - a 108m freight-only vessel - has been brought in for sea trials on the Goodwill's usual route. Condor said if suitable it will provide capacity between Portsmouth and Guernsey.

The MV Midas (pictured) was built in Germany in 1990. It sails under the Finnish flag and has a main deck and lower hold for trailers.

Condor Ferries said that "should the trial be successful, the vessel would cover Commodore Goodwill’s delayed return from dry dock and support the company’s lifeline freight operation."

Condor set for 2023 improvements after talks with Deputy Inder

States to challenge Condor over ferry service to the island

States pull out of ferry purchase