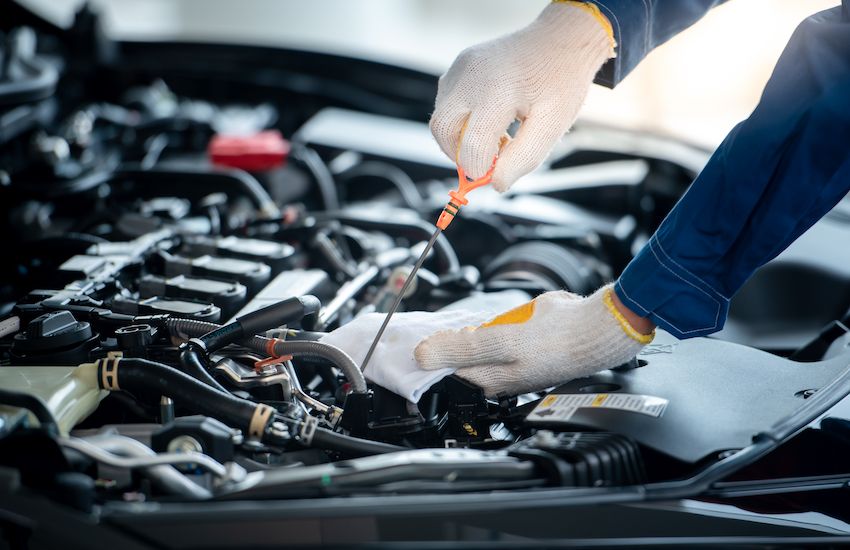 The Infrastructure Minister will shortly make a decision on who will carry out MOT-style checks in Jersey and whether all drivers will have to go to a single Government-owned testing centre.

Express understands that Deputy Tom Binet will turn his attention to the centre in the next few weeks, now that his review into the hospital has been published.

Garages will be keen to find out if he intends to change tack, as he has with the new hospital. The previous administration opted to build a single testing centre but failed to find a suitable location to build it.

Jersey committed to introduce MOT-style checks for vehicles – which will be once every three years – when it signed up to the UN Vienna Convention on Road Traffic, which was extended to the island in March 2019.

This was to enable Jersey cars to drive in Europe after Brexit.

Lorries have long been inspected regularly and the Government introduced biennial motorcycle checks in April 2019.

£6.475m was earmarked in previous Government Plans for the construction of a Vehicle Testing Centre but no such facility has been built.

It was planned that car inspections would begin this year but funds had to be reprioritised and the centre has been delayed until 2024.

It is understood that the £6.475m was allocated by the Treasury but never drawn down by the Infrastructure, Housing and Environment Department. IHE would therefore have to make a fresh bid for funding. 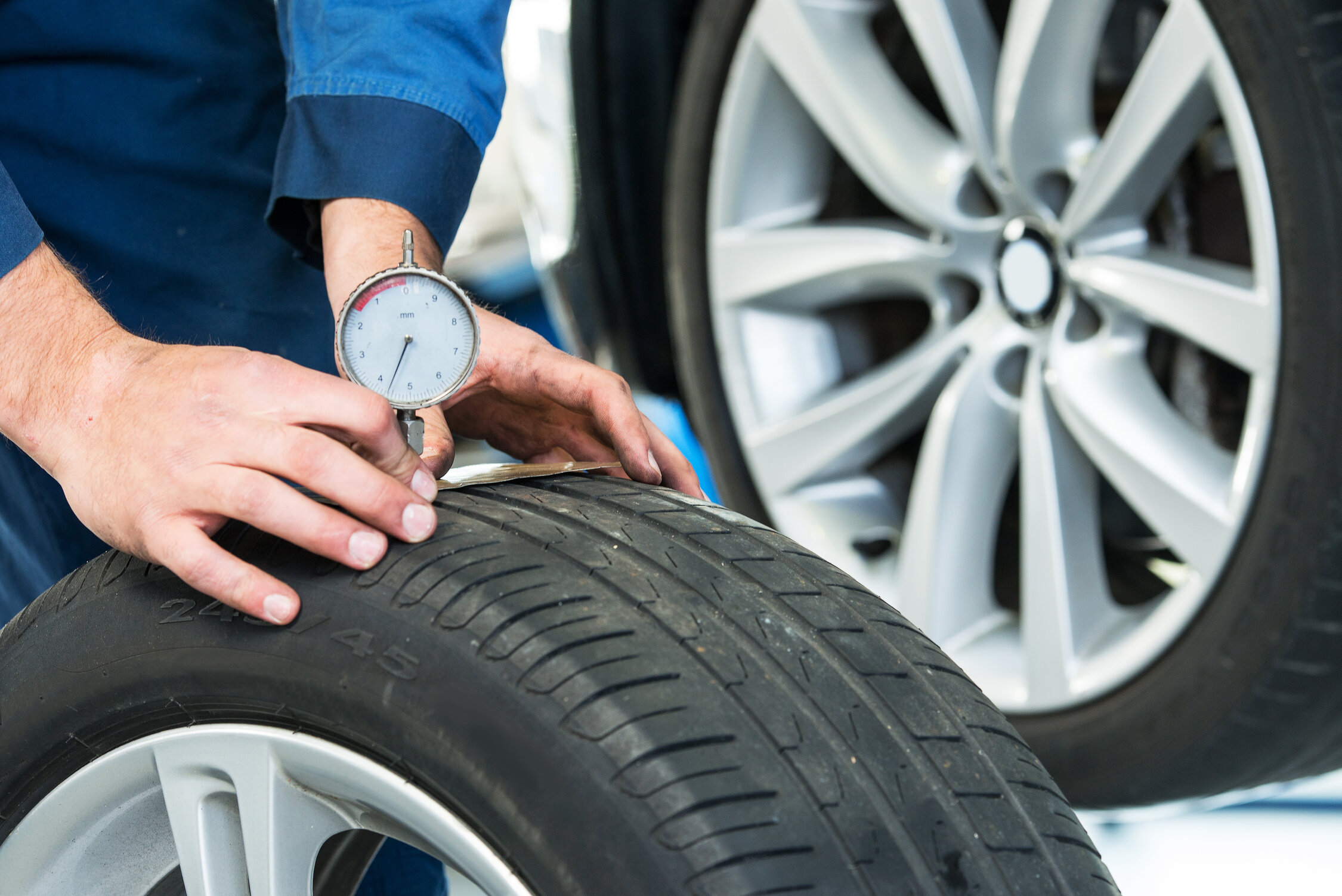 Pictured: A decision on how 'periodic vehicle inspections' will be carried out is due imminently, Express understands.

Some in the motor trade believe that having a single Government-run centre will be a costly and inefficient exercise.

Martin Fernando, who owns the island’s largest repair centre, said: “I suspect it would require up to 20 technicians to carry out the MOTs, and qualified technicians can get paid £26 to £30 an hour. We have a struggle to recruit so how much will it cost the taxpayer to have a full team?

“The major garages in Jersey have the skills and technicians already, as well as the equipment and I think it would be an insult to the people of Jersey if the Government spent all this money unnecessarily; why break something that isn’t broken.

“At the moment, we have honorary and full-time officers carrying out road checks. They not only find faults; it also gives them a chance to check insurance and whether someone has been drinking. Also, it’s going to be every three years but a kid doing donuts in a carpark can ruin their tyres in a few minutes.

“The number of people taking their cars to Europe is a fraction of the total on our roads. Surely it makes sense to require an MOT if you’re driving in the Continent but why make the rest of the island pay for it?”

Earlier this year, then Infrastructure Minister Kevin Lewis attempted to change the Bridging Island Plan to rezone two fields next to the Airport for a central testing centre.

However, he withdrew the amendment after it was roundly criticised by Environment Minister John Young, who argued that his ministerial colleague had bypassed the proper consultation process.

This week, now Constable Lewis said: “My preferred option would have been to build something down at La Collette but construction is restricted there by the rules that were put in place after the 2005 Buncefield fire.

“People have said why we don’t just check vehicles that go to Europe but people who travel here also need the assurance that all cars in Jersey have been checked.”

He added: “The UK has had MOTs since 1960 and there is a lot of investment required in staff and equipment to carry out the required checks. I opted for single Government-run centre because I did not want some garages to be disadvantaged by not having the resources to do the tests.

“We were certainly moving in the right direction and actively looking for a site, but it is obviously up to the new Infrastructure Minister to decide the next steps.

“I understand that those overseeing driving standards in Europe are aware that we are still looking for a site and are content that we are moving towards compliance with the Vienna Convention.”

Guernsey has opted to use local garages to carry out checks rather than a central centre.

Express previously sat down with DVS Head Gordon Forrest to discuss the plans for driving MOTs into Jersey...

Posted by John Henwood on Nov 8th, 2022
It seems unnecessary to introduce MoT type tests in Jersey. There are frequent road checks in all parishes at which vehicles which are thought to be unsafe are required to be checked or, in some cases, immediately taken off the road. If, however, our nanny government decides we must have them, the worst option is to make testing the sole responsibility of government. Such a move would be unduly bureaucratic and probably unreasonably expensive. There are so many good, competent motor services business in the Island that testing could and should be left to the private sector.
Posted by IanSmith97 on Nov 8th, 2022
There was no need for Jersey to sign the Vienna Convention. The U.K. Dept for Transport confirmed this to me. We could have stayed in the Geneva Convention and continued as we were. The public should be told this. Yet more expense for the government in premises and staff (where are they going to come from?) and the public (in needless examination fees). This should never and need not have happened.
Posted by Scott Mills on Nov 8th, 2022
Not having one done, not in a million years. If I want to drive in europe, I'll hire a car which is correct for mainland europe (lights, driving side the lot). I'm not paying for something for my vehicle which I know I'll never take to france, or wherever in europe, And one centre....CARTEL once again....isn't that what the DVS do. Anyway a very expensive project. Also can anyone else while we on this subject of vehicles explain to me....I've seen so many "electric scooters" using the roads....even saw a person using a high powered wheelchair (wearing helmet) in st.peter's over the summer. Are these 1) allowed to use the same roads as motorised vehicles, 2) They insured 3) registration in case of accident. Get that sorted before starting on whether you want to drive from st.malo to rennes for the weekend. Just another money making project, when I get my work van serviced one a year!!!! so no thank you for the extra cost. Lovely beaches maybe I'll take a drive on them seeing as electric scooters are fair game on the roads.
Posted by Matthew Chambers on Nov 8th, 2022
This is a problem that has been present in the island for a number of years, pre-Brexit and one we chose to ignore. If there is no factual evidence to show that there is a significant amount of cars that are unroadworthy because of significant faults (not blown bulbs or bald tyres!) then we should keep the testing to vehicles travelling to Europe.

As an island we spend so much tie trying to address issues where there is no evidence to support them being a significant issue in our society. Spend tax payers money where it is needed, not to resolve every issue that might be present. If look at the variety of speed limits around the island you will see an example of this.
Posted by Ann Robbie on Nov 8th, 2022
I agree with all the previous post above. I would also add that if a vehicle has an up to date annual service history then why is that not sufficient for every day use of a vehicle. As others have said if you want to take your vehicle to Europe then get it inspected to get the correct paperwork.
This will become a bureaucratic nightmare and an unnecessary waste of our taxes (again). Why is this even been considered at a time when the we are struggling with rising motoring costs, not to mention energy and food costs amid rampant inflation.
Posted by Richard Milner of leeds on Nov 8th, 2022
The thought of all cars registered in Kersey being required to take an MoT type test whether or not they are going off island is ridiculous.
There are approximately 128,000 cars registered. So about 43,000 would need to be tested each year . That is some 120 per day including weekends and bank holidays. Or about 170 excluding bank holidays and weekends.
Do garages currently have the capacity and how would they hire the additional staff needed to carry out these tests and any additional repairs needed as a consequence of the tests?
Posted by Private Individual on Nov 8th, 2022
I'm a mechanic, and trust me when I say that the cars coming from countries with MOT tests are in much worse condition than local cars. Many of which are very new.

This decision, along with the climate doom mongers who have no knowledge of electric cars and how they are made or the devastating toxic mix of materials used to make them, are dictating policy that is not based on fact or reasoning. There is no way to process electric car batteries on the island and are very difficult to process if at all on the mainland. How qualified will the inspectors be? Who is going to certify them to give a detailed break-down of defects if they have no knowledge of being a mechanic?

If people wish to submit their car for a test before they go to Europe, that should be down to each individual, as many people do not drive off island and should not be subject to what amounts to another covert tax. Never mind the fact that there are not enough mechanics on the island to cope with this nonsense, it should be reversed the same as the hospital project.

The fact that motorbikes are supposed to be tested is proof that this system does not work, as the amount of bikes on the road with noisy modified exhausts systems is at epidemic levels, with DVS or the police doing nothing to stop it.
Posted by Keith Marsh on Nov 8th, 2022
It seems to me that Deputy Tom Binet likes confrontation ~ the ink is hardly dry on his scrapping of Overdale Hospital project, that had been fully sanctioned by the State of Jersey, Now he wants to stir up more problems with this most stupid idea of all Jersey cars requiring a form of MoT .
License all main distributors to carry out tests on the cars they know, IF the owners wish to drive in EU.
Posted by Private Individual on Nov 9th, 2022
What about the small independent garages keith? This is wrong if it it not applied to every garage owner which includes the little guy.
To place a comment please login Login »

Filling in St Ouen's Bay quarry with waste will be "delicate"