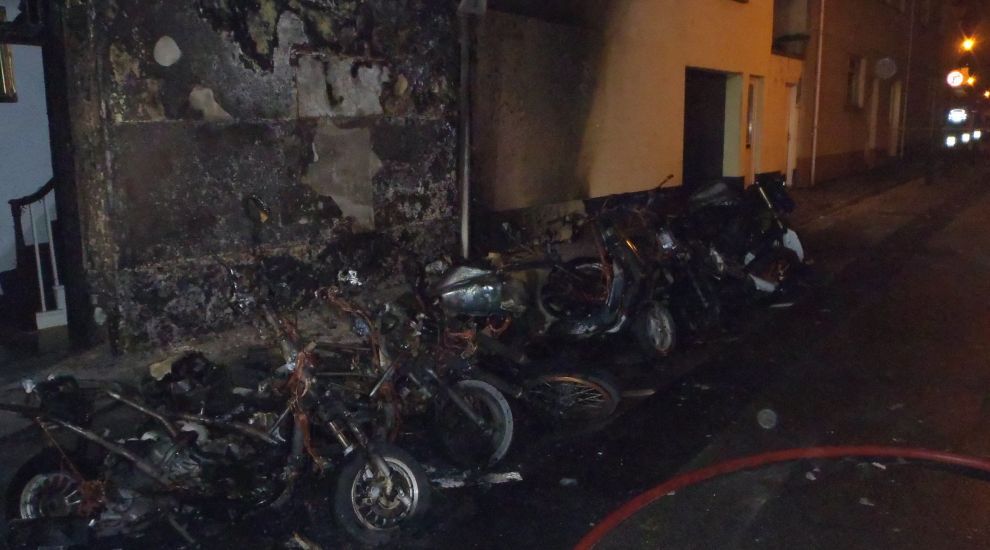 Two women were rescued from a first floor flat in town on Saturday night after a load of motorbikes went up in smoke, trapping them inside.

Firefighters were called out at 3 am to tackle a big fire that ruined eight bikes and had spread to the property they were parked next to.

The heat from the fire was so intense it cracked the windows of properties on the other side of the street.

The crews pitched a ladder to the first floor of the building and Firefighter Nick Willis went in through a window to give medical care and to reassure the two women trapped inside while firefighters quickly brought the fire under control.

Once they'd cleared the smoke from inside the flat the women were taken outside and then taken to hospital.

Watch Commander Richard Ryan said: "The home owners had been woken and alerted to the danger they were in, by the sound of their smoke alarm actuating.Having this early warning allowed them to go to a room of safety, open a window to fresh air and await our arrival.This incident once again showed the importance of having a working smoke alarm.”

Firefighters and police are still investigating the cause of the blaze.
Picture credit: Jersey Fire & Rescue